American fashion is possibly the most frequently referenced, adapted in the world. The informal style is replicated by every retailer known to man and the names that have made American fashion resonate with us all. “Ralph, Calvin, Donna, Tommy, Michael, Tory. Fashion in the United States has long been dominated by superstar designers whose brands are almost synonymous with their first names,” wrote Lauren Sherman on the Business of Fashion the other day. I could reel off another few that have also had a profound effect Vera, Tom, Alexander, Zac. The culturally-aware few outside the realms of the fashion industry will recognise those names. Compared to other cities, America’s list is by far the longest. These are global brands, that even register with those in small Irish towns.

Tory Burch assumes a triptych of positions at her namesake label; she’s the chairman, chief executive officer and designer. She founded her label not too long ago—in 2004—but has risen to global stardom. Notably, it’s been her accessories that have propelled her to this level of global recognition. The Council of Fashion Designers of America awarded her Accessories Designer of the Year in 2008, and Forbes consider her to be one of the most powerful women in the world. With an impressive net worth of $1 billion and rising, you can’t ignore Tory.

She presented her Spring 2017 on Tuesday morning. Tory endeavours to dress the WASP—the one who enjoys the finer things in life: sips rosé in the Hamptons, or else on a yacht in St. Tropez. She wears her grandmother’s jewellery and will pass it down to her daughter, who will likely follow in her mother’s footsteps. The Tory Burch woman harbours heirlooms, stories and a thick wad of cash. She’s probably like Tory, a woman whose self-indulgent design ethos proves that these clothes are worth buying—if that fits your brand.

The collection was inspired by a merge between the East Coast and West Coast. East Coast prep (think upstate New York, or the Upper East Side) and West Coast bohemia (not the Lana Del Rey song, a much less gritty, more polished vision). There were fine silks printed with elaborate floral designs, knife pleated skirts, floaty summer dresses, Bollywood-inspired evening gowns in bright salmon, floral-printed maxi skirts and crisp-white eyeleted dresses. What you see is what you get, and the Tory Burch customer is well-accustomed to the output. It’s simple, extremely specific to that customer, which adds the element of exclusivity I’m sure the Tory Burch woman likes to douse herself in. 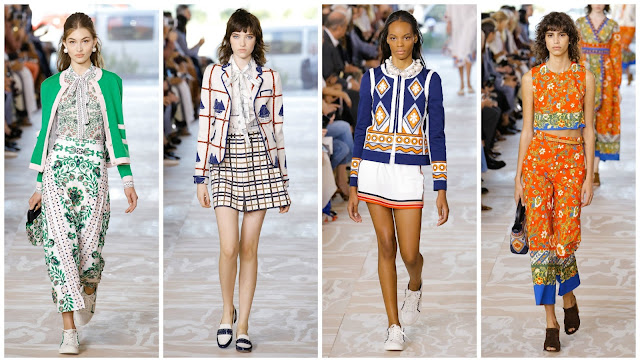 Michael Kors, like his contemporary, offers women a select vision of perfection. There’s precise tailoring, overt peppiness, pretty dresses and an Aspen (for the winter) or New York (for the summer) mindset to each collection. The way that Michael effortlessly rotates between these two locales is the exact same way his customer does in her life. She spends the majority of her year working in the city, on the grind, and then trades the Big Apple for the slopes in Colorado, where she undoubtedly owns property. If not, she stays in the most decadent hotel, where she is on first name basis with the staff.

With this collection he did what he does best: a longstanding portrayal of American glamour. Hither and thither, it was laced with fun. Joan Smalls opened the show, barefaced, in a navy coat dress cinched at the waist with a brown belt, a cross-body bag and high heels her accompaniments. Kendall Jenner—the girl next door archetype—was next in a flowery number with matching heels. Along the way the Kors crowd picked up Cameron Russell wearing a fifties inspired bikini, Ine Neefs in a sweet, pink two-piece, Taylor Hill in a 1990s-inspired black evening shift, and Bella Hadid in a spangly dress. To show this assemblage of supermodels how it’s done, Kors recruited Carolyn Murphy to close the show.

Frequent wearers, Sienna Miller and Emily Blunt were front row, alongside Anna Wintour. The front row is an important nugget of information at Michael Kors because you can begin to play a game of ‘Which Celebrity Will Wear This?’ Let this be known, there weren’t many outfits that the actress couldn’t pull off with aplomb. Another key factor to the famed American designers.


The American fashion designers that have ‘made it’ are the ones that have a strong sense of character—both the designer and the muse. Whether it’s Ralph’s countrywoman, Tory or Tommy’s prep, Michael’s pep, Donna’s strong working woman, Calvin’s minimalist, every single one of these brand’s established its niche in a time when it was easier to do so. Luckily for them, the customer has stuck around, and every collection they release is merely a character building exercise. Therein lies the beauty and power of American fashion. 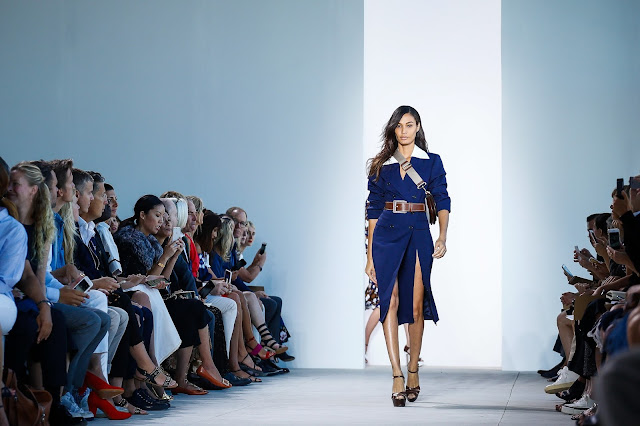 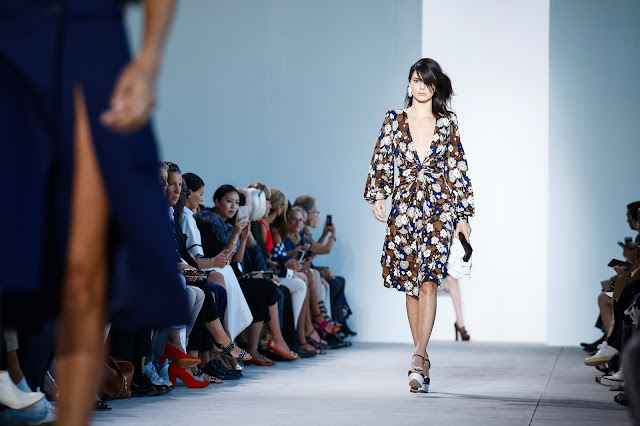 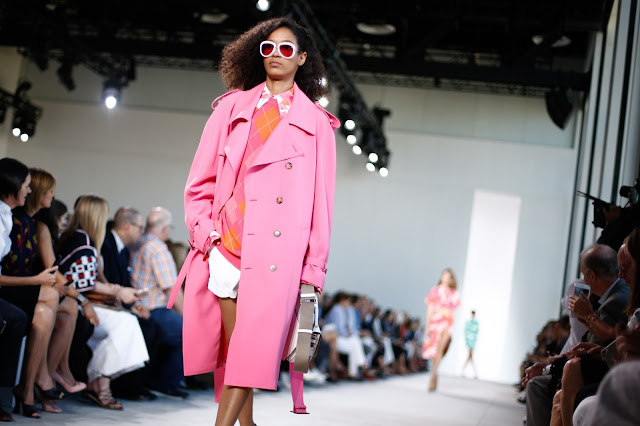 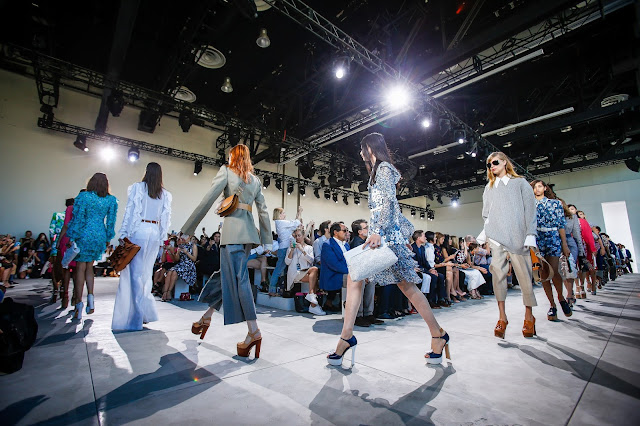