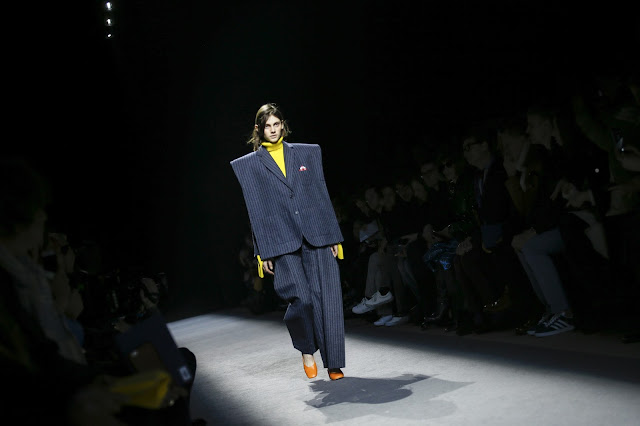 In the past two years Simon Porte Jacquemus rose with the new guard of Parisian designers that stormed the French capital with their unabashed individuality, freneticism and off-kilter exploration of tired tropes. Jacquemus was perhaps one of the fiercest standouts in that crew—which featured also Wanda Nylon, the Coperni Femme boys now at Courrèges, the Carven duo, Vetements—and that’s a feat in itself, especially when in the same sphere as the Vetements juggernaut. His oddly captivating shapes whisked the fashion industry off their feet.

For Fall 2015 the shapes were cut strangely; his poetic expression was divine that season but the talent was there. He interacted with nudity in a delicate, innocent way. He captured ease with barefoot models. Ease was something that strings the thread between all of his collections. For Spring 2016 he looked at suiting and sportiness. There was something more rigid about the lines and colours but there was still an effortless. He derives this effortlessness from the South of France, his locale. Speaking from experience, the South of France is the most mesmerising locations and designers never fail to translate this to their collections. Jacquemus’ experience with the South of France isn’t contrived, image-driven, it’s simply the lifestyle he is familiar with. 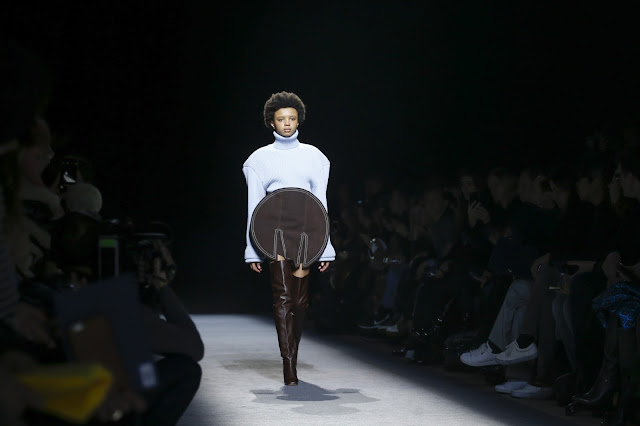 For Fall 2016 he wanted to evoke a new incarnation of his woman. He saw her in heels, but it contradicts with his image of her—usually, she’s in white flats. But Jacquemus worked with this contradiction. He introduced heels, a more grownup option that signified his personal growth as a designer. The girl has grown too. Whether she’s wearing her father’s pinstripe suit (of Margiela proportions), or a waist-cinching evening dress—the Jacquemus girl is exploring adulthood. There’s the age old trope of dressing in your mother or father’s clothing and it looked like that was at play in this collection. Cong He donned a crisply cut light-blue shirt pinned to centre of the body; Kai Newman before her wore a pinstripe and block-coloured tuxedo with a slash diagonally, fastened together with haphazardly tied white bows. Following this, models emerged with single opera gloves or wide-shouldered blazers; their mother’s thigh high boots from her disco days; a prom dress draped across a navy jumpsuit.


With progression comes the growing pains that designers find difficult to steer away from. This collection evidenced little signs of confusion, or questions as to where he will drive the second act in the early stages of his career. It’s his subtle poeticism that strengthens proving Simon Porte Jacquemus to still bear the title ‘wunderkind’. 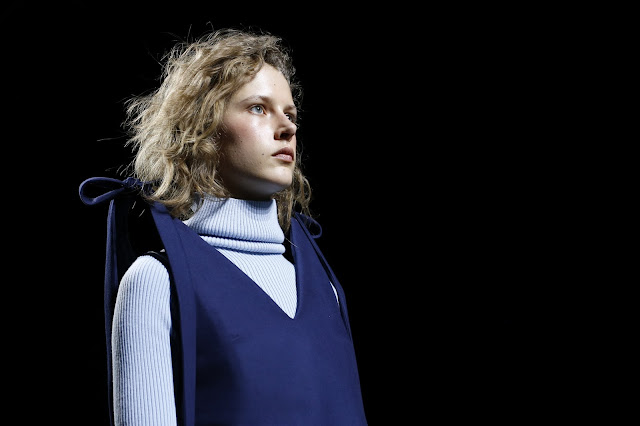 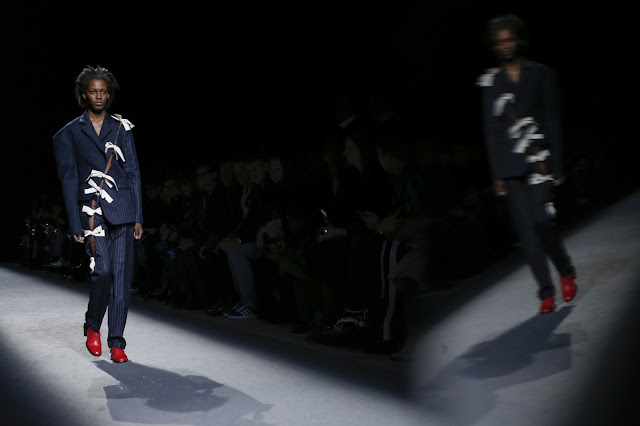 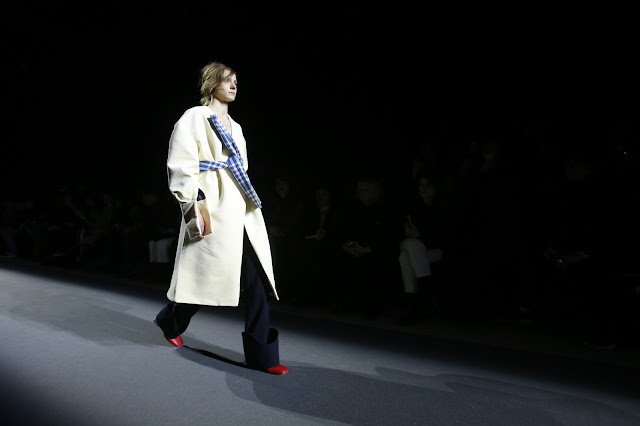 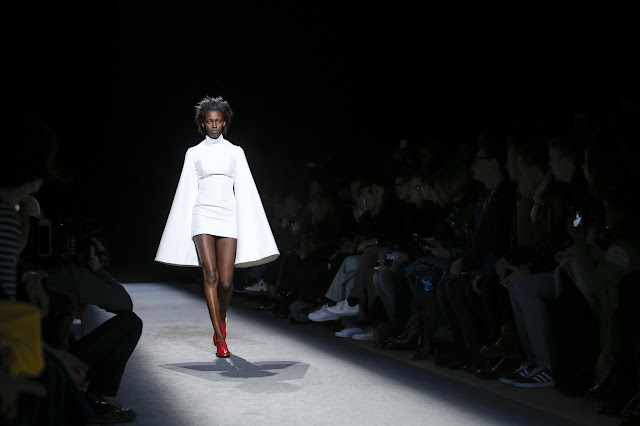 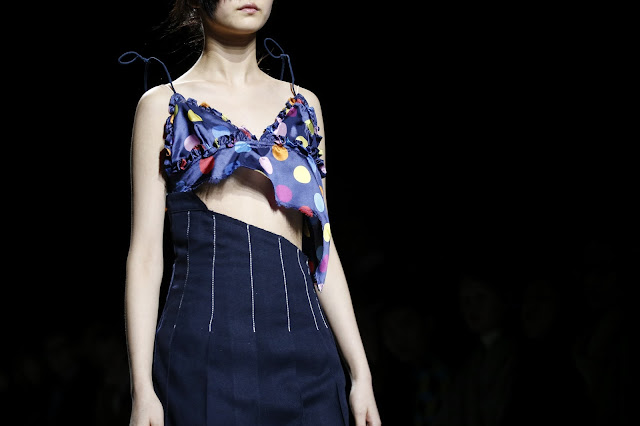 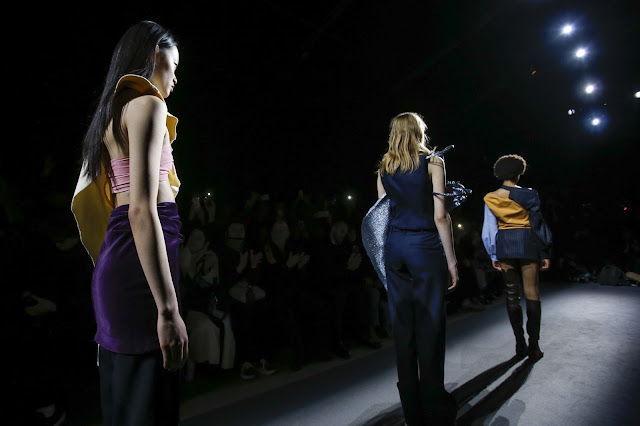