Couture is the product of tireless craftsmanship from a group of petite mains. They are the men and women who work behind the scenes to handcraft the articles of clothing that miraculously make it down the runway after hundreds of hours of work. It’s quite remarkable to witness the couture shows. Sunday and Monday’s offerings inspired cynicism and apathy in me, but the Chanel show yesterday morning reignited my love and appreciation for the craft. Primarily this was because Karl Lagerfeld invited the petite mains to be the set. No extravagant lion consuming the Grand Palais, no feminist march, no shopping mall; just a few rows of tiered seating, the petite mains at work, and gracefully dressed models.

The setting at Chanel is to contextualise the clothing. We’ve seen a controversially cartoonish turn in Cuba (although most Cubans can’t meet Chanel’s outrageously high price points), athleisure to wear to the supermarket (a commentary on mass-consumerism), clothes for a post-apocalyptic meltdown (the end of the world could be nigh, Karl wanted his say). This season was all about the craft, though that’s not to say there wasn’t a connection to the zeitgeist. In recent years, films like Valentino: The Last Empire and Dior and I have risen in popularity. People want to know what happens behind the scenes. Here, Karl presents just that—the clothes originated from the women seated behind sewing machines, fitting models, hand-sewing.

On show yesterday morning: boxy boucle jackets and trousers, floral embroidered dresses—classic Chanel pieces, with an added focus on print and surface decoration. Couture allows the collection to go places the ready-to-wear can’t. Lemarié, responsible for the feathers and flowers, poured hundreds of hours into specially designing each petal to be adorned on tweed outfits. Lésage produce the intricate embroideries for the collection. Both companies are subsidiaries of Chanel—there are twelve in total, with roles varying from glove-making, shoemaking, to pleating, amongst others. Chanel purchased those “to preserve and promote the heritage, craft and manufacturing skills of fashion artisan workshops.”

The artist at work. Still one of the most fascinating aspects to artistic fields. The ability to watch something being made is so valuable and interesting. Like with last season’s front row only experience, Lagerfeld’s decision to pare back the setting enhanced the show. Regardless of spectacle or no spectacle, the Chanel show is still the show people will never stop talking about. 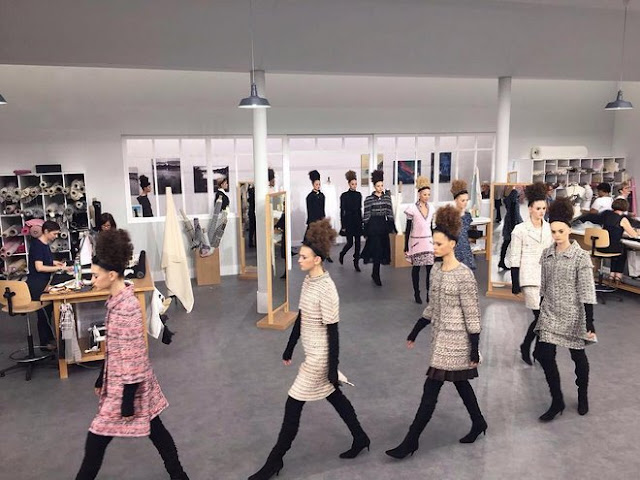 Similar to Karl Lagerfeld’s lifelong passion for his craft, Giorgio Armani is also showing no signs of slowing down. The 81-year-old has a career that spans fifty years, an impressive feat. His ready-to-wear line focuses specifically - occasionally, frustratingly - on impeccable tailoring. There wasn’t a shortage of that at his show yesterday evening.

His work, which features ubiquitous reference to Oriental dressing as seen through an Italian’s eyes, was as refined as it usually is. There was a splendid selection of outrageously expensive jackets and blazers that stole the collection. Another standout was a velvet evening gown, embellishment lining the front, bold shoulders and a deep plunging neckline. This is the Armani I love seeing. An evening dress emperor who can make any woman feel like an empress. Credit where credit is due: Mr Armani knows a thing or two about making a woman feel great. On the contrary, the velvet, baggy trousers on display, were slightly garish. They were MC Hammer Couture, not Armani Privé. 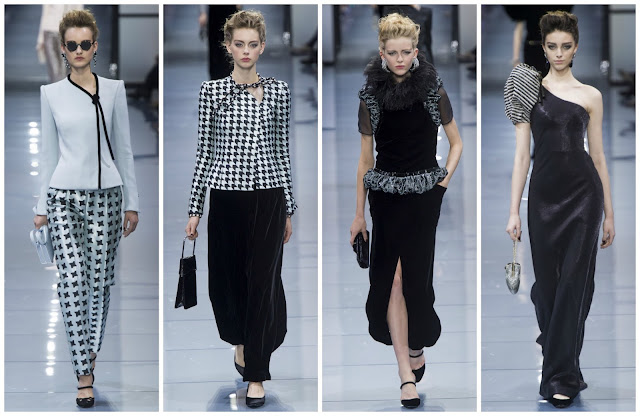 Two guest designers joined the schedule this season. Both of them presented yesterday. Giles Deacon from London, J.Mendel from New York. Giles forewent a London Fashion Week show last year, shuttering his ready-to-wear line. The designer opted to solely focus on couture, an announcement that shocked and upset many. What he displayed at couture week was largely forgettable but there are a few red carpet moments in the making. Anna Cleveland stars in the lookbook, conveying supposed drama to the viewer. The 20s-inspired collection would’ve benefitted from a show, if you ask me. The theatrical element that imbued his last two outings propelled the collections to be fan favourites. Lest we forget Anna Cleveland pirouetting down the runway more twelve months ago: an iconic runway moment. 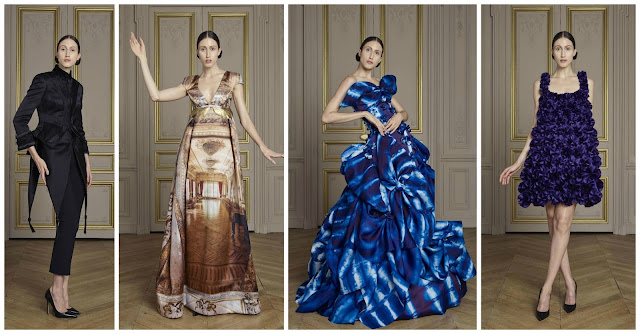 J.Mendel’s show was quite interesting. He’s a designer who doesn’t bear the same drama as Giles, nor has he had a career-defining runway moment. But his couture effort was something special. Gilles Mendel inherited the family business, which already specialised in private orders of fur and evening wear. That’s what he presented, but on an amplified scale to his meagre ready-to-wear. The furs will undoubtedly provoke ire from animal rights activists, but they were the most expensive looking furs I’ve seen in a long time—some brands make them look cheap. There was no cheapness to this collection. It was a confident outing.

I wrote yesterday about couture being fashion’s last stronghold. As evinced by the day, the couture schedule will live on forever. It’s a craft that’s being preserved and rightly so. For the unlucky ones who can’t afford it, it’s an opportunity to appreciate in a way that you can’t at ready-to-wear. 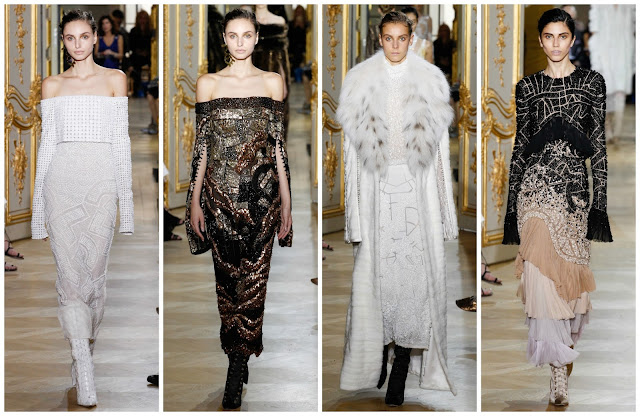