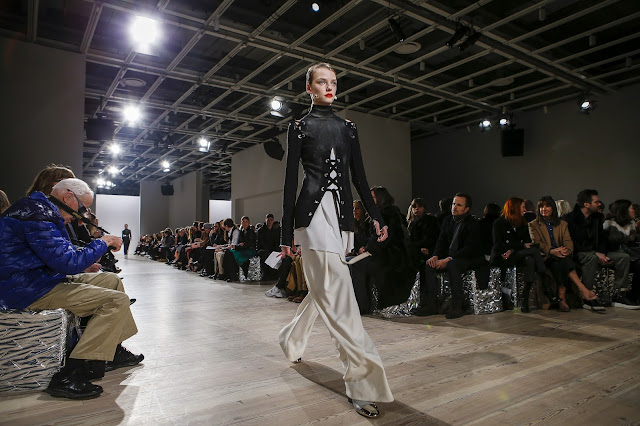 In February 2015, the Proenza Schouler boys were the last fashion show in the Madison Avenue Whitney Museum of American Art, and in February 2016, they became held the first fashion show in the new, improved downtown Whitney. Presenting in a museum that houses American art is quite fitting to host a Proenza Schouler fashion show. Jack McCollough and Lazaro Hernandez have very much engrained their label in American art references, name-checking Ellsworth Kelly, Helen Frankenthaler, Robert Morris, Jackson Pollock and more. For Fall 2016, they looked at a talented triumvirate consisting of Robert Ryman, Robert Smithson and Richard Serra. That trio features a minimalist painter, sculptor, and a land artist. The boys interpreted it through the use of the line, the way it was sinuously draped across the body.

The collection sought out to reflect last season’s, and the one before. There was something feral about fall 2015; instinctual about spring 2016. This season was soft by comparison. Bandaging back together the layers they peeled off last season, where ruffles made an appearance and shoulders were exposed. Grommets were accented with grosgrain straps, tied together in crisscross formation. Blazers were fastened together; ribbed knit wool dresses featured crisscross detailing; similar knotting accented twill jackets that evoked the classic denim jacket that rose to extreme popularity in the sixties and seventies.

The above two decades was when the likes of Serra, Smithson and Ryman were working. They focused on the process of creation, rather than visualising the end result. McCollough and Hernandez tried to capture that in this collection. (Speaking from personal experience, not visualising the end result is frustratingly difficult; though, I’m no artist). The beauty of the collection lay there:  the focus on the process informed the end result. It felt instinctual, but simultaneously careful and intellectual.

Intellectual fashion is as debated as the polemic against fashion as an art form. Both questions were raised here. While they were inspired by great American artists (Smithson’s Spiral Jetty directly informing one jacket), the boys managed to make an entirely new entity. Fashion is obsessed with newness, but it’s not every day that you actually get new ideas. These were new ideas, they way they toyed with proportion and sizing, “control and release” methods; it was refreshingly new, and intellectual.

Laboratory is an interesting word that couturiers are using more often. While they’re not couturiers, the word could easily apply to Proenza Schouler. There’s a remarkable level of experimentalism in their artistic expression; there was the season when they handcrafted the fabrics they used and the intuition visible last season. It unmistakably amplifies the power of their work, and the viability of New York Fashion as a worthy event. 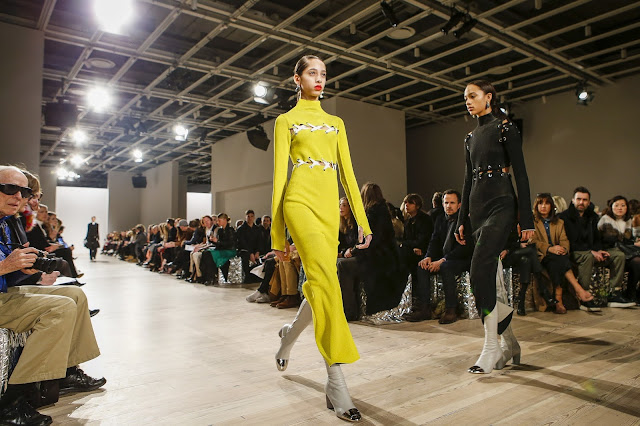 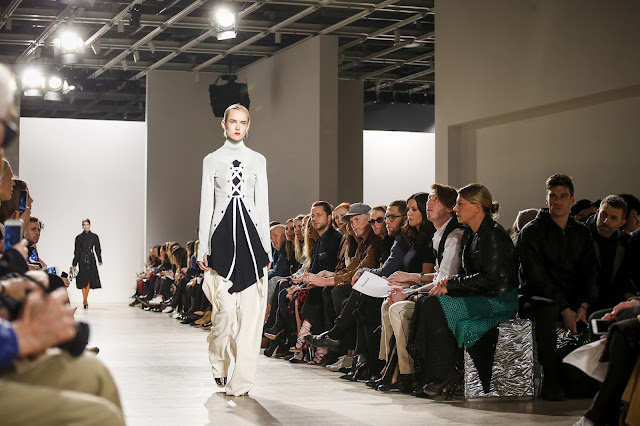 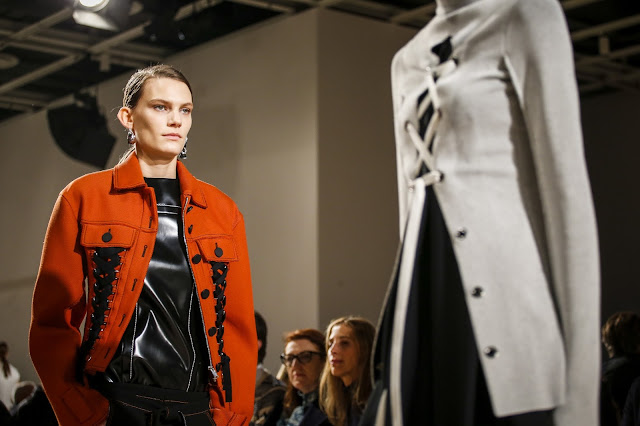 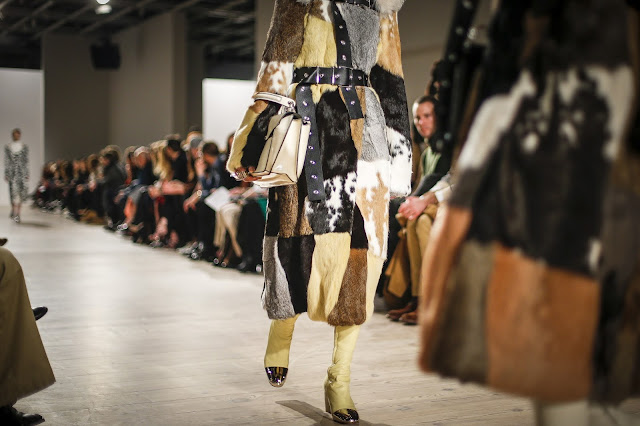 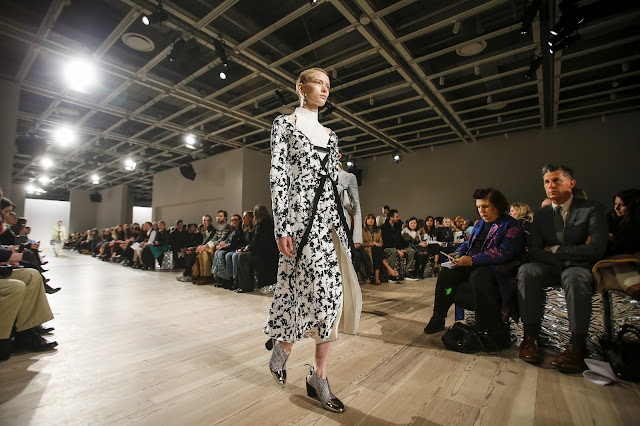 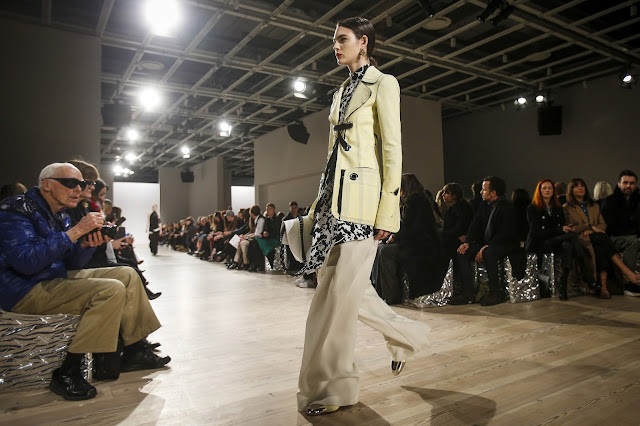 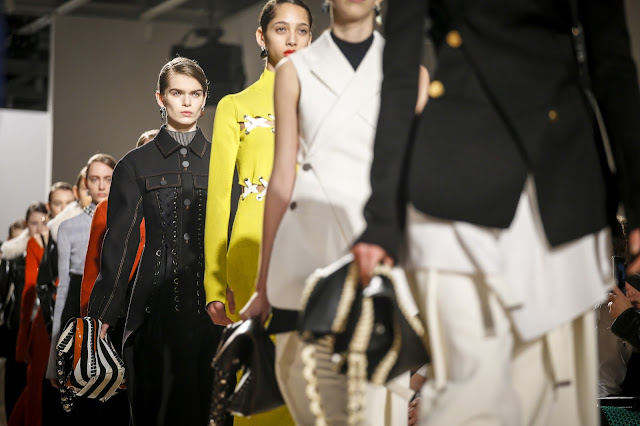