Ricardo Tisci’s been “celebrating love and life”, his Instagram bio reveals. The Italian designer, artistic director of Givenchy, joined the august house in 2005. In the past eleven years, Tisci has portrayed a different side to the house than founder Hubert de Givenchy. His has been many things: aggressive, confusing, ornate, beautiful, sporty. That’s an interesting melange of descriptions for one’s oeuvre, but there’re aren’t simpler ways of elucidating. For his Spring 2017 menswear collection, Tisci added another word to the list, one that captures his current mood: serenity.

A serene menswear show from Ricardo Tisci sounds impossible. You have your aggressively masculine macho-men modelling; the bubbling aggression that’s inevitably to be found in his work; but he defied the odds and did create something special, calm. The strictness that punctuates the Givenchy menswear show vanished. The suiting was lighter, looser: blazers were silk, trousers were slouchy. The footwear was simply trainers that doubled as formal shoes. 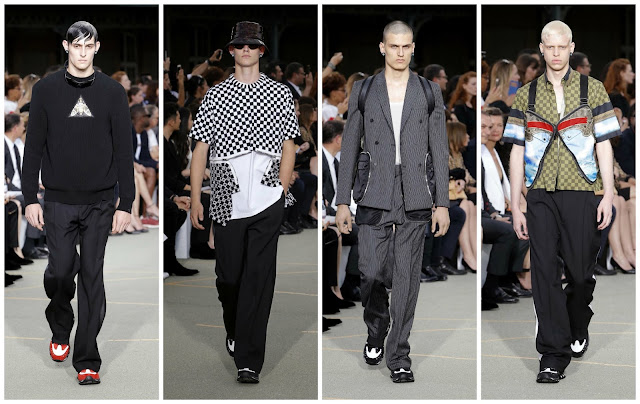 There was more to the collection than looseness—Tisci offered an intriguing commentary, on money. (Hussein Chalayan has done the same thing in womenswear; Mary Katrantzou also). Tisci’s commentary was presented literally—dollar bill print detachable accents to jackets, the Eye of Providence emblazoned on tank tops; imaginary currencies dreamed up and branded on articles—although a deeper meaning could easily be found. Fluctuating markets and uncertainty are two things that fashion fears the most, and the world for that matter. Let’s take fashion: the menswear show currently hangs in the balance. A huge question mark is poised above the menswear show system, and the womenswear show system. As I’ve written previously, they’re insolvable conundrums, especially when posed to a polarising, indecisive industry. At the end of the day, the systematic ‘failures’ are one thing—money is more important. Clothes have to sell and be worn on people’s backs. It’s the only reason they’re made.

The underlying principle of practicality is never eschewed at Givenchy. There wasn’t a piece that had taken to the runway that couldn’t easily be worn—either styled up with nicely cut trousers, or paired with jeans for a more casual look. More importantly, Tisci injects beauty into the pieces.

Beauty was at its extreme when the collection closed with a slew of haute couture garments modelled by Givenchy favourites Natalia Vodianova, Bella Hadid, Joan Smalls, Mariacarla Boscono, Kendall Jenner and Lea T. Hubert de Givenchy’s archive informed many of the creations. The dresses and suits were decorated with tiny sequins, grommets, beads. Each look—serenely effervescent—showcased Ricardo’s talent, and affinity for the couture craft. Brilliant, a celebratory clap is well-deserved..

It’s great to see Tisci celebrating love and life. He’ll be celebrating the release of this collection to shop floors too when it sells like hot cakes. 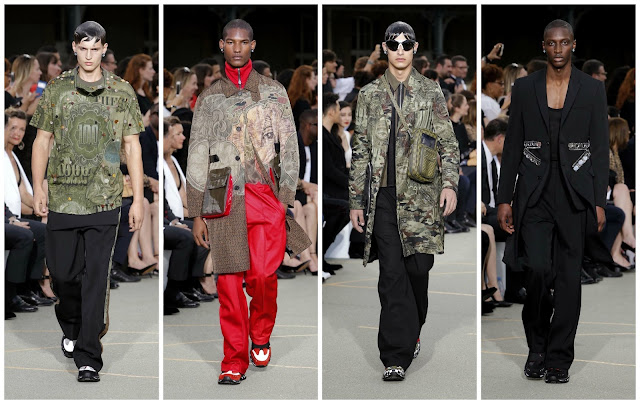