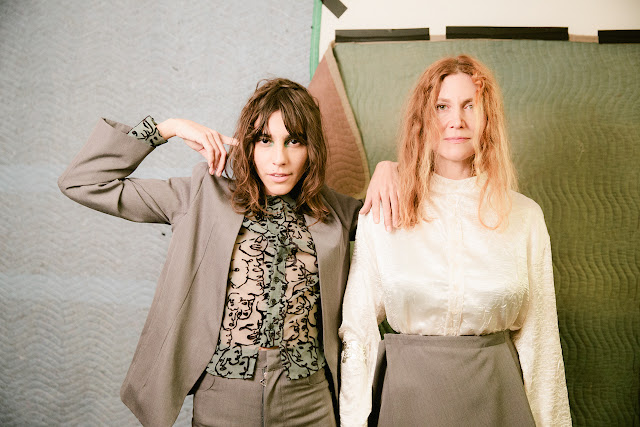 In June, Mike Eckhaus and Zoe Latta, the two geniuses that make up Eckhaus Latta, opened the doors to their first store in Los Angeles. Los Angeles is where Mike and Zoe are based, though they present their collections biannually during New York Fashion Week. The retail vicinity is in a former cannabis dispensary near the 101 Freeway, in Little Armenia. No other shops like this exist in the area. A brash move for a developing brand, hey?

“If you wear Eckhaus Latta, you can be yourself and just feel good - it shouldn’t be a defining thing, you should be defining things… this should just help you define yourself.” There’s an interesting proclamation, that Eckhaus issued post-show at New York Fashion in February. Artists India Salvor Menuez and Juliana Huxtable, model Barbara Ferreira, activist and actor Alexandra Marzella were just a few names enlisted to walk in the diversely-cast show. All ages, races, sexualities and genders intersect at Eckhaus Latta which echoes the Mike Eckhaus’ above statement, which in essence is about the power of individuality. From day one, they’ve spotlighted that. They want to help you celebrate your individuality with their clothing. 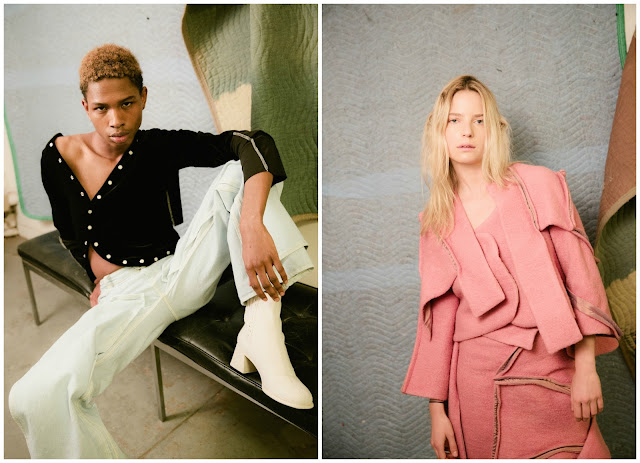 Eckhaus and Latta operate differently to most designers. They don’t have “elevator pitch” ways of presenting their inspirations to journalists. Frankly, they aren’t inspired in the same way as others. They bounce ideas off each other, allowing them to progressively germinate over season; their influences are rooted in their environment—what they’re experiencing right now. It contributes to the realism present in their work. It also displays their artistic side. Keen on blending art and fashion (controversial, I know), their methodology is more akin to art than it is to fashion. It’s reactionary, but in a more personal way, on a smaller scale. Other designers reference the big, daunting issues. At Eckhaus Latta the light is shone on the everyday of the designers. It’s something that makes the clothes that bit more special. They’re a keyhole to the designer’s lives.

The MoMA PS1 in Queens was the venue for the late night production. At the time, the designers had work displayed in the museum. Greater New York featured the work of emerging talents living and working in New York (at the time, Latta was still living in New York). With an eye for deconstruction, the duo’s true skills—texture and sculpture—were largely at play. Deconstruction and fabrication were main points of interest. Ribbed knit sweaters were draped unusually on the body, sleeves extending beyond the knees; fleeces and gold velvet clashed against opposing fabrics. The models didn’t pose traditionally, but Eckhaus Latta appear to forming their own traditions: a more familial approach, kinder to the wearer, less imposing. There was a severeness to the collection that mingled well with the luxury elements of the collection. Ultimately, that result derived from the main components: textural focus and deconstruction.

A fact that I learned recently was that the designers claimed a coveted spot on the Forbes 30 Under 30 list. A retail store, and a spot on Forbes famous list. For a brand that doesn’t input a particular focus on the commerce side of things, their commercial viability is undoubted. We need to see more of this. 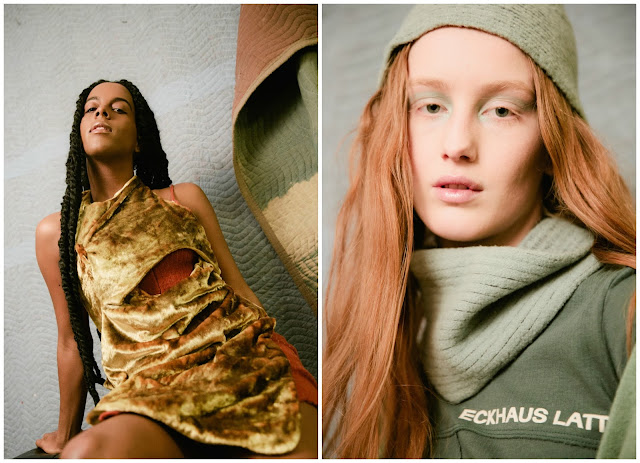 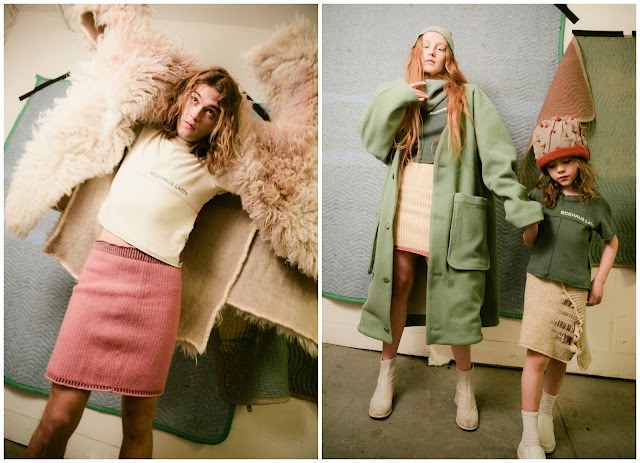