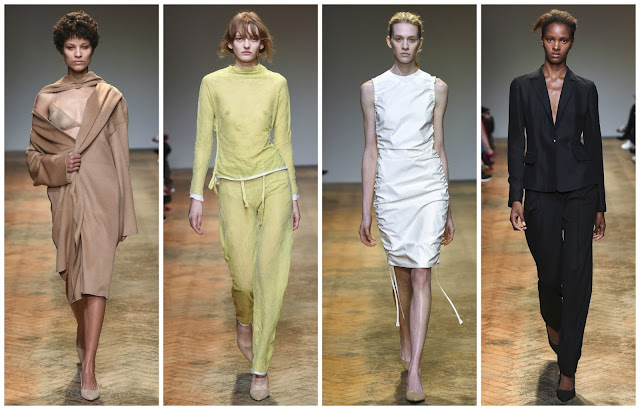 Back in my red carpet fashion blogging days I often offered scathing comments on Catherine, Duchess of Cambridge’s fashion choices. I’m sure you’ll agree with me, she’s dresses in a dreadfully bland manner—even if the everywomen does praise her sartorial selections. Recently, however, I found myself enamoured with one of her picks. Presenting the Art Fund’s Museum of the Year Award to the V&A at the Natural History Museum, the Duchess donned Barbara Casasola, a Brazilian designer occupying a slot on the London schedule. Barbara’s work notably blends the sensual and the sexual; for the Duchess to choose (or her stylist) this I was particularly shocked, but also delighted. Barbara Casasola is one of those designers who buyers are besotted by. She lists Net-a-Porter, Harvey Nichols and Matches as stockists, but her press attention isn’t as weighty.

This conundrum is commonplace nowadays; especially with young designers. Fashion design graduates are increasingly discouraged from establishing their own label due to a saturated market; emerging labels bemoan the lack of buyers when they have a wealth of press. Barbara Casasola arrived on the schedule at an opportune moment; the industry was still savouring the minimal aesthetic that pervaded fashion in lieu of Victoria Beckham’s redefinition of minimalism. However, that attention has dissipated. Fashion press favour exciting, young names like A.V. Robertson (who had Marc Jacobs front row at her Fashion East outing, an hour previous) or established names like J.W. Anderson and Simone Rocha (who presented a few hours later). That doesn’t mean her Fall 2016 collection isn’t worth talking about.

The concept was “dressing and undressing”. Opening the collection was a Max Mara-esqe camel coat, hanging effortlessly across the model’s body revealing a sheer bra underneath. There were more looks where coats revealed sheer camisoles with ruffled necklines, opaque slip dresses. The colour palette was simple: black, white, camel and a peppering of pea green.

Even examining the pictures conjures up the image of a sweltering summer’s day. Silk-cellophane mix dresses and crepe shifts looked like they wilted in the severe heat. A thin parka fell slightly off-the-shoulder, the summer sun’s incessant glare too much. The Brazilian sun that Barbara grew up with must’ve borrowed informed this collection. Three years later and her endless repertoire of Brazilian references haven’t tired.

Back in September 2015, Vogue’s Scarlett Conlon noted the Casasola is a “future tastemaker.” Believe it or not, Catherine, Duchess of Cambridge may have just awarded the title of “tastemaker”, less than a year later. Congratulations.