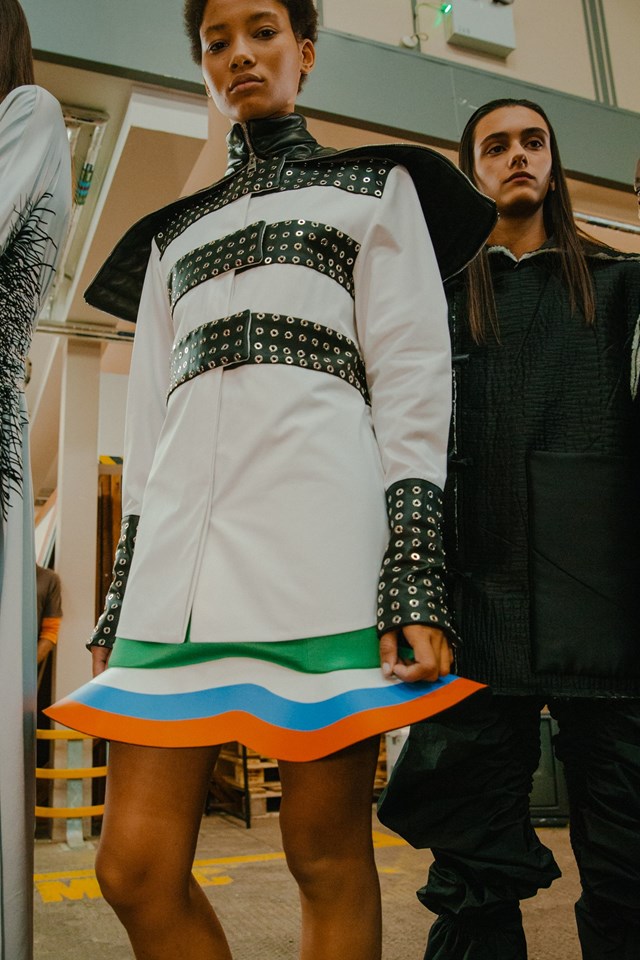 Watching a J.W. Anderson fashion show is like reading an unputdownable, searing novel by a famous, polarising author. That’s Jonathan Anderson’s work summed up. There’s a searing presentation, it’s fast-paced—one second the model’s in front of you, the next she’s turned the corner to grace the next row. After the menswear Grindr stunt last season, which had to have popularised Anderson’s name—another divisive decision—could Northern Irishman is on the brink of household name status? I hope not, but Jonathan Anderson is fashion’s best kept secret.

For fall 2016, an idea of intimacy and confrontation. The hall at Yeomanry House was separated into rooms, an interior setting. Cocktail-wear for the housewife. But it’s never just that with Anderson, is it? It’s a multilayered cake of idiosyncrasy, contradiction, sheer brilliance, and thought. Subverted cocktail-wear perhaps. He had undulating hemlines that pushed away from the body, coruscating colours, thought-out embellishments—every inch of a garment considered. This was especially visible as the models were given just-enough space to walk. Heightened attentiveness, a rarity in the fashion industry, since most show attendees are glued to their phones, so much so that they overlook whole outfits. 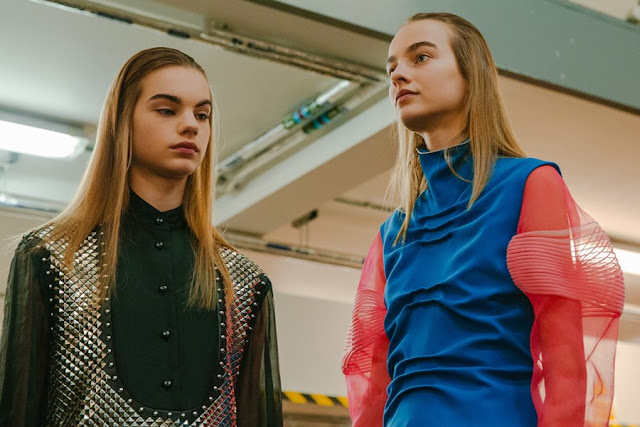 Refusing to be ignored was model Kiki Willems, who charged up and down the hallways decorated in Lil Kim-worthy fur jacket, asymmetric dress and elaborately embellished heels. Similarly, Yasmin Wijnaldum’s silk tracksuit denied oversight—the beige-hued number was haphazardly dotted with floral-printed quadrangles. The high neck, and accordion handbag she toted were standout accompaniments. A devilish ode to the 90s. Personally, I was fascinated by the brazenness of both these looks. Only Jonathan Anderson would be bold enough to unexpectedly throw out references to rap iconoclasts in new, exciting ways.

The clouds from pre-fall and menswear were fleshed out in this collection. They became vaporous sleeves that were suspended from sweaters and tops. In skirt form they were much more blatant, less delicate but maintained a powerful femininity.

“The excitement of today is the freedom of the individual to make his own choice and the vast range of possibilities from which he may choose,” a quote by David Hicks read. It was placed on each guest’s seat. Jonathan Anderson is the most individualistic designer in the game, nowadays. He works far in advance, disallowing his work to become muddled with god-awful trends. He sets the trends, and from day one he has championed the individual. 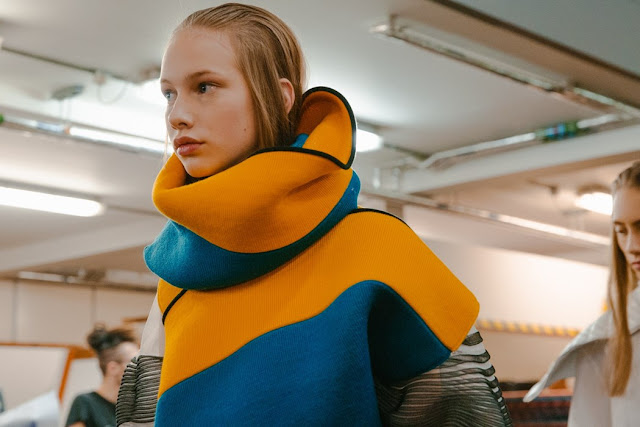 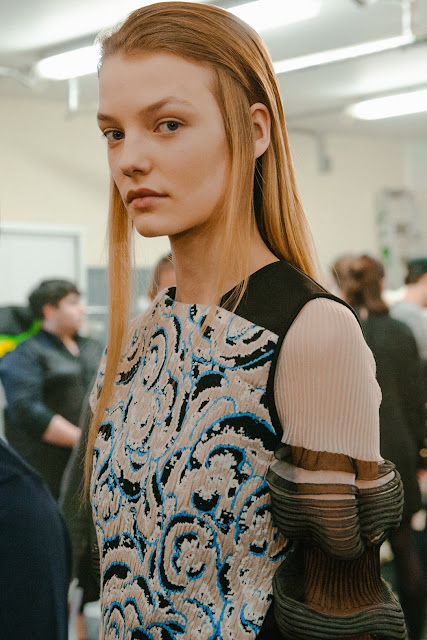 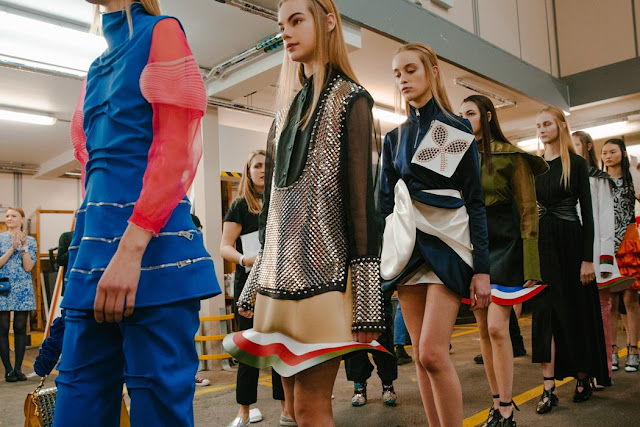 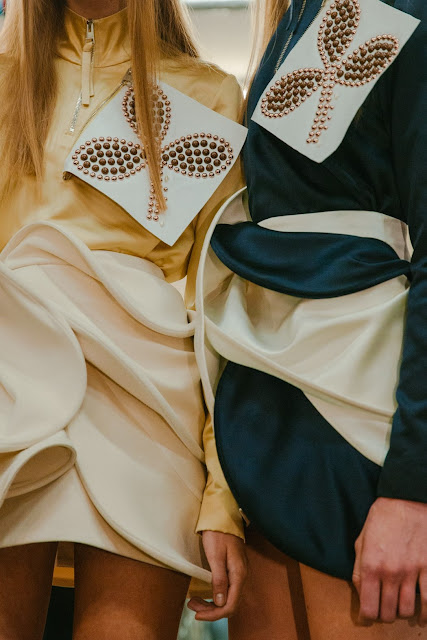 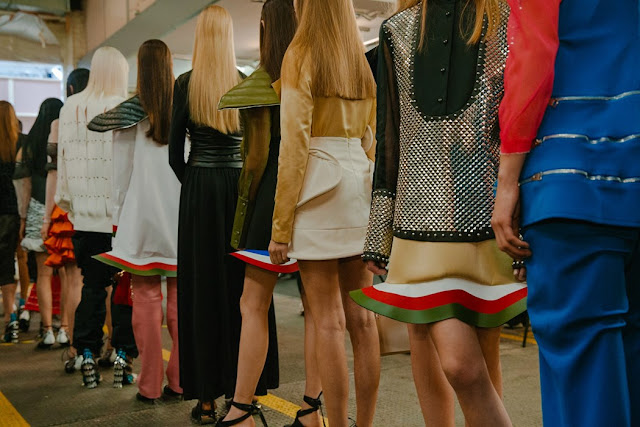 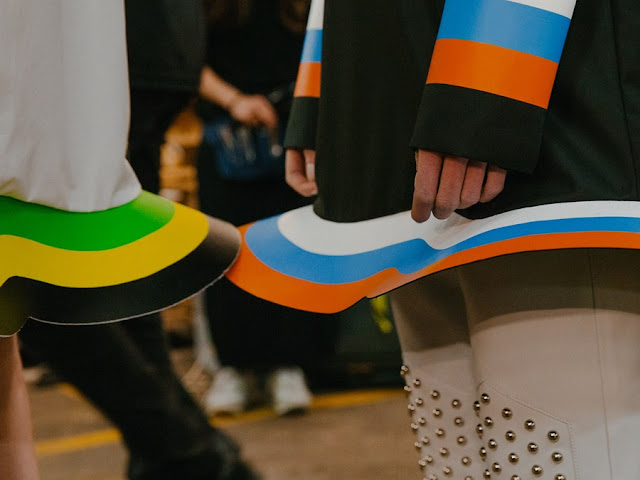 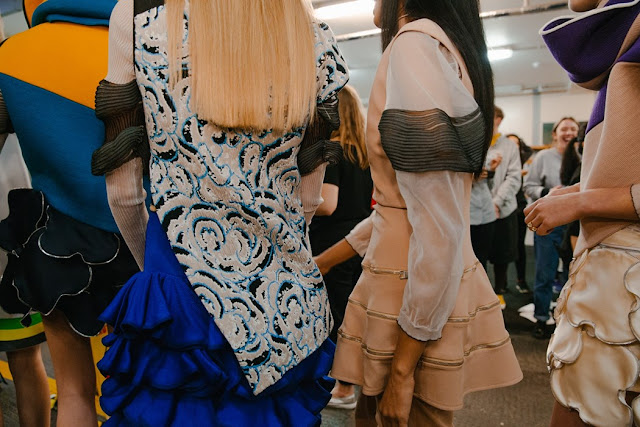 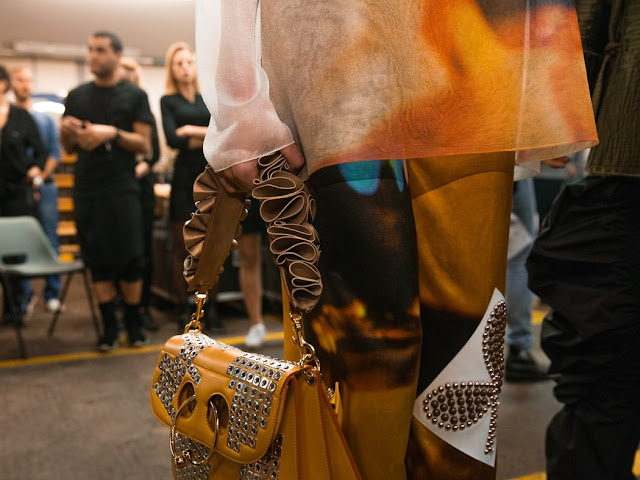 Photo Credit: dazeddigital.com
Posted by Paulidoodles at 6:00 AM