I have remained quite mum on New York Fashion Week since February, when I documented multiple shows daily. My Rodarte review in late March was the only New York post outside of my daily posts, reflections. To be frank, February’s instalment of the biannual event was the most exasperating week. There were a few good shows, the rest were dreadfully boring or horrifically mediocre. I went to bed every night, rose each morning and yearned for London Fashion Week to arrive. In my daily reviews, I eschewed from critiquing certain shows in favour for later post dates. Today, it’s time to decode Alexander Wang’s collection, which presented on the Saturday evening.

Exchanging his usual 5pm time slot last season for his 10th anniversary extravaganza—a dour affair it was—for Joseph Altuzarra’s nighttime position, Wang returned to his usual time. He didn’t return to any show space; he bogarted St Bartholomew’s Episcopal Church in Manhattan. (Celebrities were out in droves, Kylie Jenner and her ilk, Wang-loyalists). Choosing a church for his show was peculiar, if you ask me—his penchant for forcing a defiant image shone through.

A flame-haired Katie Moore strode the aisle in a two piece jacket and skirt with a slogan crop top. Her tights too were branded with “girls”. Around her neck, she wore a dog collar, a chain necklace and her ears were pinched with mismatched earrings. Commercial bait. Newcomer Yana Bonevistier was next, wearing a sheer top with “strict” protecting her modesty. A wrap skirt had cannabis leaves printed on them. There’s the defiance! The show continued with crop tops and mini skirts, beanies and boots, logos and prints; angry Chanel ran through my head hither and thither, however, an exotic dancer print isn’t very Chanel, is it? 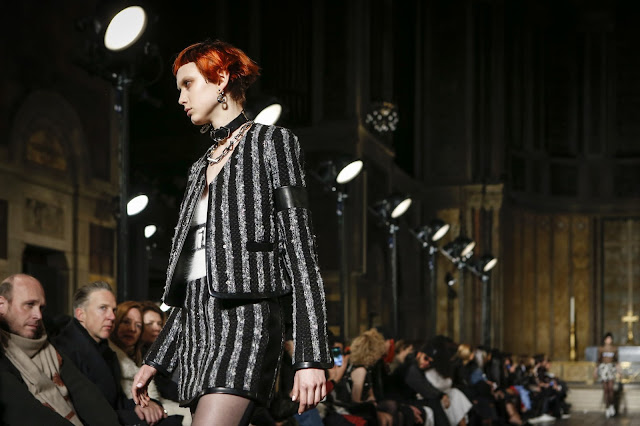 The Parisian influence found its way back to New York with Wang, who completed a three year tenure at Balenciaga. There was an undeniable gritty glamour that we’re used to seeing in Paris-set editorial work. An all-day party look that almost strays into undesirable unkemptness. The way boots were styled with dresses is intrinsic to the utilitarianism associated with both American, and modern-French fashion.

The marijuana prints on the other hand were directed towards the Americans in the audience. It is illegal, under federal law, to possess or sell marijuana; it explains some of the terminology visible in the collection. You can’t smoke it, Wang reckons you might as well wear it. There was a superficiality in the use of imagery in certain looks, although one dress appeared as considered. One.

Wang emerged at the end for his final run (not walk) wearing a black jacket that read “Holy Smoke.” Despite my dislike for the collection, there was an appreciable assuredness in the collection. He’s back, New York! 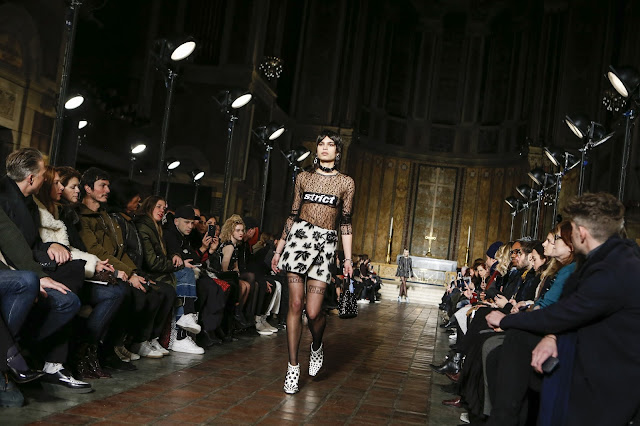 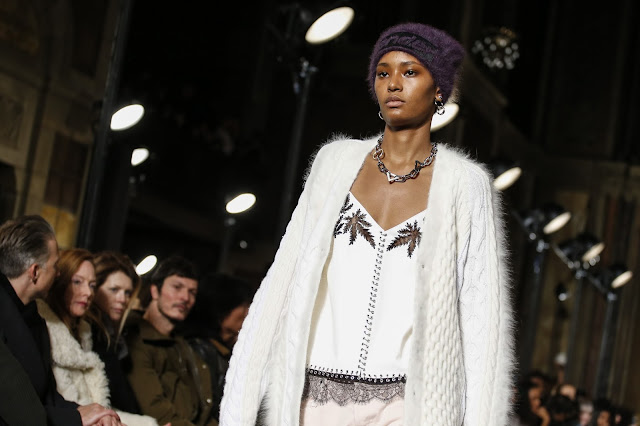 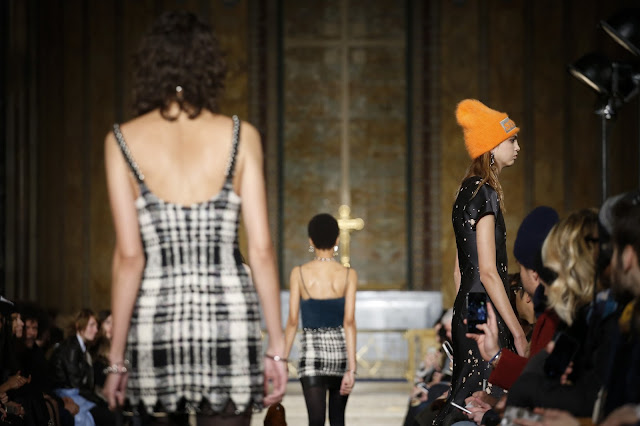 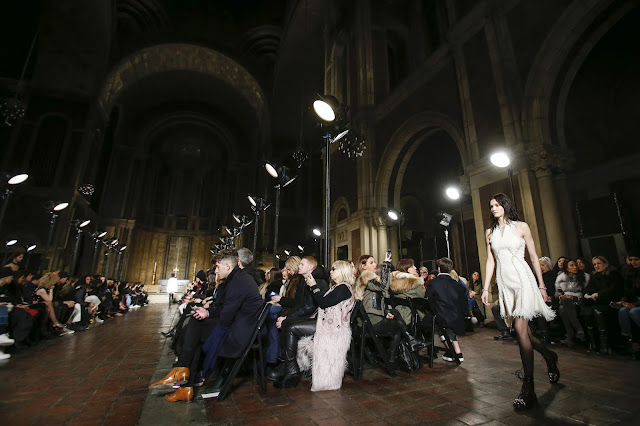 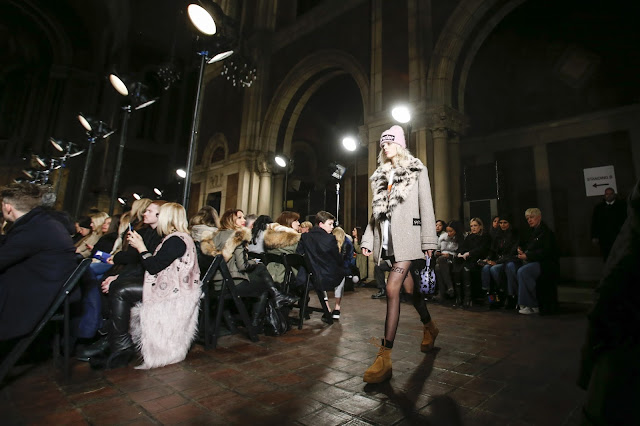 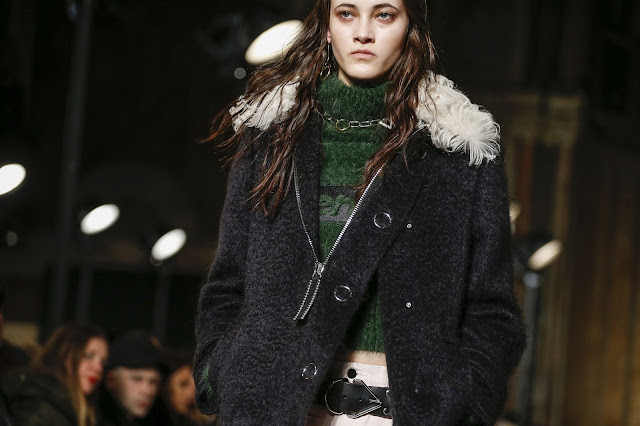 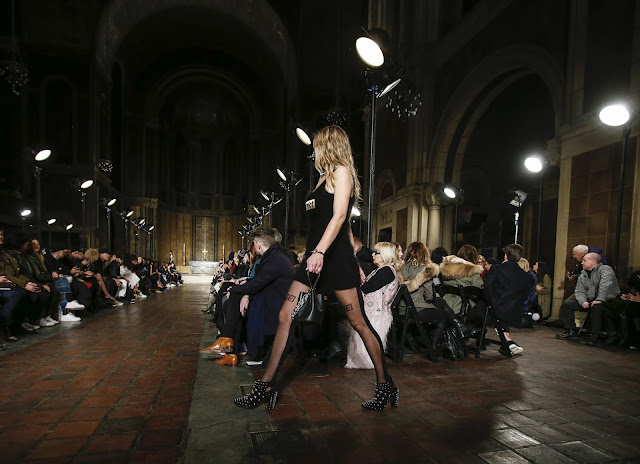 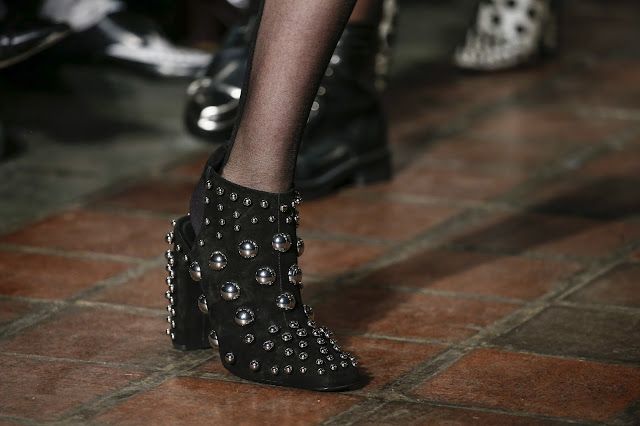 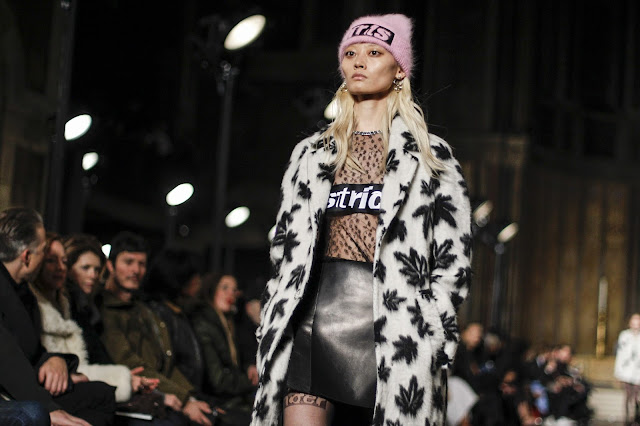 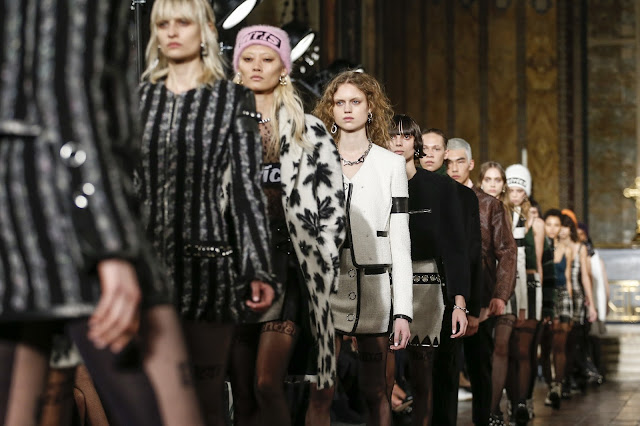