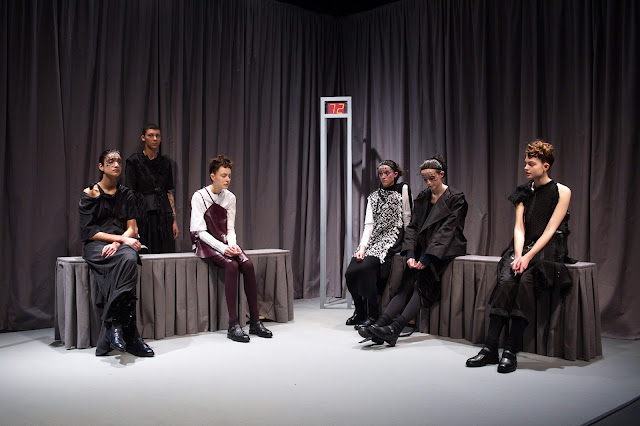 Outlets such as the Daily Mail have been plastering fishtail gowns and couture across their feeds for the past couple of days, and that can only mean one thing: the Cannes Film Festival has arrived. Commencing last Wednesday and concluding this Sunday, the internationally renowned festival is the creme of the crop where film festivals are concerned. Over the years, red carpet dressing became a large facet of the festivities and it was something that I once got a lot of enjoyment out of. Nowadays, however, red carpet dressing is soulless and dull, floundering in the depths of despair. Quite the contrary, the festival’s lineup this year is impressive. There’s been Woody Allen’s new feature, Sean Penn’s anticipated directorial return, and a buzzed-about performance from Kristen Stewart in Olivier Assayas’ Personal Shopper. Premiering this Friday is Nicolas Winding Refn’s The Neon Demon. Starring Elle Fanning, the film follows “an aspiring model in Los Angeles whose beauty and youth place her in significant danger amongst the women she becomes associated with in the industry. This film feels pertinent to Phoebe English’s production for Fall 2016. Presenting during London Fashion Week, English featured ten models wearing ten looks (to celebrate her 10th collection) waiting around in a casting setting. They took a ticket from a number dispensing machine, waited, before being inspected by a supervisor. Filmed, it could be worthy for the Courts Métrages!

English’s presentation evoked a slightly tone than just the maltreatment of models. There was commentary on the speed of fashion, the dispensing machine playing the role of the conveyer belt of ideas, or schizophrenic collections. The waiting around was symbolic of endless time wasted, sitting around before shows, in traffic, that could be spent productively at shows, visiting showrooms and attending presentations, like this. You’re not just getting a thought-provoking spectacle, but well-crafted clothing also. Slightly 17th century, English played with proportion of shirting, dresses and tops. Elements of Japanese aesthetics permeated this collection, as they have in the past. English has used Japanese methods in her collections before. Consistent and confident with her own handwriting, these clothes were a counterpoint to the notion of schizophrenic collections, whose ideas alter seasonally.

A young, self-assured designer, Phoebe English’s handwriting is known. It’s quiet yet effortlessly makes a loud statement. Proportionally defiant, tonally shy, these clothing are not simple or not wild, they reach a middle ground. Potent is her aesthetic, which cements her standing as a London designer not to be missed. 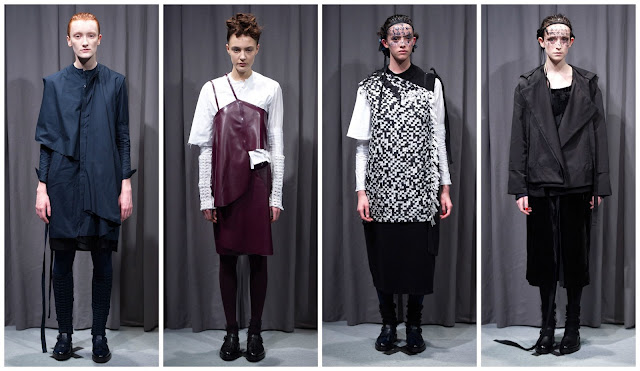 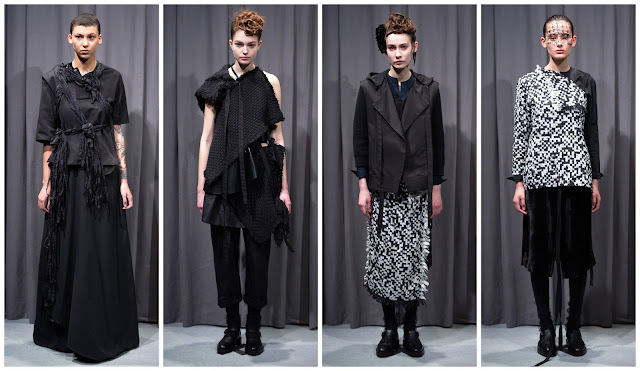