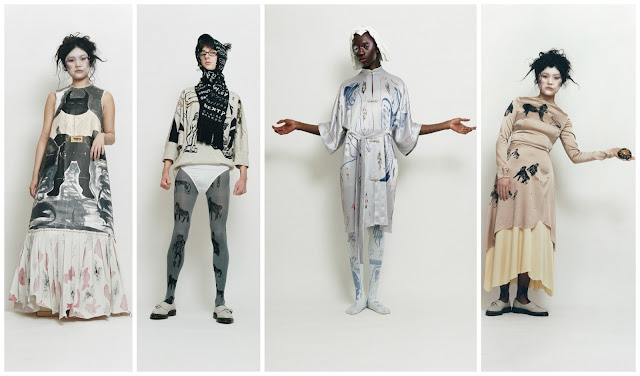 Claire Barrow penned a thoughtful essay for i-D a few weeks ago about her mental health and how it relates to her work. In the essay, towards the end, she mentions that “people are always trying to ‘redefine’, rehash, find the ‘hot new thing’ in fashion.” In response to this, Claire says that she experiences bitterness and arrogance because she feels like she is “doing it well” and it “pisses [her] off when that goes unnoticed by some.”

I consider Claire a designer who is redefining fashion. I can only name but a few that are open to using street-cast models, “alternative” body shapes, genders, a variety of races in her collections. She’s in the 1% of designers that currently purvey that category. On the topic of categories, the genre which she slots into is entirely her own. She’s an unparalleled youngster with ideas, opinions and thoughts of her own. She translates these to her work, often politicising fashion to evoke a message of anger, disgust, annoyance, fear. It’s rather artistic. Therein lies her niche: a political, emotional, personal convergence of art and fashion.

For this collection, influences included Edwardiana, punk sensibilities, the 90s. There was colourful make-up and daring hairstyles, black-soled shoes (which conjured images of subdued punk), and ruffled gowns. The extravagance of the empire-waist ball gowns in the collection was indicative of the museum setting. Mannequins were outfitted in the pieces, models wore the rest. Placed on slightly elevated podiums, each look was accompanied by a curator’s notes. This exhibition was an exploratory journey through the ages from the early 1900s to 2016—where Instagram culture rehashes 90s aesthetica. Barrow, a nineties kid, offers her two cents on the decade she grew up in, and it didn’t come off as an Instagram research project that designers are oh so fond of.

Some presentations are clearly designed for Instagram. Fortunately, a slew of emerging designers in London imbue honesty in their work. There’s no convolution or flashiness, just great clothes in an environment adapted around them. Claire held her presentation in the Institute of Contemporary Arts, the BFC Presentation Space. The space is quite fitting with regards to Claire’s work given she is an expert illustrator, and merges the mediums of art and fashion.

Claire’s collections aren’t featured by the mecca of online catwalk imagery: Vogue Runway—despite their involvement with the label and the designer. Her work isn’t featured on the cover of magazines (though Claire appears on the latest Riposte) … but that’s a blessing in a way. She’s revolutionising her own view of fashion and that’s important, and whether people want to be a part of it or not, that’s their decision. However, if they’re missing out on this, then they seriously need a reality check. 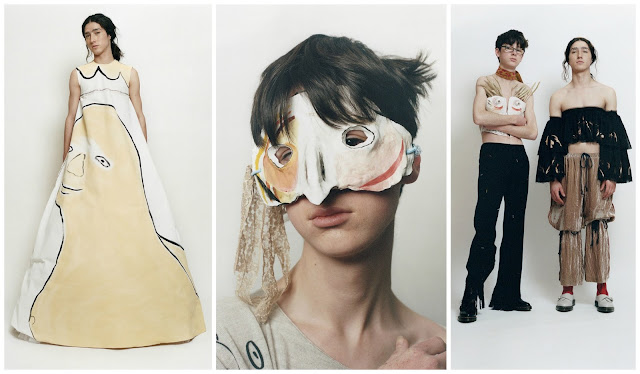