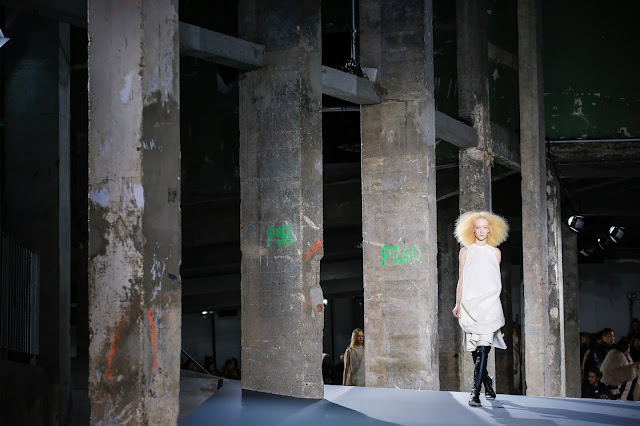 There’s an interesting juxtaposition embedded in every Rick Owens collection. The music is generally techno, dubstep, trap or electro; the inspiration is hefty—climate change, for example; the clothes are undoubtedly poetic. It results in a synergetic exhibition of compelling design. For Fall 2016, Owens had an electro song by Etc!Etc! & Brillz called “Swoop”, a sonically rich landscape that builds up to a smashing bass drop. The inspiration was weighty, as expected; an extension on his menswear collection from January, regarding the environmental state of the world and “how gracefully embracing the inevitable end of a cycle might be the natural order of things.” Imbuing the clothing with poeticism, models paraded the runway with “soft abstractions folding around the body” to represent the everyday ease of the clothing.

The collection, in its poetry, felt like a reaction to the menswear collection. Depicting an equally strong person, this collection highlighted the sweeter elements of things, such as “cupcake frosting” embroideries, feather-light casings around the head (a symbol of blissful ignorance of the rapidly changing world around us, perhaps?) and clouds of fabric encasing the models. Playing with the idea of a woman’s opera glove, a reissued trainer (in partnership with Adidas) featuring a thigh-high sock was worn with each look, furthermore reflecting the day to day lifestyle of the Rick Owens woman.

The season’s favourite puffa jacket appeared in this collection too—of course with an unforgettable touch. One sleeveless look in chocolate brown looked as though Owens had been hacking away at a chrysalis. Other numbers saw the winter staples contorted, folded and mangled into various different shapes that were placed on the body like protective armour. The same could be said for the last slew of looks which looked like defensive suiting to shield the models from the invasive perils of global warming. The whole collection was permeated with a sense of a bulwark against the world around us, despite the lightness in poetry and artistic references.

Salvador Dali’s painting ‘Swans Reflecting Elephants’ was another point of reference in Owens’ show notes. The artwork encompasses fantastical elements but is grounded in the natural. This collection did a similar things. There were moments of madness, but they were ultimately necessary to convey the point of this collection. And as the Dali quote, printed at the foot of the show notes read, “I don’t take drugs. I am drugs.” Rick Owens is fashion’s version of drugs: hyper-addictive. 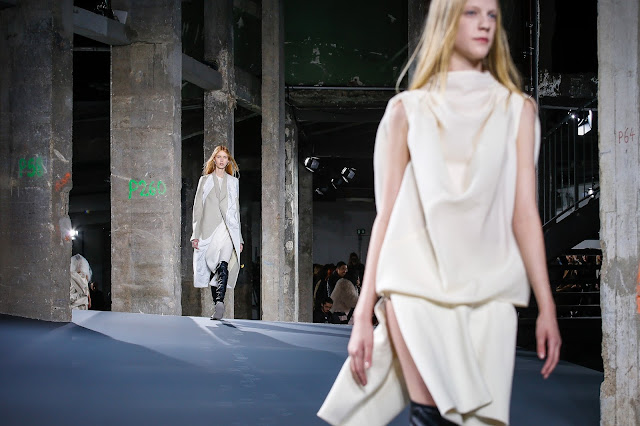 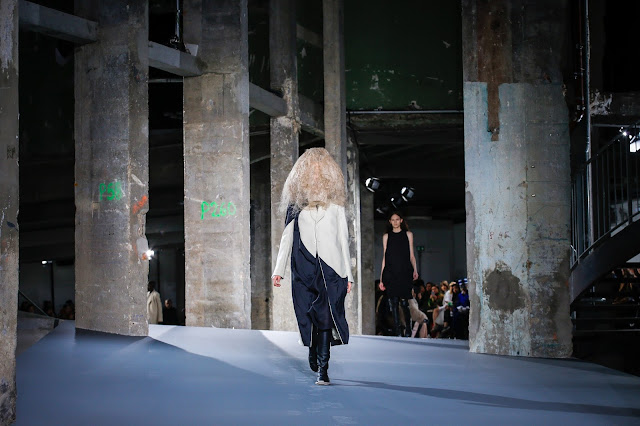 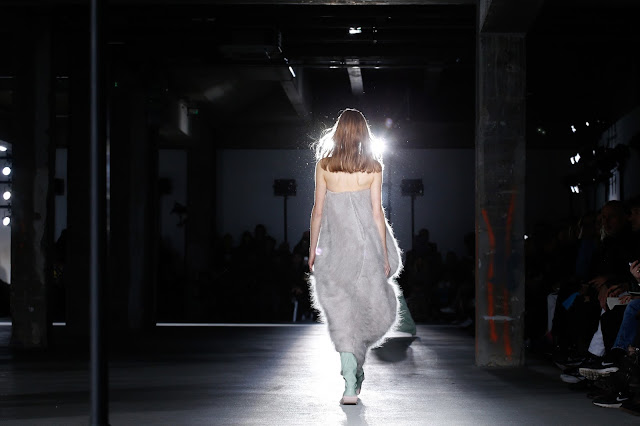 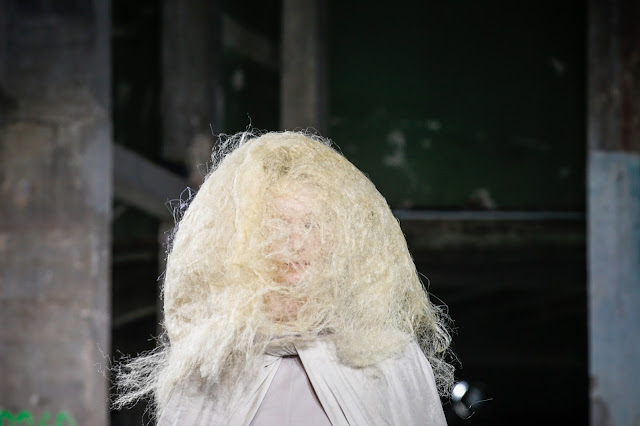 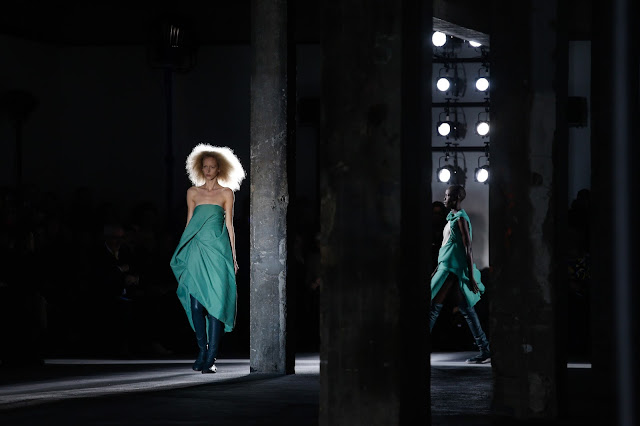 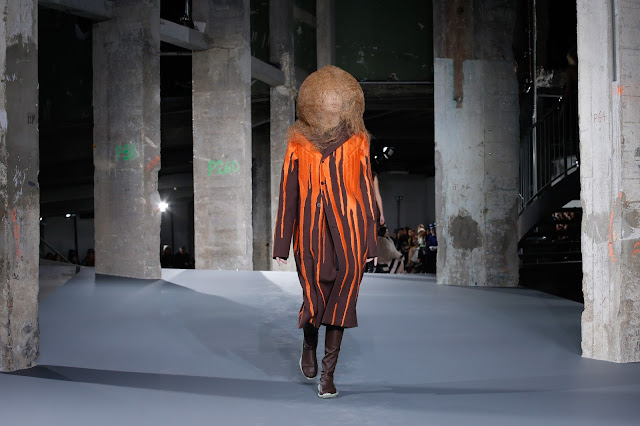 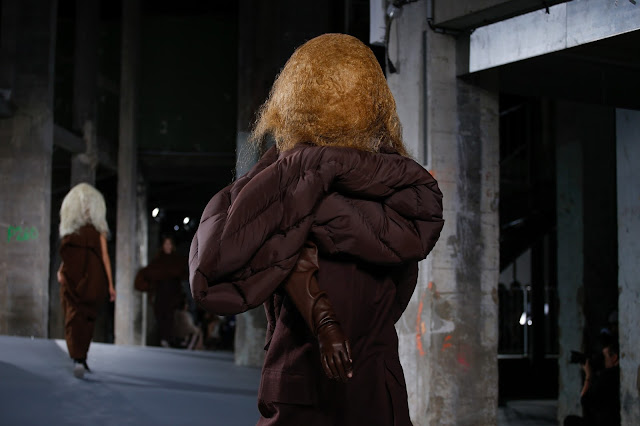 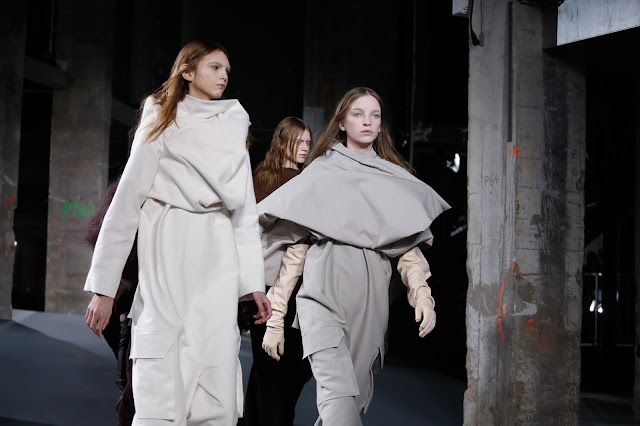 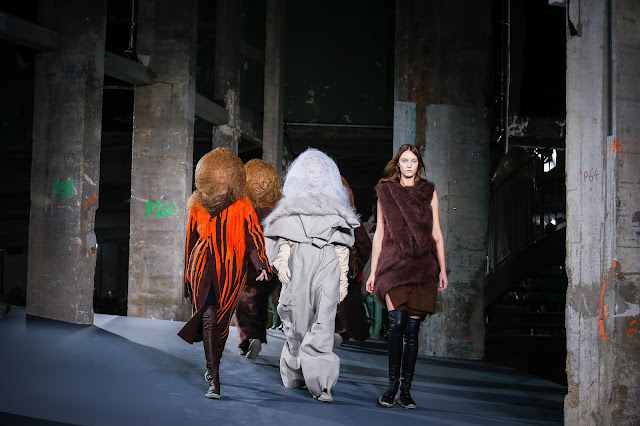