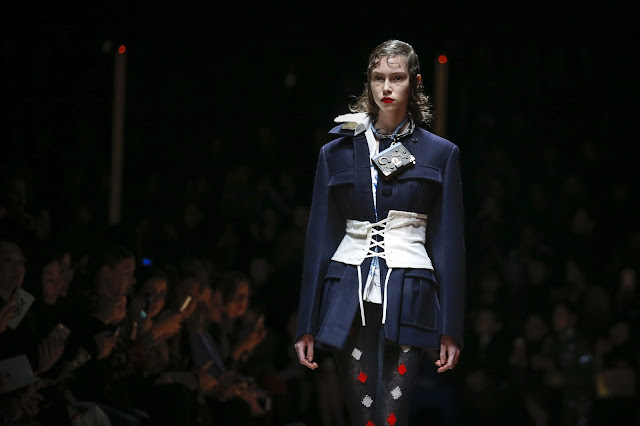 Miuccia Prada polarised audiences with her political Fall 2016 menswear collection, presented in January during Milan Fashion Week. “Immigration, famine, assassination, pessimism,” were all the words she threw out backstage at the show. Subtle reference to the migrant crisis in the Mediterranean (she discussed “the tides of people, exchanging locations,” with WWD), and street urchin tailoring rounded out the career high collection. For Fall 2016, attendees entered the show space to see the same OMA-designed set. The reconstructed Spanish square from the 16th century during the Inquisition was once again the setting for the show. Some guests sat beside the runway, others were positioned in the galleries.

The Spanish Inquisition, a secondary school history lesson taught me, was a time of religious persecution in Spain. Jews and Muslims were ordered to either convert religion to Catholicism, or leave Spain. The auto-da-fé was a sentencing platform where apostates and heretics were convicted. Constructed in the centre square of a town or city was a large viewing area for the public to view the tribunal process. A mere Google Image search of the auto-da-fé concludes that the set here was very similar to that. We live in a world where religious persecution is still very much at the fore of certain societies. Throughout history, the Jewish people were discriminated against. Likewise, Muslims were subjected to abuse and persecution from Medieval times. Miuccia’s set was referencing this time but about the complexities of womanhood. 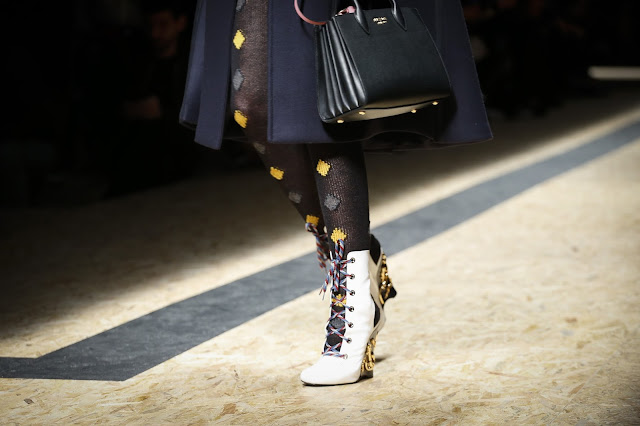 Described as a “vagabond”, the women in this Prada collection (from 17-year-old Yasmin Wijnaldum to 45-year-old Stella Tennant) were travellers as depicted by their white sailor caps. The naval theme didn’t stop there.  There were blue jean collars that were slightly ruffled up. These are first class passengers. They dote new season bags (the label engaged in see-now, buy-now: some of the bags were made available for sale straight after the show) or wear tiny clutches around their necks like talismans; the haphazard corsetry displays a woman attempting to keep things together—it was in the same vulnerable vein that we saw at Simone Rocha; models were encased in luxe furs, argyle stockings and beautiful coating. There was an unkemptness to it, here and there, but overall she was a polished being with a wandering lifestyle. The outstanding nature of Prada’s creativity is forever to be admired.

Backstage, crowding around the designer were journalists, many of whom were female; all searching for a suitable soundbite for their reviews. In fashion, Miuccia Prada is a feminist icon. The label was founded in 1913 by Mario Prada, a man who disapproved of a female successor. Then his daughter took the helm for almost twenty years, and in 1970 Miuccia joined the company before succeeding her mother in 1978. She’s been smoothly running the business with her partner for the past 38 years. Who better for young woman to look up to than Miuccia Prada, an inexplicably talented doyenne who understands and reflects the complexities of womanhood and what a woman wants to wear. 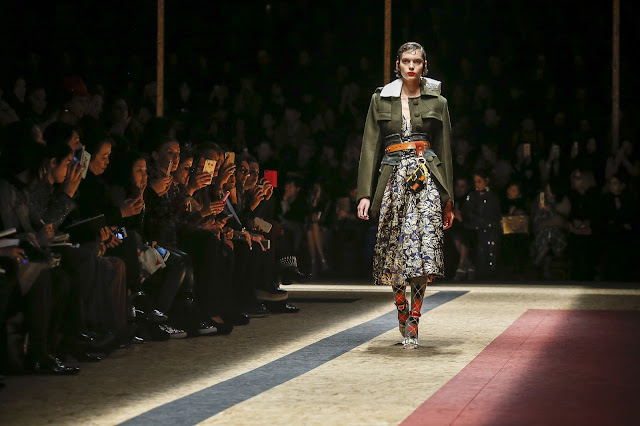 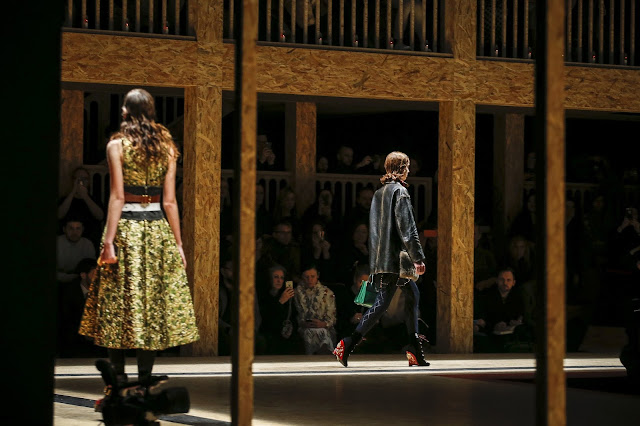 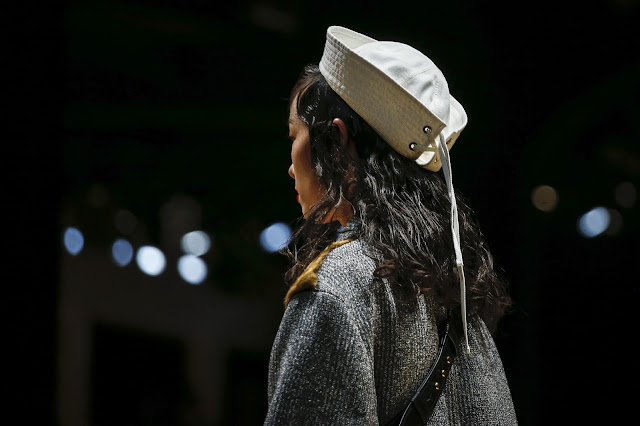 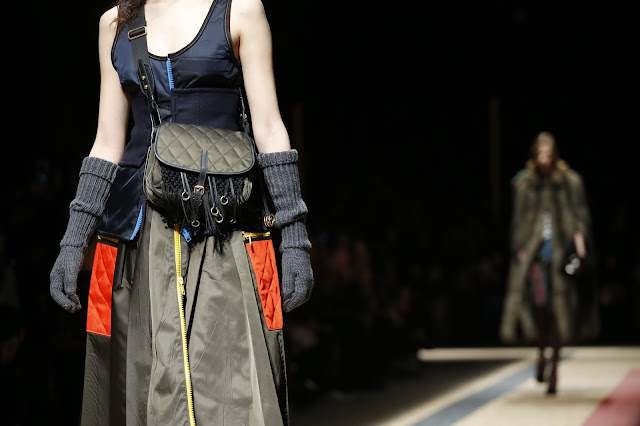 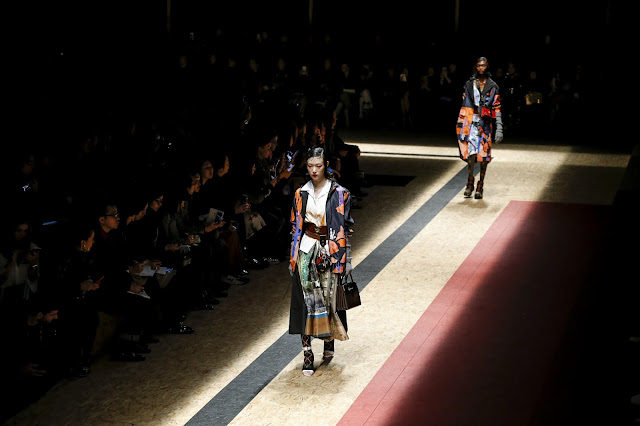 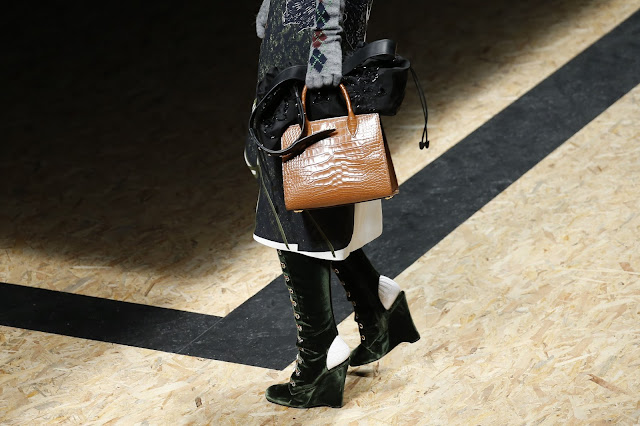 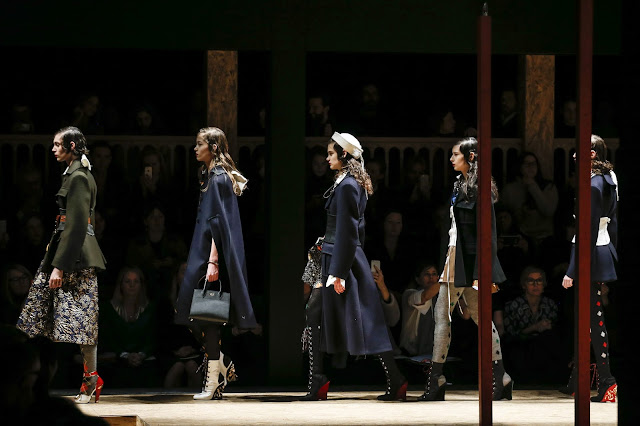 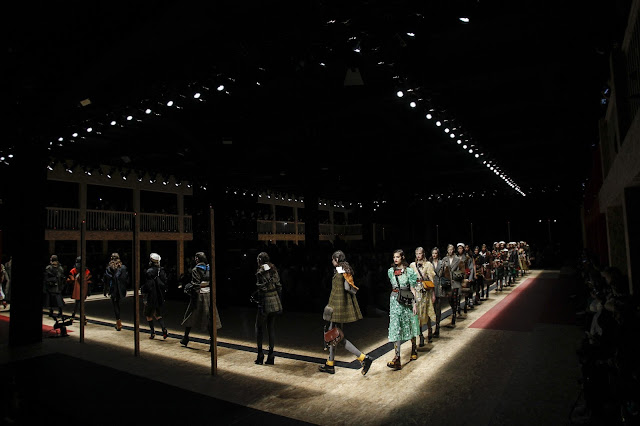 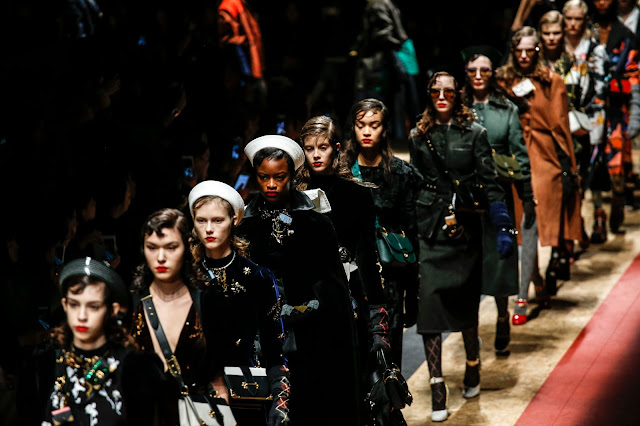 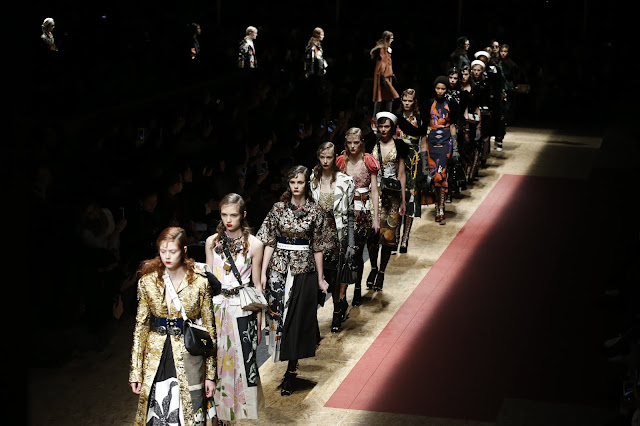