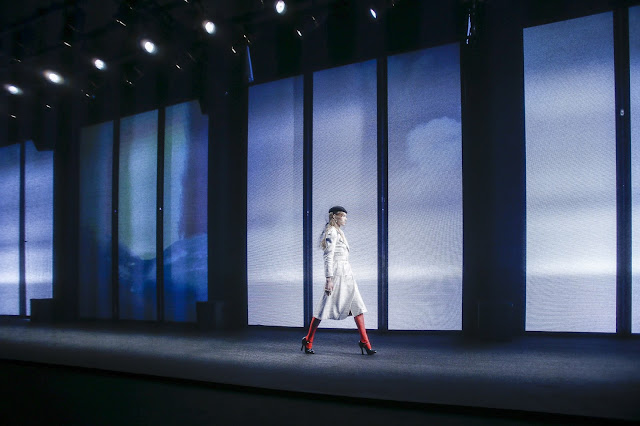 When I travel to London Fashion Week biannually, I like to purchase magazines that I wouldn’t necessarily be able to get in Ireland. One of my acquisitions this time was Lula magazine. Smiling on the front cover is Greta Gerwig, who quadruples as a writer, director, producer and actress. Inside, an interview with editor-in-chief Mimma Viglezio evinces that she loves Alessandro Michele’s creative direction at Gucci. She highlights the “convergence” of fashion and movies as her reasoning for paying attention to what he’s doing. Michele is creating characters of his own at Gucci that could easily step out of film set, as a 1970s geek, stylishly clad in printed, ruffled and embellished garments. He dressed Jared Leto and Brie Larson for the Academy Awards in February, a tremendous honour for any designer. 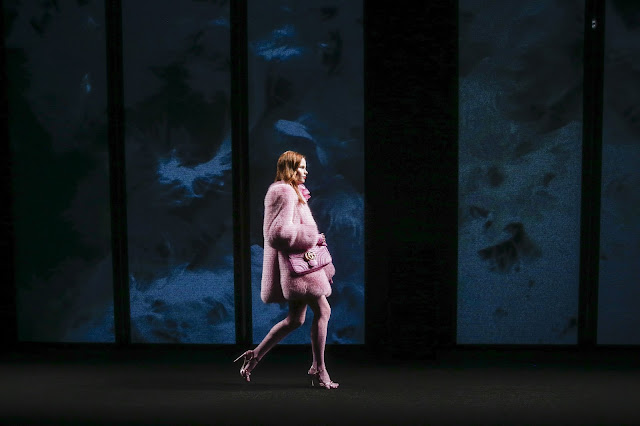 Alessandro Michele intersects multiple cultural spheres in his collections for Gucci. For Fall 2016, the show notes perched on each seat featured a Sylvano Bussotti music sheet for pianist David Tudor. David Bowie’s indelible mark on all of Michele’s collection was noticeable here, especially following the loss of the great musician in early January. Photographer Petra Collins took to the runway amidst the lineup of fresh faced models. Philosophy preambles every collection. After last season’s look for love, Michele looked at French philosophical theories from Gilles Deleuze and Félix Guattari. Namely, Difference and Repetition by Deleuze seemed very pertinent in the context of this collection and in the context of his reign thus far. What you see in this collection may not seem that unlike last season, or the one before that and so on. There was his now famous, repetitive aesthetic coupled with a trickling of newness and nowness hither and thither. There was some unexpected tonal looks. They were of course filled to the brim with stuff. A pink mink with matching-coloured tights, handbag, neck corsage, metallic heels, gloves earrings and pearls. Teddy Quinlivan’s scarlet tuxedo and overcoat was defined by the black lapels and minute details. An aqua ensemble resembled a 60s time capsule.

Certain epochal moments are often highlighted by Michele in his elaborate manifestoes. This time it was 16th century paintings and a Michele-described “80s renaissance.” The sombre colour palette reflected the sociopolitical turmoil of the time but the glowing light of Italian cinema. Patron of the arts, Catherine de Medici—who the collection follows a time travelling incarnation of—sponsored portraits, paintings and tapestries in the 1500s. Who knows; by the 1970s and 1980s she could’ve been one of the first female Hollywood studio heads. For meetings she could go the reverential suit, or a kaleidoscopic printed skirt and floral printed blouse. Any of the more colourful looks would’ve embodied her wealth and chutzpah. 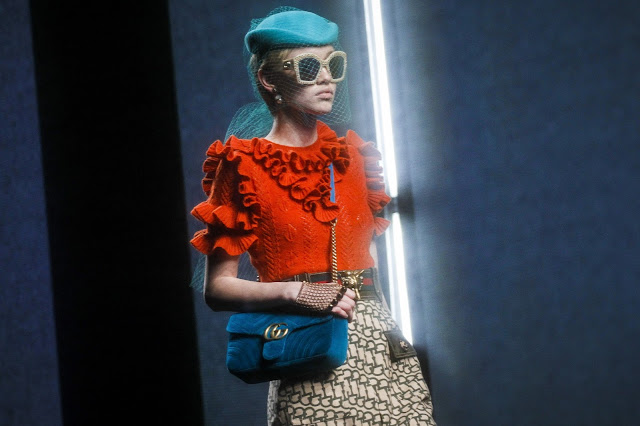 There was lavish printing in the collection and closing the show was a turquoise chiffon gown emblazoned with a glittering black panther. I read somewhere on the internet the black panther is calm, collected being, with a core of soul power. “It is a knowledge of what waits within that cannot be tamed, and cannot be silenced.” Alessandro Michele could be described similarly. He is a force to be reckoned with, he can’t be tamed and it’s simply impossible to believe he is able to be silenced after so many years in the wings at Gucci. His radiating inner power is constantly reflected in his collections. We wouldn’t have it any other way. 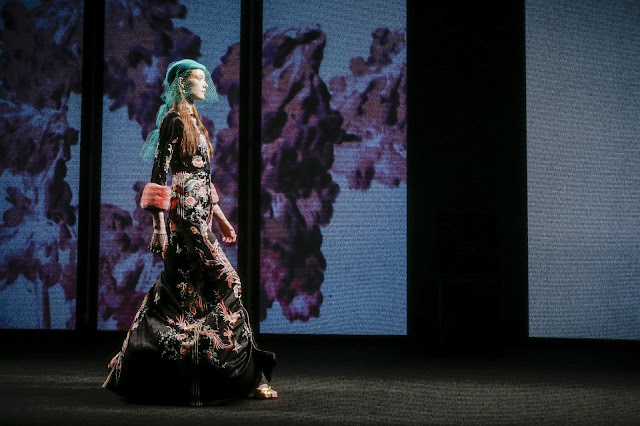 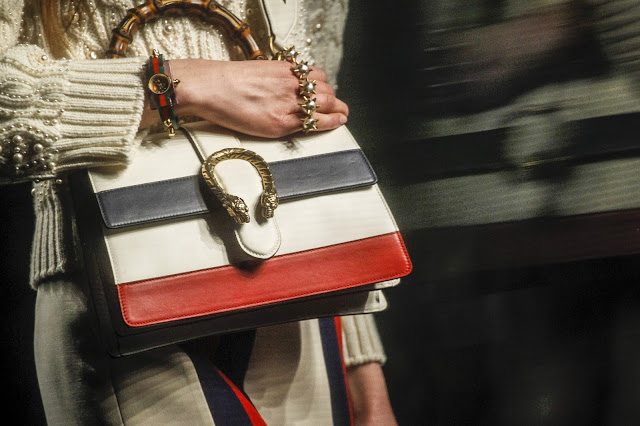 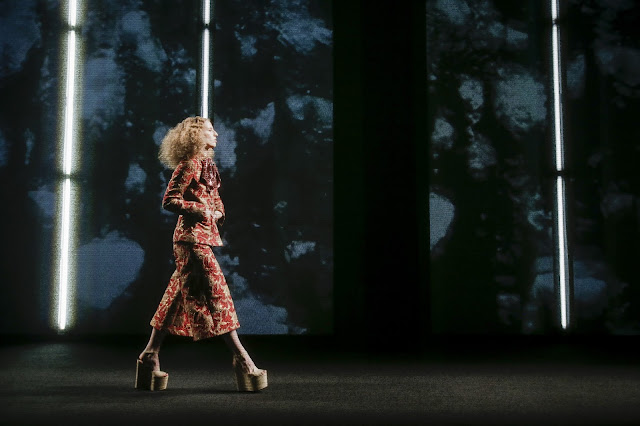 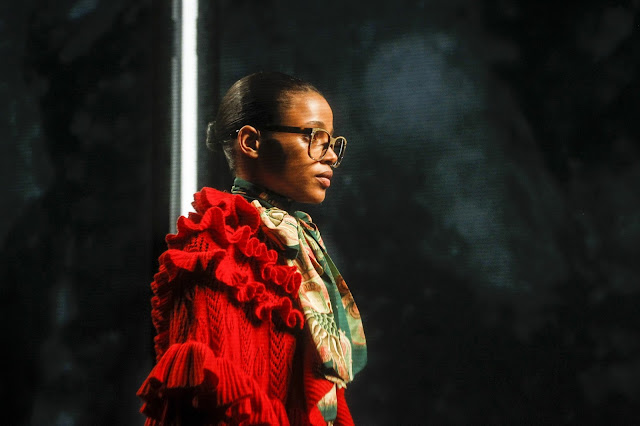 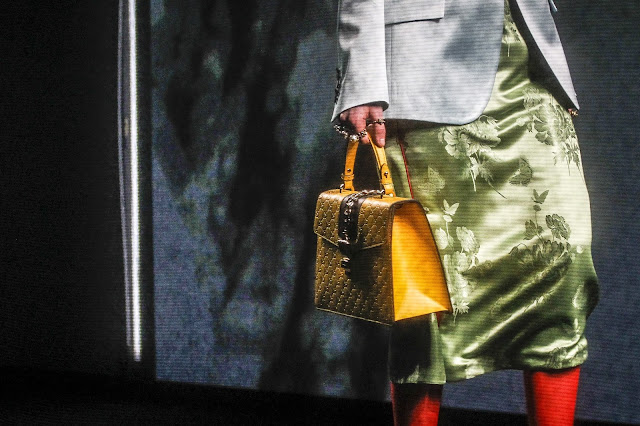 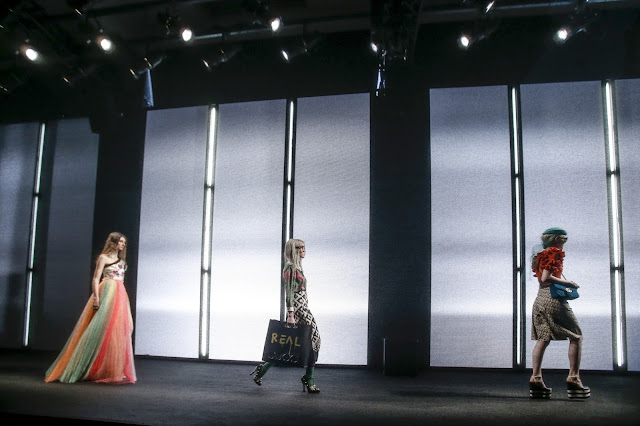 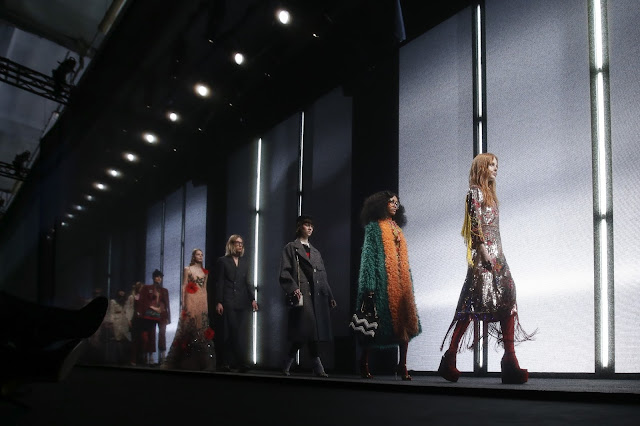 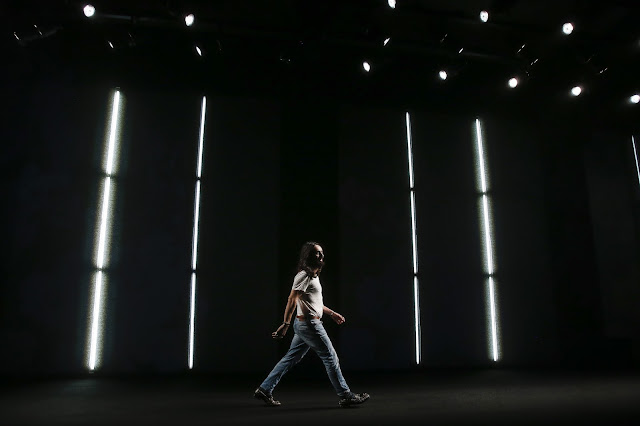