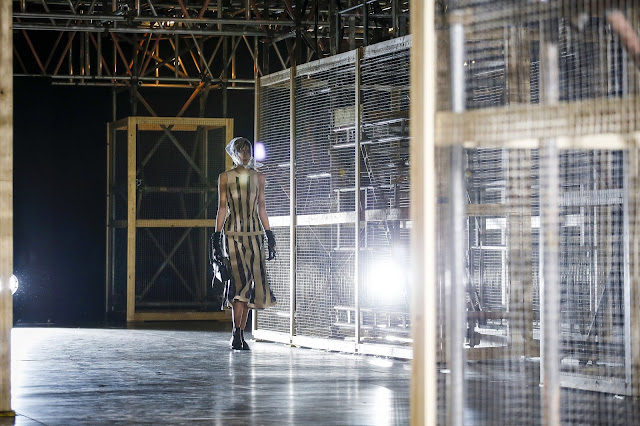 It wouldn’t be erroneous to declare Christopher Kane the most prolific designer in London. The 33-year-old has amassed a large following over his 10 years in the business. Over the years he’s won Scottish Fashion Awards, been presented with Topshop collaborations and recently he opened the doors to his first flagship store on Mount Street. Along the way he garnered critical acclaim, celebrity fans and the £250,000 BFC/Vogue Fashion Fund prize. Biannually, at London Fashion Week, the designer attracts global audiences for ten minutes of captivation. Fiercely they pranced down the sloped Turbine Hall in the Tate Modern, this past February, before being swept away into a dreamworld, unlike any other experience during LFW.

A dream-like, stream of consciousness was the product of Kane’s fusion of “meaning and chaos.” The two contrasting ideas are not unfamiliar in Christopher Kane collections. He juxtaposes two seemingly different ideas and manages to merge them flawlessly together, portraying them as symbiotic bodies, rather than opponents. The collection was called “Lost and Found.” The recluse, lost; in fashion, found.

The outsider art inspiration that pervaded the last collection was back for fall. Kane has “always been obsessed with recluses and the image of the outsider making their own world by hoarding things away.” This was seen in heavily accessorised looks, full to the brim of ideas and stuff. From plastic, waterproof rain bonnets down to shoes with feather and frilled details, and the eclectic prints and luxurious materials in between, you saw the hoarder in the Kane woman. She’s incredibly stylish too. A pleated, floral printed skirt styled with a sweater (looking worn—there was  a hole for wear the thumb wears away the material) and frilled heels. The new season bag accompanied the look. A mishmash for the stylistic rule-breaker: the Kane woman.

Taking a look at his ‘Kane’ slogan sweaters, you noticed they didn’t conform with the sloganeering trend that dominated fall runways. It elicited a fresh response; these weren’t your banal, run-of-the-mill logo sweaters. What we saw at DKNY and Vetements was a Bershka take on logos—this is an entirely unique entity.

The aim of the collection was to create something new. The Stephen Jones bonnet, for one, brought back the item of 90s motherhood—in turn making it new again. Subverted luxury was an refreshing facet, especially given the dull luxury found in New York. “Preciousness and elegance” permeated the collection in exciting ways. There was Lesage embroidery (the embroiderers for Chanel’s Métiers d’Art collections), the input signifying a burgeoning collaboration. Delicate lacework was set against fur coats and thick wools. Maintaining ideas of ease, while upholding elegance, flat shoes (trainers and boots) were enriched with feather embroidery.

That is the beauty of Christopher Kane’s unorthodoxy. Things were wearable, some of which resembled past creations, there was some banality, but every time a look took the runway, you couldn’t help but appreciate the newness in it all. It was spectacular. And that’s not something you see everyday. 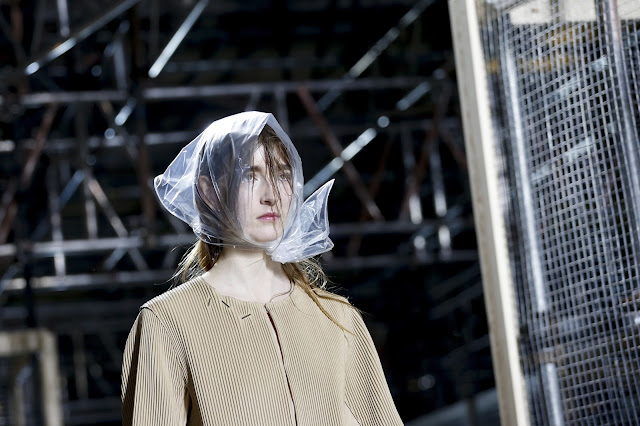 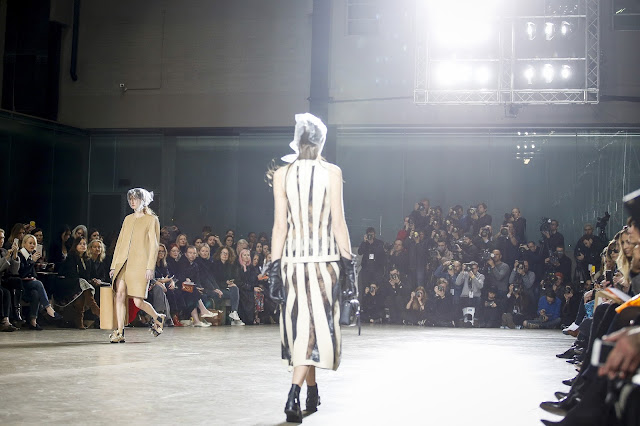 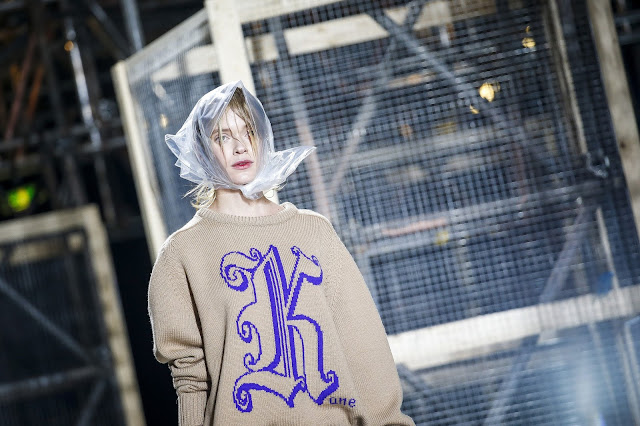 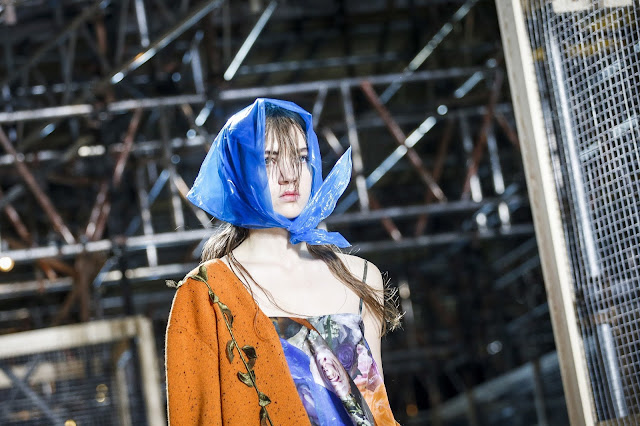 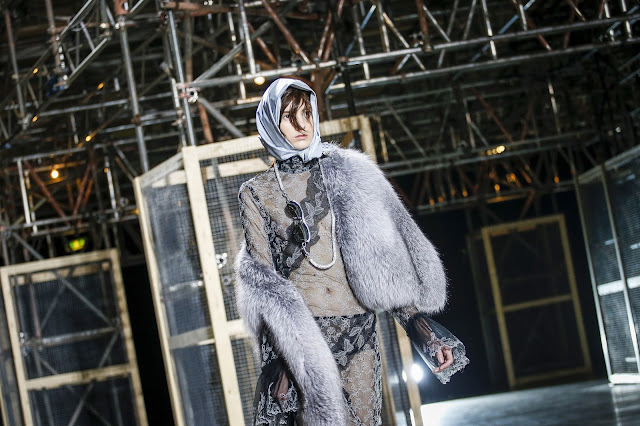 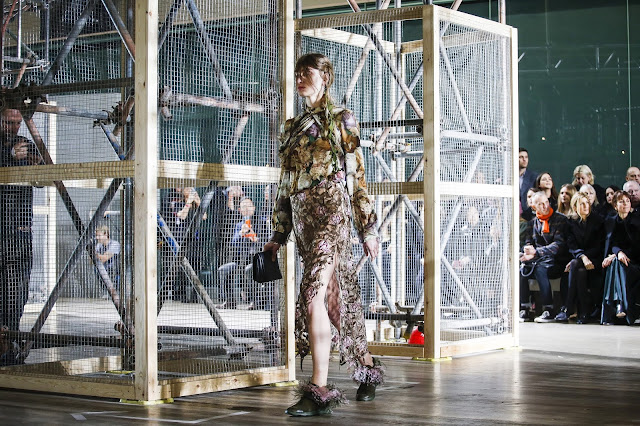 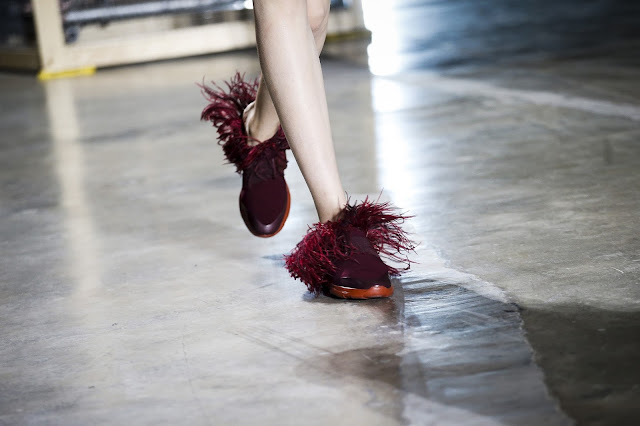 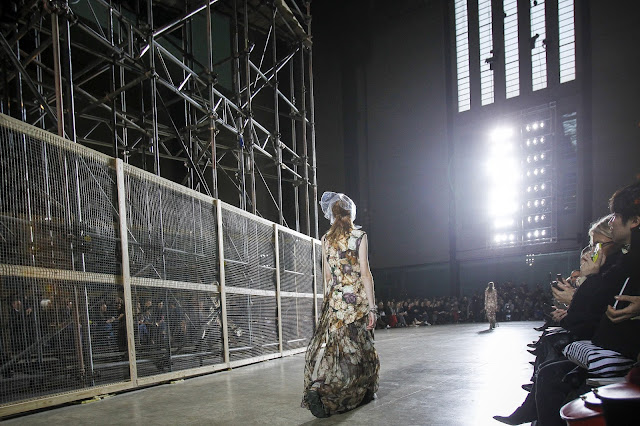 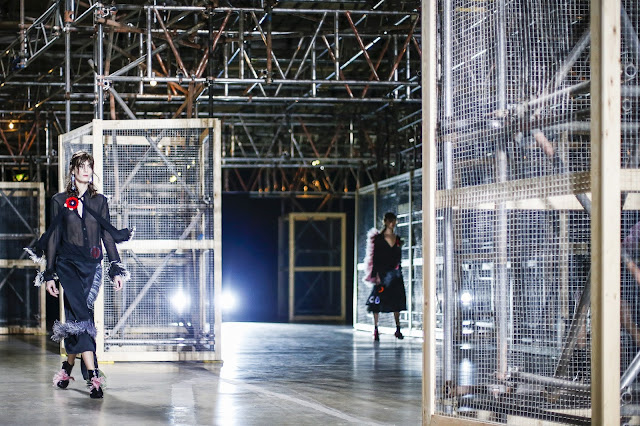 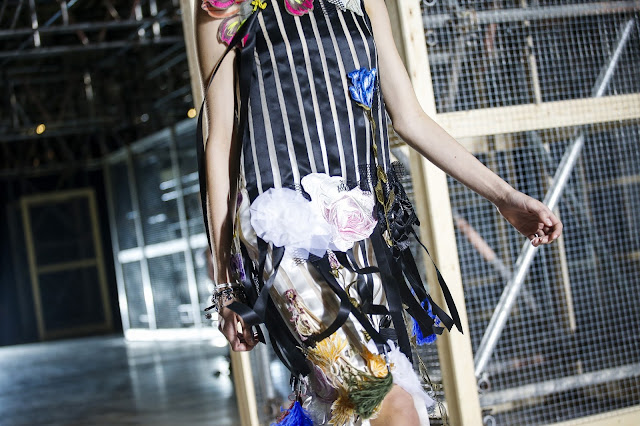 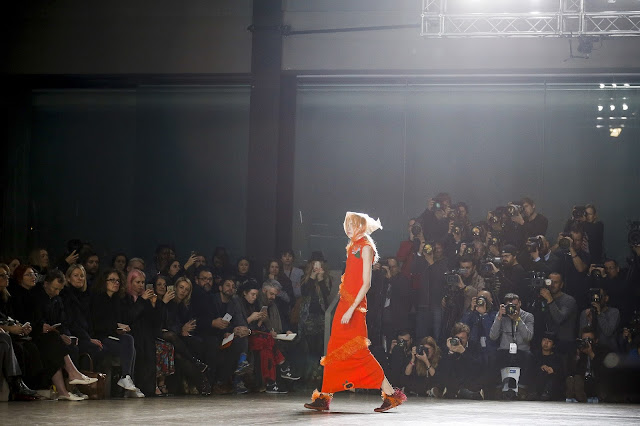 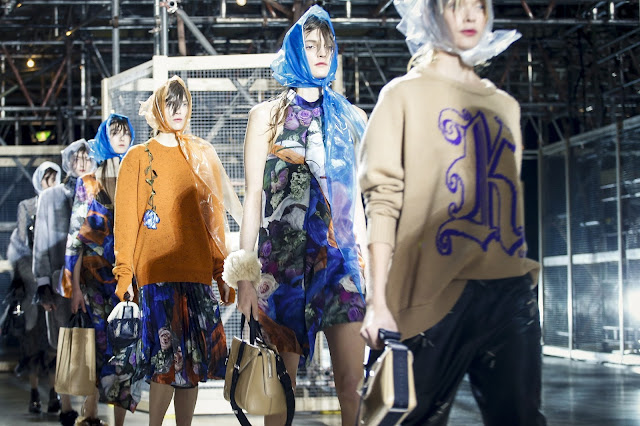