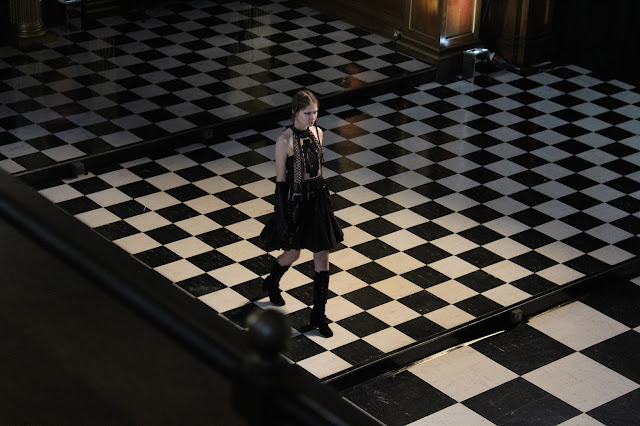 Bora Aksu is a designer who I have great respect and admiration for. With ten plus years on the official London Fashion Week schedule, the Turkish designer has weathered the stormy fashion system, unlike other names who continue to drop off the schedule. It would be remiss of me not to speak about his latest collection, presented on the opening day of LFW at St. Andrew’s Church in Holborn. Pews were arranged so that models could trickle down the aisle towards the eagerly anticipating audience members and ready photographers. Out they came, 32 models in total, with a fierce stride, decorated in beautiful clothing. It was Grand Duchess Olga of Russia who inspired the collection, and she could be described as the reason behind this breakthrough moment for Aksu.

Daughter of Tsar Alexander III, Duchess Olga lived in a palace near St Petersburg. She lived their before her flight to Denmark during the Russian revolution of 1917. From being ensconced in palatial surroundings to spending days on a far, Olga had a varied, culturally rich experience that many royals aren’t granted. To translate this into his collection, Aksu looked at juxtaposing opulence and simplicity which resulted in the unadulterated “folk romanticism” that permeated the collection. Looking at the opulence in the collection, lace macrames were seen throughout, as to be expected from Aksu. There were prim dresses, edgy jackets and soigné evening wear. Where the collection excelled was in its simplicity. The opening look, a macrame number featured flutters of tonal material that made a flared skirt. A cropped jacket was styled along with a bonnet. The overall simplicity was particularly affective in the instance. The same could be said for a shearling-accented coat with an opaque raincoat with black piping. Ditto a printed dress accessorised with a shearling pelt lined with black chiffon. While there was a lot going on, the exclusion of his signature made the looks a whole lot more digestible and desirable.

There was rich detailing in every look: in embroidery, fabrication and also in subtext (referencing Western European cultures such as a traditional Hungarian dance film, choreographed by Csaba Pálfi, and Duchess Olga) —the culmination was a breakthrough moment in Aksu’s career. As aforementioned, he’s lasted twelve years and to solidify his chances of twelve more, he’s produced a magnificent, rich collection that is his best to date. To the next twelve years! 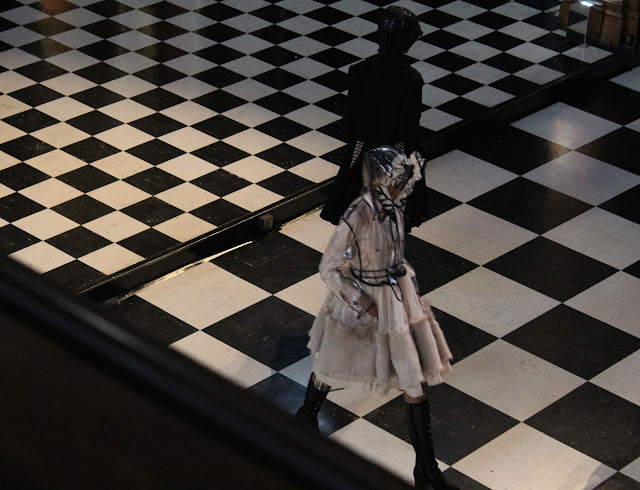 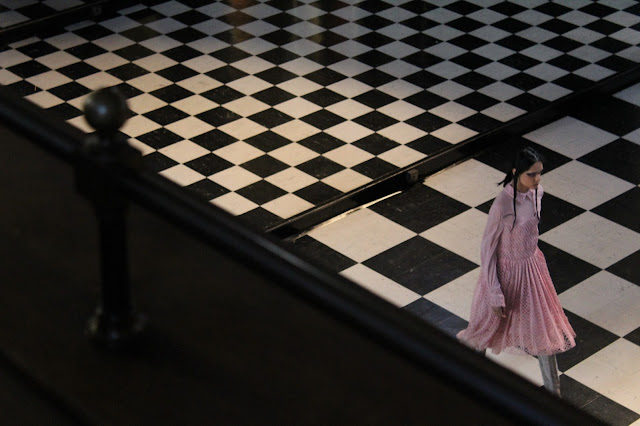 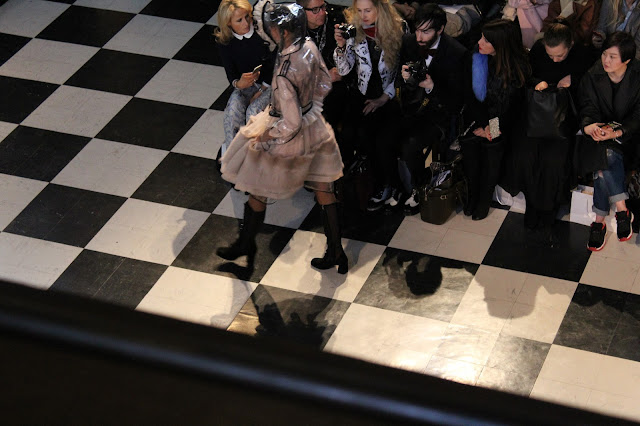 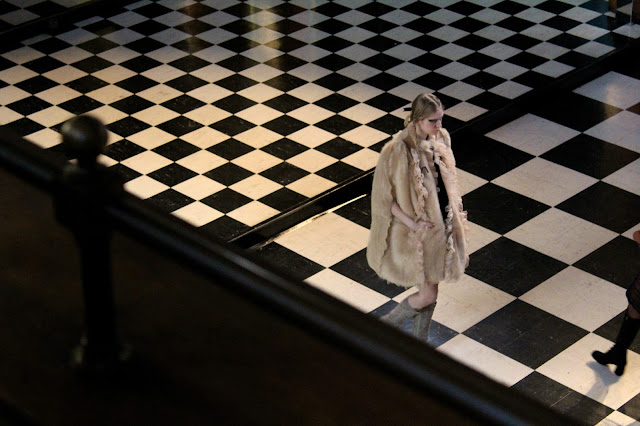 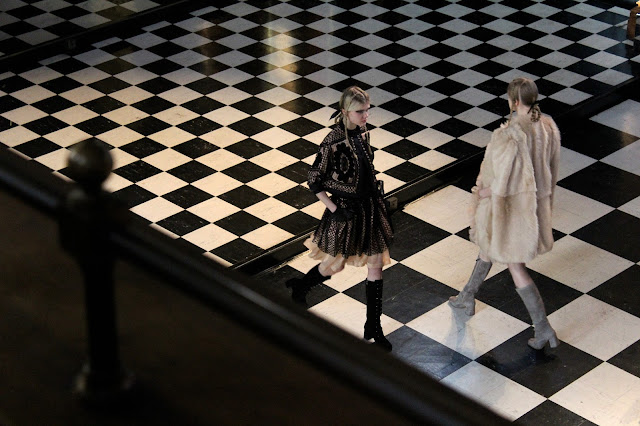 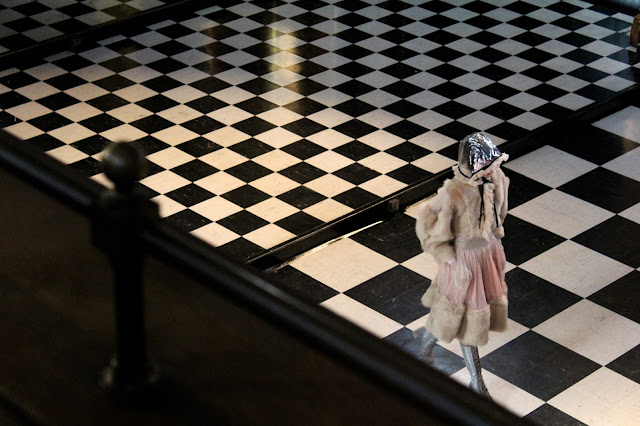 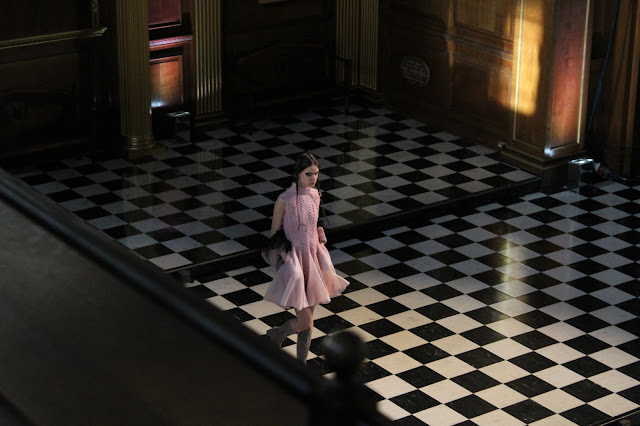 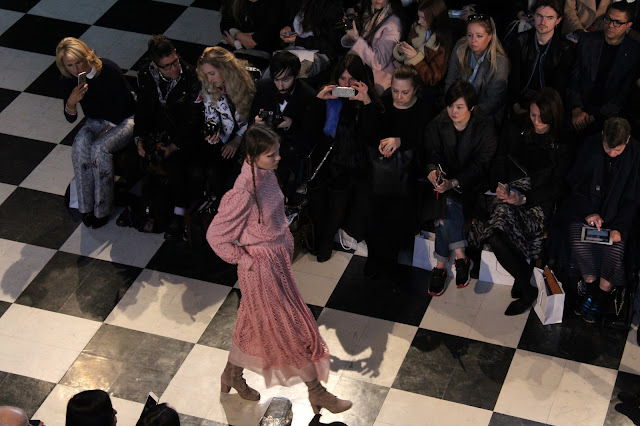 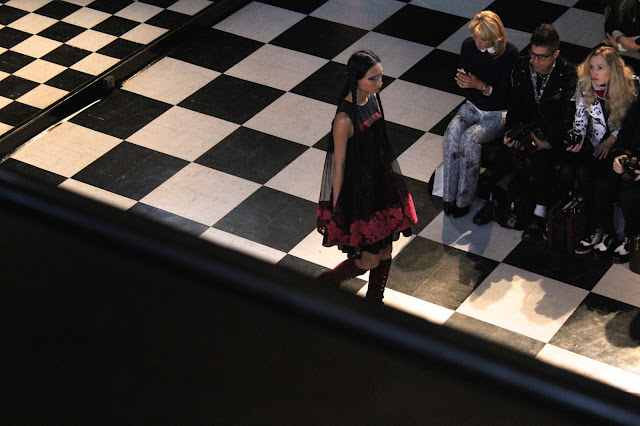 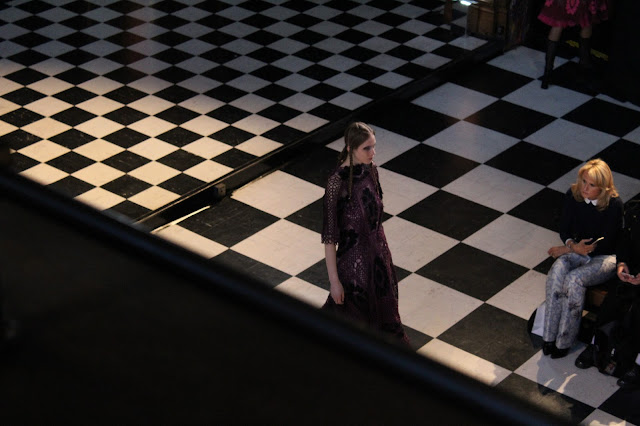 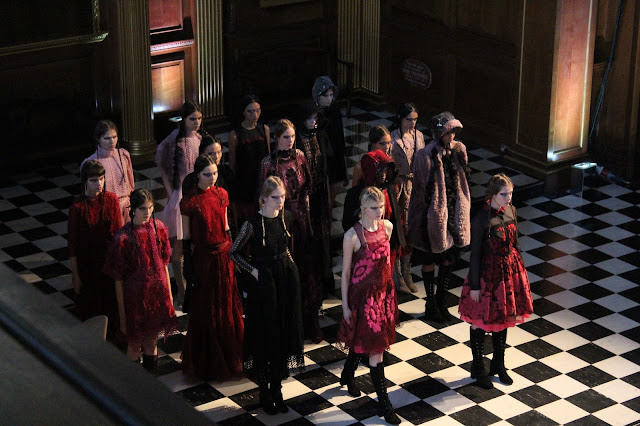