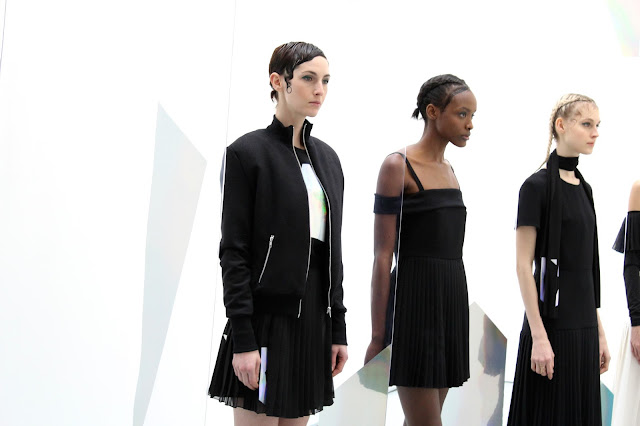 Excuse my absence this week. I spent four days in Paris and the rest with friends and family. To return to blogging, I chose one of my favourite collections from London Fashion Week: Georgia Hardinge. The London-based designer presented her Fall 2016 collection as part of the Painting Rooms Presentations collective, manufactured by PR company The Wolves. For the collection, Georgia was looking at lenticular printing (technology used for 3D displays), and an iridescent cutout star print lined the presentation space.

Georgia’s aesthetic is generally minimal. Colours are simple, the usual suspects appear each season. With her craftsmanship, she tends to go the extra mile—as she did here. Creating optical illusions, her stellar parallax enriched pleated skirts, basic tees, elbow patches and evening gowns. The audience gasped in amazement when they caught a glimpse off the iridescent, reflective embellishments within the looks. Georgia did serve the meat and potatoes of any collection: a staple coat, a pair of trousers and a nice dress. Factoring in the styling and the idiosyncratic touches, the collection is evidence of how you can transform a blank canvas into something subtly beautiful, and simultaneously impactful.

Intergalactic travel was on Georgia’s mind for fall, illustrated by the colour palette. Galactic imagery inspired the ivory, bursts of cobalt blue, deep magenta and black. Last years meteor showers introduced a running theme of “shooting stars” within the collection. Last year saw the release of The Martian and Star Wars: The Force Awakens, two highly profitable endeavours from film studios. Y-3 developed ‘space gear’ in collaboration with Virgin Galactic. There not the only fashion companies to experiment with the cosmos. With the threatening omnipresence of climate change, exploring the possibilities of outer space is a pertinent issue. Can we really live on Mars? These questions are being asked presently and the fashion industry are reflecting that. After all, it does provide some glamourous results.

There’s never—usually—a dull moment during London Fashion Week. You’re caught up in the comprehensive show schedule which stretches from the BFC-issued listings to Fashion Scout to off-schedule. A moment isn’t to be spared. Days from 9am to 9pm are spent looking at clothes. In the heat of it all, you need someone like Georgia Hardinge. She shoots you into outer space while also bringing you back down to earth. 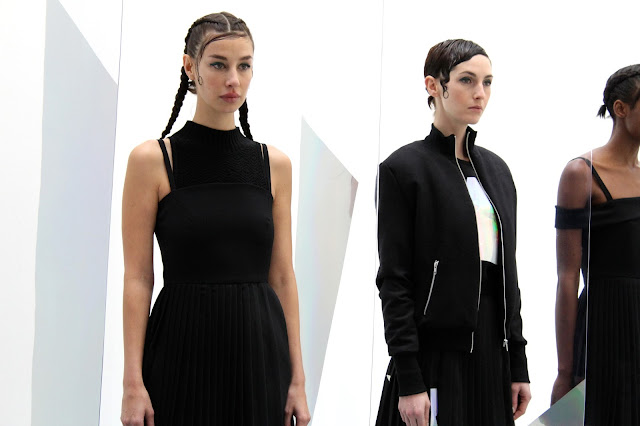 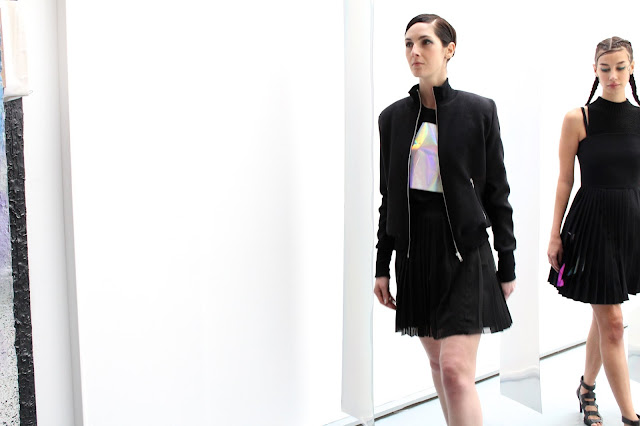 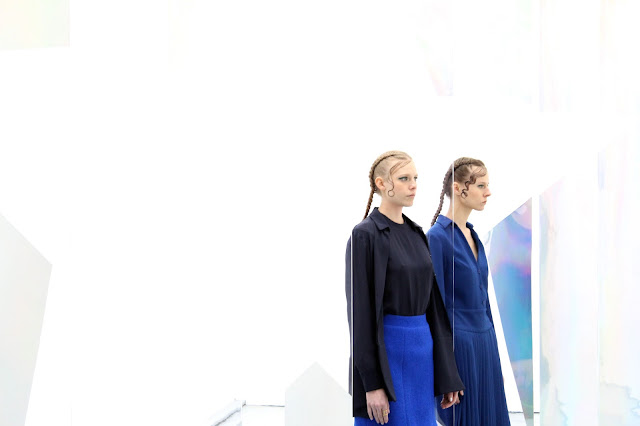 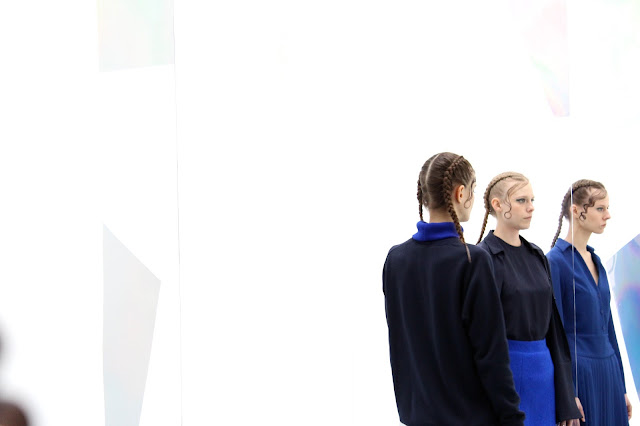 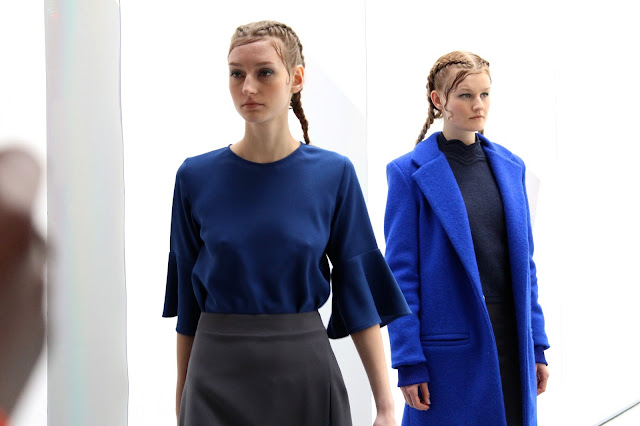 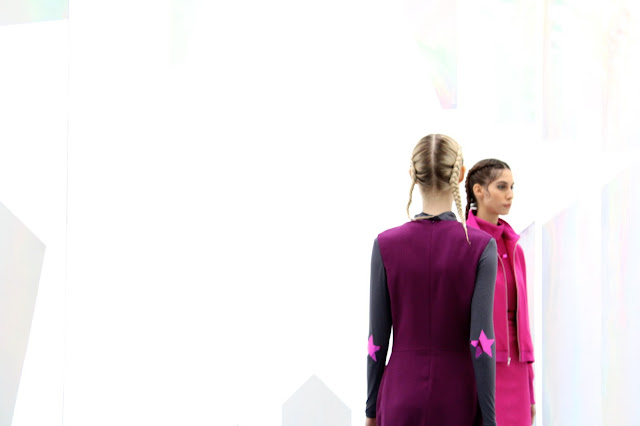 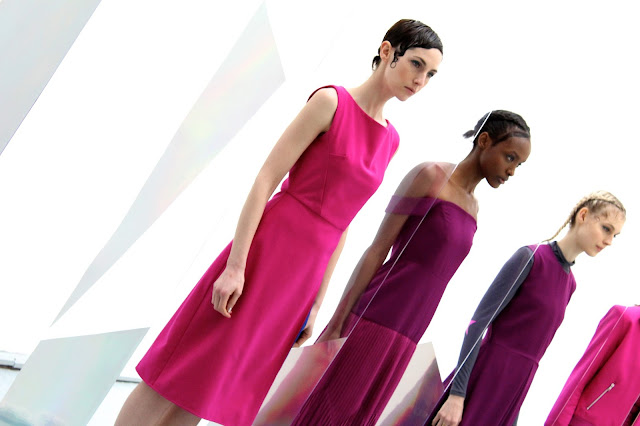 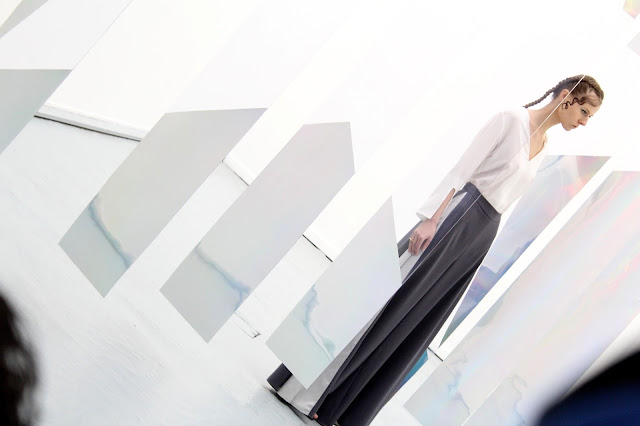 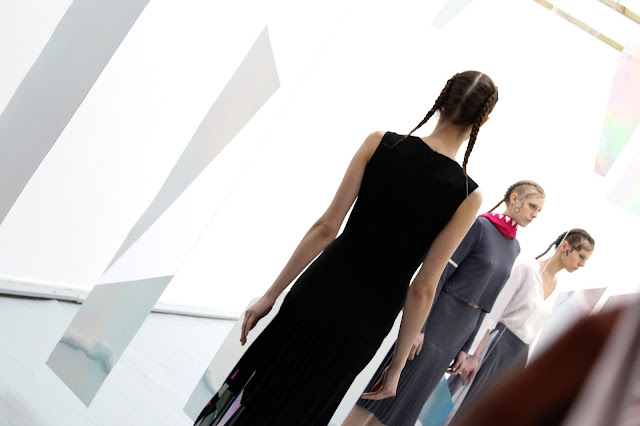 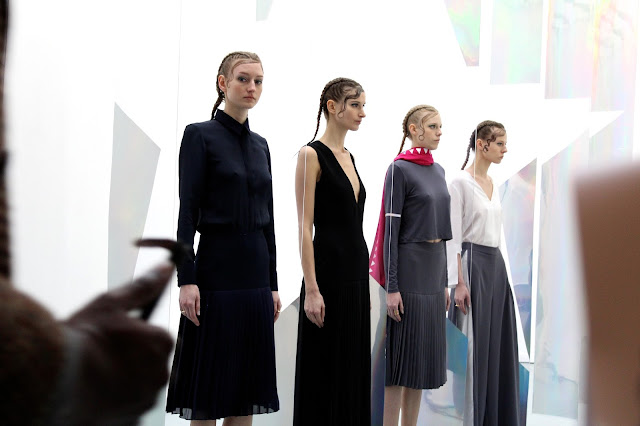 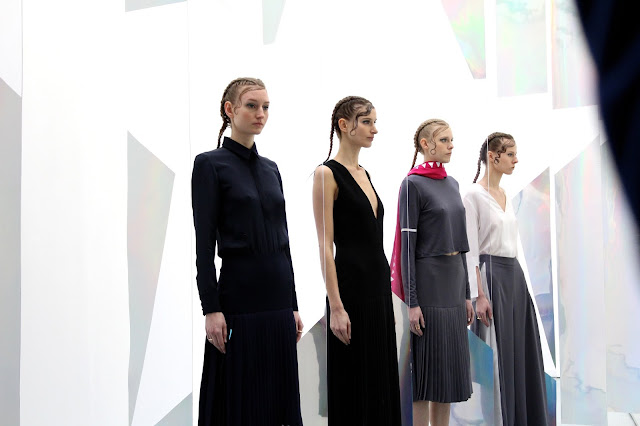 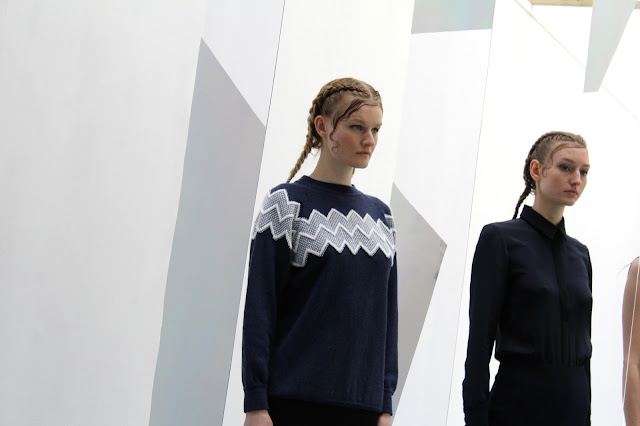 All photos are my own
Posted by Paulidoodles at 9:58 AM