New York Fashion Week was poor (an all time low some have said), it’s commercial approach diluting the content. I’ve been craving some unorthodox thinking, statements and great clothes for the past nine days. Thankfully London Fashion Week directly follows the week so the wait wasn’t too insufferable. With steventai as my first presentation there was an undoubted level of expectation. Would he live up to his last collection? Would he trump New York collections? Okay, that was a rhetorical question. Much to my delight, he answered both exceptionally. The Canadian designer toyed with the idea of being “an old soul.”

“Despite appearance, the steventai girl is wise beyond her years.” If last season’s brilliant childhood party flashback wasn’t to your taste, maybe this would: a take on granny chic that didn’t make you groan or yawn. The idea was to take materials and colours “that are nostalgic and reminiscent of the old lady in our daily lives.” There were corduroys in lavender, navy and beige that were frayed and woven, adding a modern flair. One lavender top featured an intricately embroidered floral motif on its back. It’s the little things. Wool cardigans, and frayed pyjama-like pieces were also shown. Those were more literal interpretations. Alluding to the old soul’s inclination to avoid parties and spend time in bed, models were dressed in swaths of white material, like they were wrapped in their duvet. 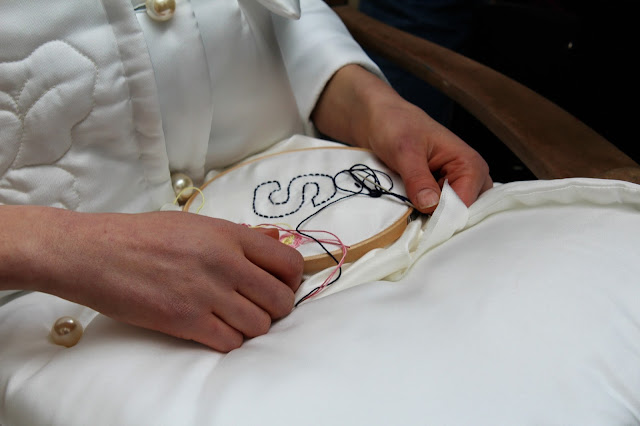 The set was quite something. A turnaround from last season’s classroom, here it was conjured into ‘your grandmother’s house’. What’s Become of Waring by Anthony Powell, A House in Order by Nigel Dennis, Isabella and Sam by Sarah Freeman and other books were stacked on a table, on top of an eyeleted tablecloth. Hung on the wall was a wedding day photo. Knick-knacks from the grandmother’s sewing kit were dotted around the presentation. Models were on chairs, an embroidery in hand. A nice touch. Sometimes without interaction, the clothes are out-of-context but Steven has mastered the art of the presentation. These clothes benefit wholly from a presentation.

As I made my way through a crowded show space at the Elms Lesters Painting Rooms, photographing the models as I went, I noticed at the very end of the narrow room an older woman, perched on a rocking chair also partaking in embroidery. One of the more Instagram-ed features of the exhibition, applause is in order for this bold, age-positive casting.

Generation-less clothing—that’s a intriguing concept. While others are focusing on genderless clothing, Steven’s virtuosic approach to encompassing a broad age range is admirable and frankly, refreshing. An emerging designer catering to twenty-somethings and octogenarians: what’s not fresh and exciting about that? 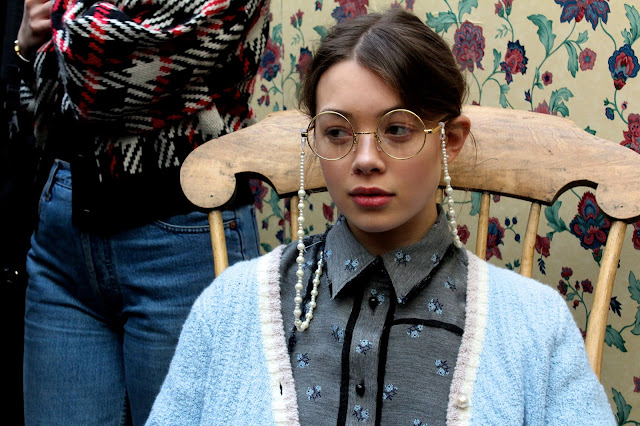 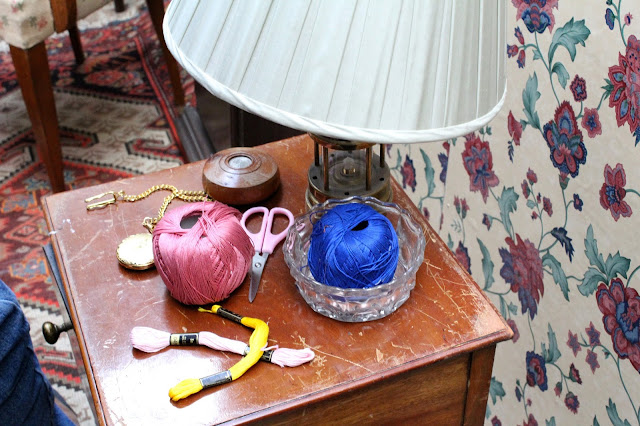 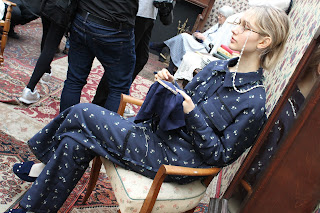 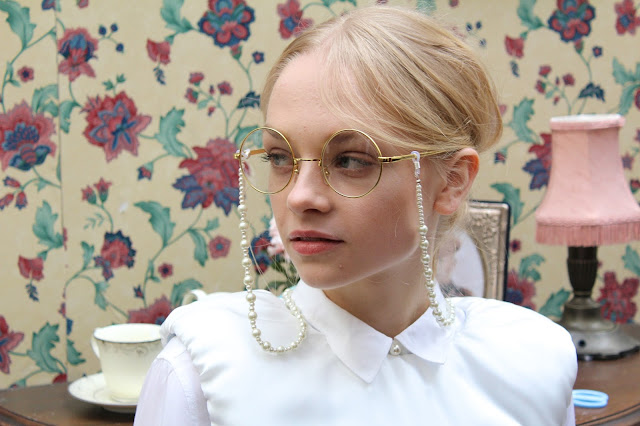 All images are my own
Posted by Paulidoodles at 9:56 AM