As New York Fashion Week closes with the unique Marc Jacobs show and a debauchery-filled party, I thought I'd reflect upon the week just gone before I fly to London for fashion week later today.

The celebrity designer saw four turns on the runway this week. Kanye West was first. Damaging his public image daily on Twitter, the self-professed, narcissistic “God” presented his Yeezy season 3 collection has Thursday to an audience of 18,000 in Madison Square Garden. Taking reference from a photo during the Rwandan genocide of 1994, the clothes didn’t bear the same powerful impact. They were boring and much the same as last season with exception of new additions to the colour palette. Besieging the fashion industry for an hour and a half to listen to his new album, played through an auxiliary cord—time well spent? Many thought not. The music is good, the clothes are not which is sad, giving he uprooted the entire schedule.

Rihanna’s Fenty x Puma collection on Friday night reinvigorated the sports brands codes. I don’t believe she designed it, but she neatly curated the collection. She had top models Gigi and Bella Hadid, Imaan Hammam and Lexi Boling amongst others, walk in the show. Its witchy appeal borrowed ideas from Hood by Air, Vetements and Alexander Wang.

Two labels with better standings in the fashion circuit are Victoria Beckham and The Row. Victoria Beckham has finally penetrated the filmy bubble that fashion critics occupy. This collection has been labelled ‘smart’ by some which is in stark contrast—in terms of fashion—to being dubbed ‘nice.’ Looking back to her roots and the initial 10 dresses she started out with, Victoria’s personal style evolution became the narrative of her Sunday morning presentation. Stylish, elegance with a few sexy overtones. Without the sexy overtones you could apply that statement also to The Row collection from Mary-Kate and Ashley Olsen. The former child stars were present, sitting on the floor during the procession. Their covetable wears got a positive reaction from critics and buyers this season. It was casual, put together and soigné simultaneously and The Row’s distance from the rest in the fashion industry make it all that more pleasant and palate cleansing each time. The latter two designers have it on lock. 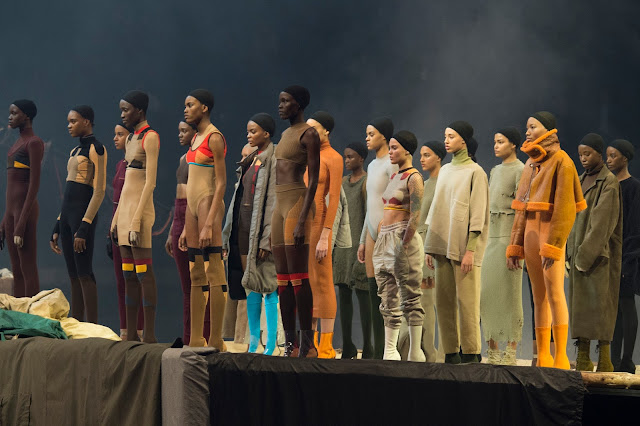 The emerging brands of New York performed exceptionally this week. Monse’s “relaxed glamour” was another win for the duo behind the label. Reappropriating the classic shirt, Laura Kim and Fernando Garcia are making clothes that are smart and chic. One of the 2015 CFDA/Vogue Fashion Fund Award winners, Jonathan Simkhai put the $300,000 to good use. Brand development is key here. You can look back to 2013 and see a steady evolution throughout the years to something grown up and elegant like this, combining wool, lace and fur to create a fabulous collection. The second 2015 CFDA/Vogue Fashion Fund Award winner is Rio Uribe’s Gypsy Sport. Jaden Smith’s a fan, and so am I. His not-too-expensive wares touch on 70s influences this season. His diversely cast men and women took the runway wearing outfits that will appease the hip downtowner or a Vogue editor. Body-positive casted Chromat embraced wearable tech in their collection yet again. Swimsuits and outerwear got a nice rejig in this collection.

Mike Eckhaus and Zoe Latta’s casting at their joint brand Eckhaus Latta has always been inclusive. Accepting all ages, genders, races, this season they showed in a museum in an intimate salon presentation that could also be described as their best. Artistically cut velour and oversized sweaters were on their mind. There’ll always be a few boundary-pushing pieces in an Eckhaus Latta but they have to commended for always making everything wearable. The same can’t be said for the wacky Hood by Air show. As I said in my review, you look at their brilliant commercial output and the baffling runway mess, you get to see two sides to the brand. There’s a level of superficiality here that can’t be associated with the exceptional Eckhaus Latta. 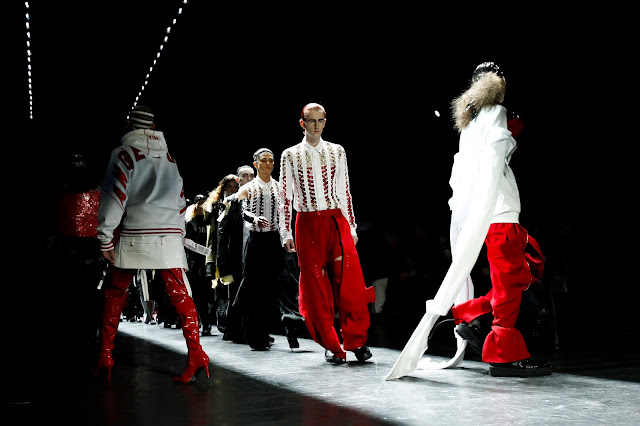 Existing in an entirely different world, separate from the normcore, stunts and commercial performance pieces, Laura and Kate Mulleavy’s Rodarte collection deserved a standing ovation. Their runaway bride and ode to the dark side of San Francisco was the most exciting thing to come out of the week. There was leather, diaphanous layers of lace, ruffles and celestially clad teenage brides with a vampy lip. I’ll revisit this one soon.

In the same vein as the Rodarte sisters, 3.1 Phillip Lim rebelled against the commercial constraints in favour of designing feminine utility-wear. Innovation is the word I use to categorise this fabulous display. Sophie Theallet was on a career high after doing this. Her Parisian touched display exemplified her true talents. An abundance of beauty was shown throughout and interestingly, body-positive casting was her mission. Likewise, Shane Gabier and Christopher Peters’ instinctive Creatures of the Wind collection was their undoubtedly their best. Midcentury modernism with a sexy flair. Bravo! Newcomer Sies Marjan, designed by former Dries van Noten design director Sander Lak was the most exciting presentation of the week, shown in an unfinished condo in Tribeca. The clothes were beautiful, and notably seasonless. 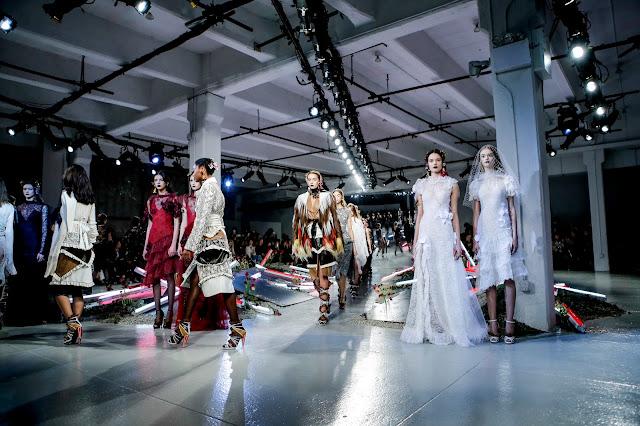 Seasonless clothing is a trend noticeable on the New York runways. From Narciso Rodriguez’s floaty winter garms with a suspicious summery peppering to Sies Marjan’s colourful palette, looseness and skin-bearing outfits. With talks of Spring shows moving to January and Fall to June, these clothes already could have a larger shelf life, effortlessly amalgamating the two.

The “broken” fashion system was also topical. Many designers offered ‘see now, buy now, wear now’ facilities for a limited period after their shows. Michael Kors had ‘Ready to Wear, Ready to Go’ available on his website. Diane von Furstenberg’s office party/“experience” was also ready for sale. Proenza Schouler, the week’s hottest ticket, was another label to jump on the train. Is this the future of fashion? It’s certainly better than demolishing the existing schedule in one swift motion. 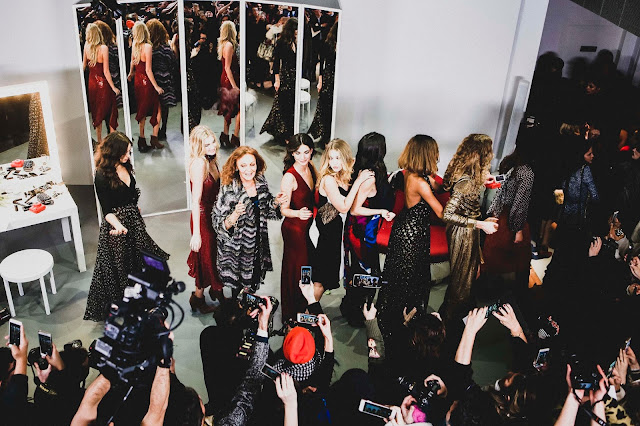 I eschewed from using the word “broken” as many times as I could during the week. It slipped in here or there, but is the industry really broken. Perhaps it’s just fashion being its usual narcissistic, self-obsessed nature. Largely, we're starved of refreshing ideas. Boredom quite possibly could’ve set in and we’re all too numbed to realise it. Is change nigh? Yes and no. Power players like Burberry and Tom Ford are switching up their models of operation. But fashion weeks are scheduled until the end of 2017. Likely, we’ll have another two years in the current climate. Who knows? Maybe we’ll have preoccupied ourselves with another new idea by then. We might be fixed. But if one thing’s for sure: New York Fashion Week needs fixing. There was a dearth of ideas during the mediocre week. The collections were better than last season but they weren’t powerful or impactful.

On to the next one.
Posted by Paulidoodles at 6:00 AM