I must preamble this review by asserting my complete lack of bias towards Mary Katrantzou’s collection. None of my reviews contain bias but this was my first show from Mary and what a spirited affair it was.

Shown in the cavernous 1 Granary Hall at Central Saint Martins, where Mary was a student once upon a time, silver balloons undulated at the foot of the runway. The Warholian display underscored the “themes of duality, lovers, and love lost.” The most iconic image of lovers is Romeo and Juliet. The ballet by Sergei Prokofiev and Baz Luhrmann’s Romeo + Juliet film were the main reference points. It was Shakespearean in its drama—the star-crossed lovers were represented in “gendered” clothing with masculine and feminine clashing in coating and feminine dresses. A sheer, polka dot blouse was styled with a leopard print skirt. You did just read that correctly: leopard print. It wouldn’t be a Mary Katrantzou collection without a subverting the primary theme. Americana—a trend making the rounds again was seen again. Like at Coach during New York Fashion Week, Mary’s western-infused collection was given extra panache. There were cowboy-style shirts and coats with contrasting panels, and the arresting display continued with starry motifs, butterfly prints, chevron, unicorn prints and more tantalising creations which stomped, furiously, over a lot of the stagnant New York collections. 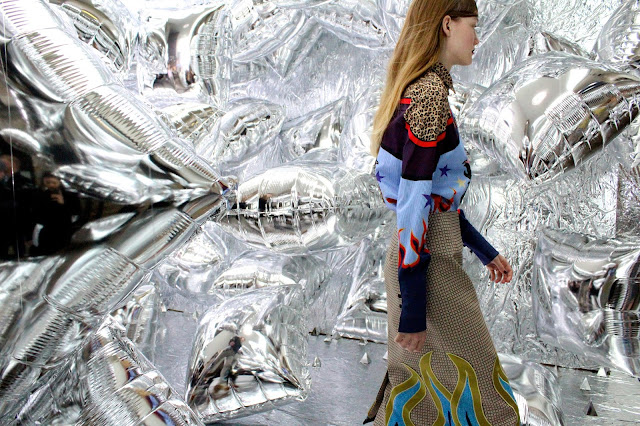 Ditching print a number of season ago in favour of focusing on different ideas, Mary paid homage to her early days, revisiting the digital print. Butterfly printing on shirts and dresses richly enhanced the collection. Printmaster she is, we’ll never forget it. Tastefully done, the clashing, eclectic prints were absolutely mesmerising.

Partnering with FunTastic Furs, Mary’s offering of pelts and jackets will be on every buyers shopping list for their customers this fall. Leopard, a flame print and colour-blocking fused to create a coat that will cost an extortionate sum. Other accessories worn in the collection were headscarves. They reminded me of last season’s galactic gypsy princesses. The shoes were made in collaboration with Gianvito Rossi. If your a fan of street style photography, seriously familiarise yourself with these accessories. As conveyed by the number of attendees dressed in MK, September fashion weeks—they’ll be everywhere.


Alice Metza’s gown featured a pleated skirt, but more importantly and detailed, embroidered bodice. Centred was an aqua butterfly. From an egg to caterpillar and chrysalis to butterfly, the evolution of the insect is quite fascinating. Throughout the years we’ve had the pleasure of watching Mary Katrantzou flourish and become one of London’s most reputable labels. What an interesting evolution its been. The next stage of it will be even more exciting. 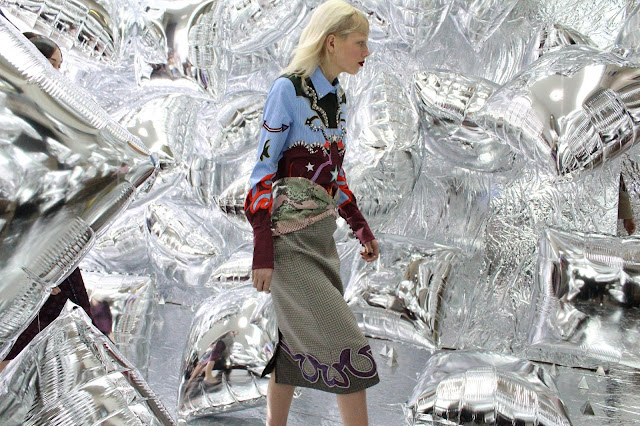 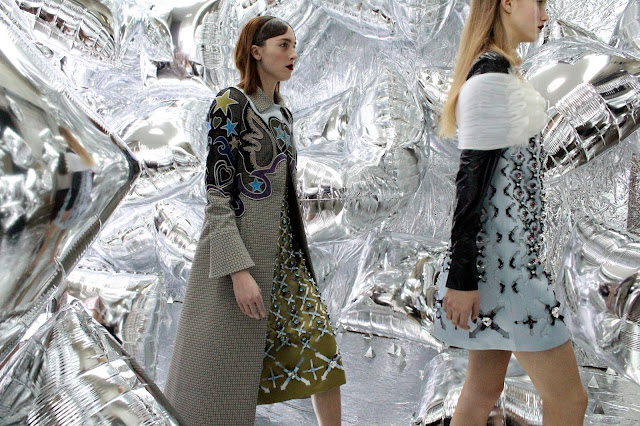 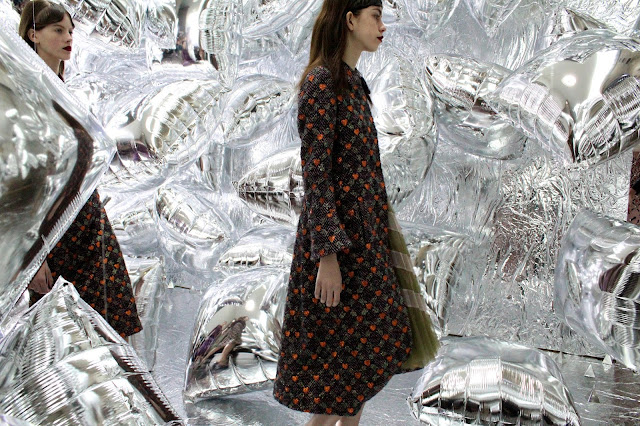 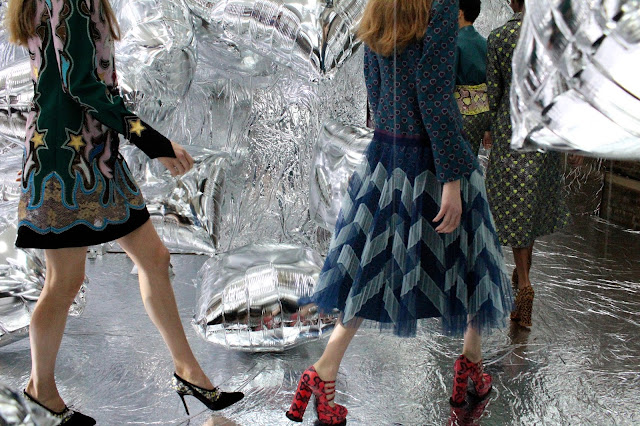 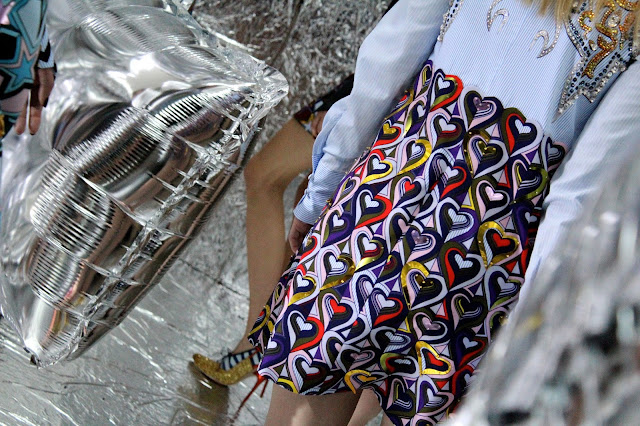 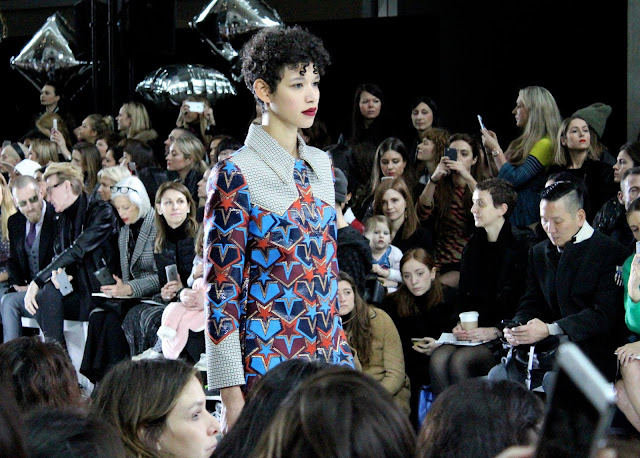 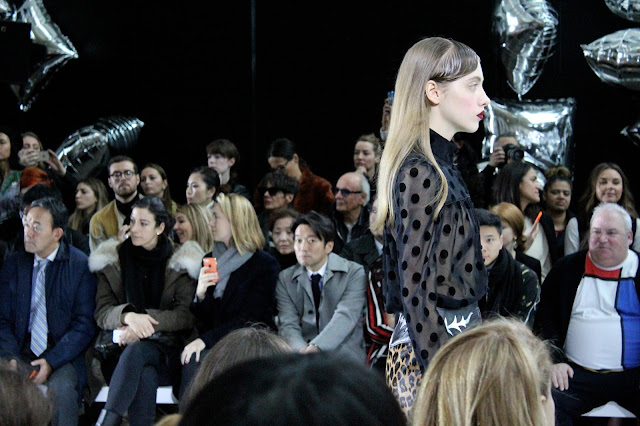 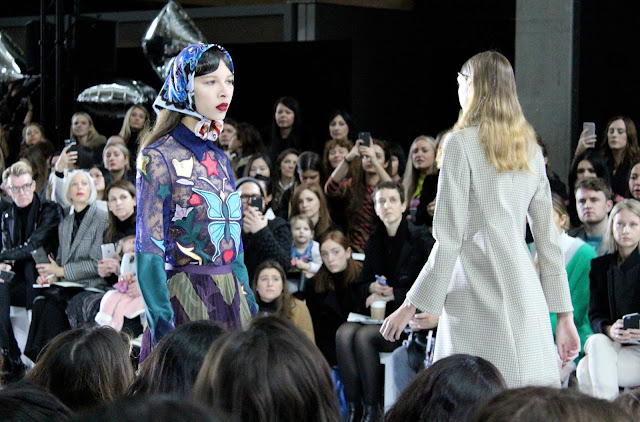 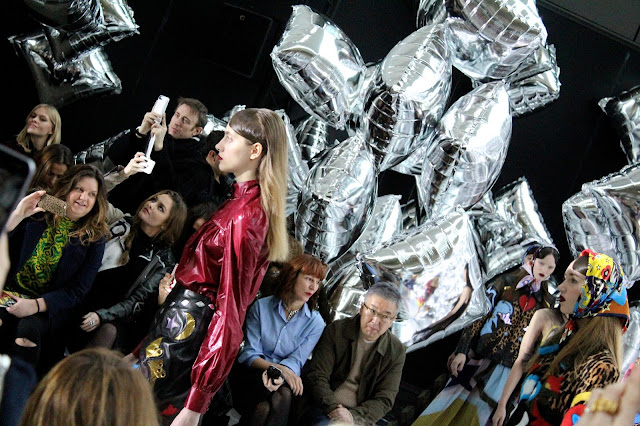 All images are my own
Posted by Paulidoodles at 9:38 AM