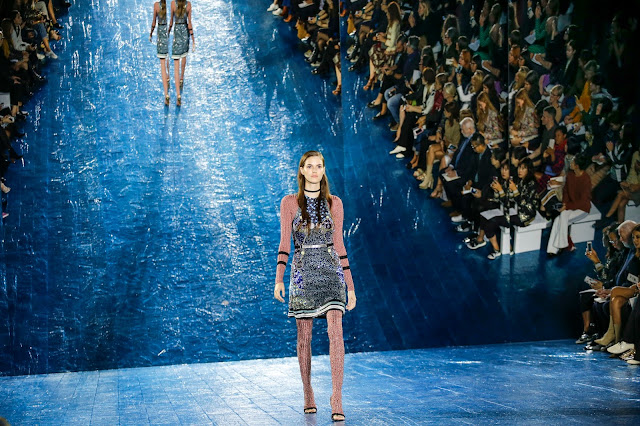 Recently, I commended Aaron Sorkin’s writing for the Steve Jobs biopic in a links post. Sorkin is a writer who shapes his films in a three-act structure. There’s a solid beginning, middle and end. It’s precisely acted and delivered exceptionally. To think of a fashion designer with this same effect, my mind immediately went to Mary. The Greek designer also cemented her collection in a three-act structure. There was the embellishment that opened the show, a blistering ascension to the cosmos with art history references—see Flammarion wood engravings emblazoned on dresses. Katrantzou prioritised lightness; embellished pieces can be heavy. The feathery mini dresses were cut fabulously. There will always be a commercial desire for a mini dress. When they come as gorgeous as those, customers will be clamouring for them. The second act progressed into an elementary volume and construction course. Iridescent surfaces adorned heavily structured pieces. One violet jumpsuit boasted a quilted apron and billowing ruffles. A quilted, blue dress worn by the fantastic Anna Cleveland had cascading ruffles bursting from its empire waist. The final, third act in this show was a venture into tailoring. Sharp and precise, tops and trousers took to the runway. Lacing, metallic colours and metal enriched those pieces.

The folkloric costume traditions of the Balkans permeated the entire collections, appearing in all three of the aforementioned acts. The models, the gypsy princesses stridently took to the runway and paraded a line of mismatched florals—a self-referential return to her own beginnings. The clothes were airy but packed a punch with their magnificently detailed prints, demanding interest from the outset. 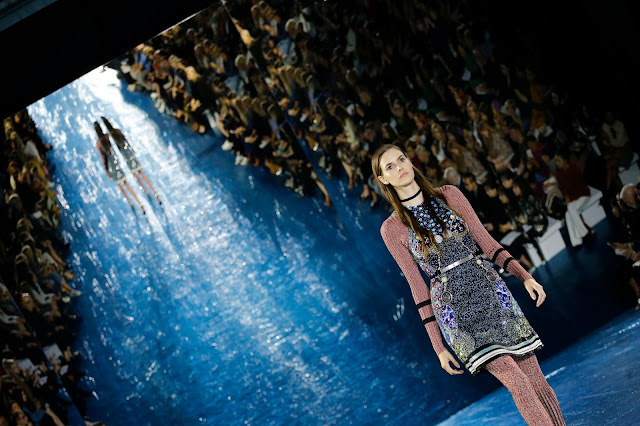 Mary Katrantzou won the British Fashion Council & Vogue’s Designer Fashion Fund of £200,000 in March. The fund has enabled the brand to take the next step in becoming a fully fledged label. Her Spring 2016 collection was the first with the fund in use. The results were visible. The pieces were more luxurious, the show space was bigger—it was Central Saint Martins, where Katrantzou graduated in 2008. How things come full circle, hey? Her creativity still lights up fashion week eight years later. This collection was a extravagant, majestic journey to the stars, but it never became starry-eyed. 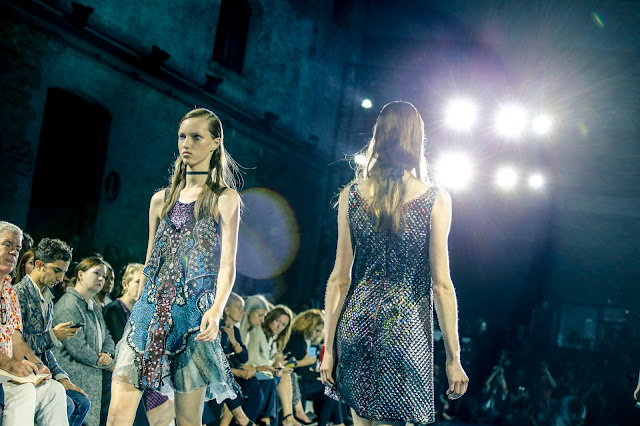 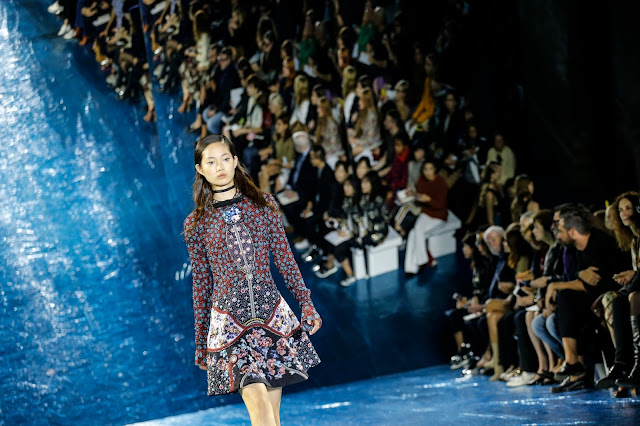 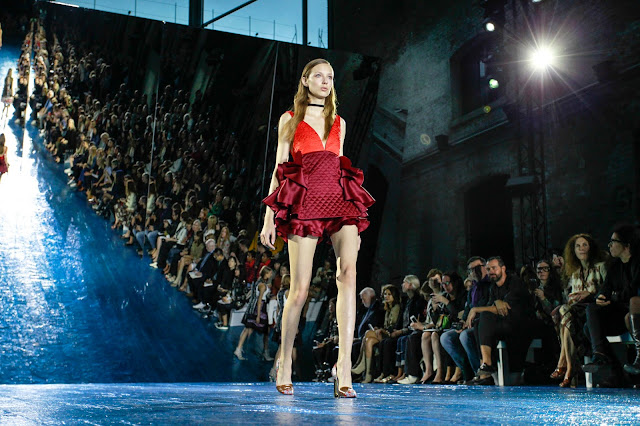 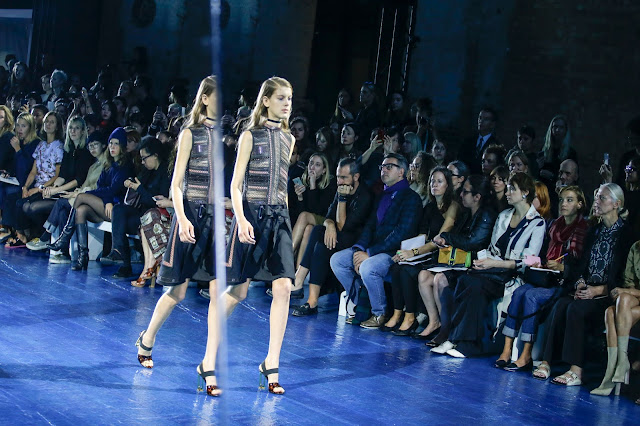 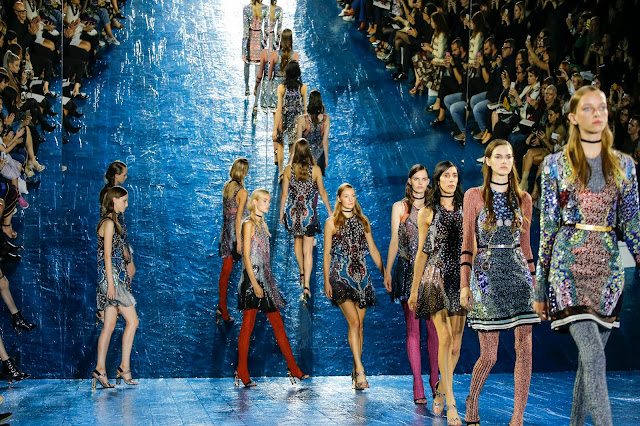 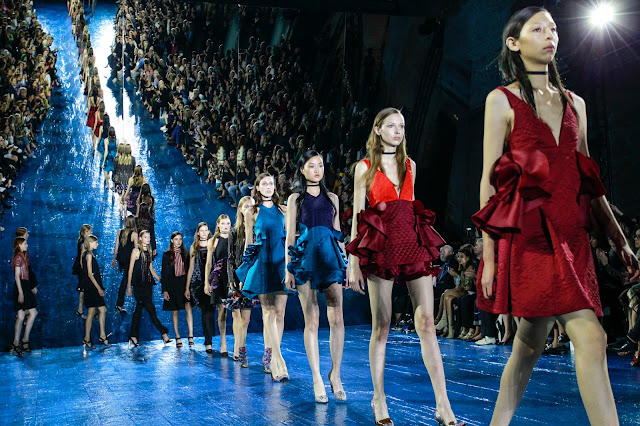 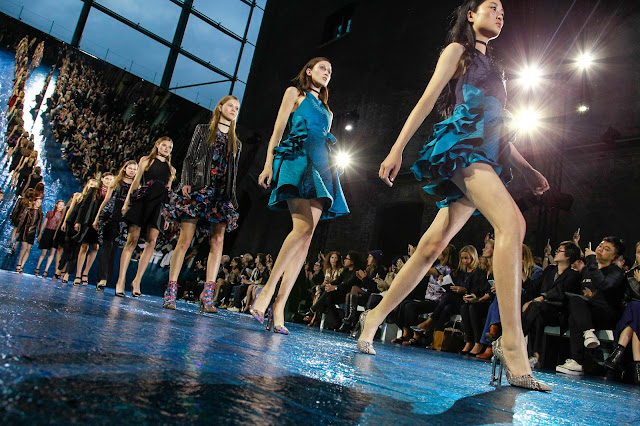