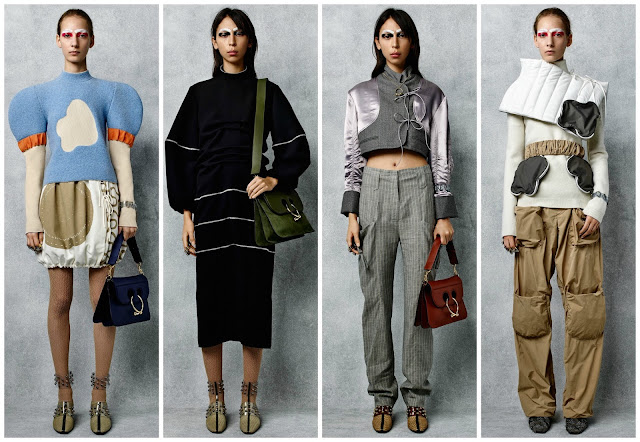 The year is reaching a close and the pre-fall collections are upon us. Truthfully I don’t pay the utmost attention to the pre-fall collections but I do obviously take time to peruse Chanel and Gucci, Dior and Louis Vuitton. J.W. Anderson, after a whirlwind few years, also takes a prime place. His pre collections are as profound and outstanding as his ready-to-wear. He rehashes and creates new ideas, simultaneously, in refreshing and unique ways. Everything he creates is singularly his own and reflects no other designer’s aesthetic. It hards to do but Anderson has managed to distinguish himself from the crowd.

What a year it has been for Anderson. The designer collected two important British Fashion Awards in November, one for best womenswear and for best menswear. Both prestigious honours, before that he produced the spring 2016 season’s most polarising collections. There was the leg-of-mutton of mutton shoulders, lantern sleeves, pants tucked into boots. Some people were repulsed and others were floored. I was floored. His fall 2015 collection in February was an ode to the 1980’s Berlin club scene. Fast forward to this week and the pre-fall 2016 collection is upon us and it is as impressive as you expect.

Opening the cookbook shoot was a blue, orange and white colour-block leg-of-mutton sleeve top with bulb skirt. Issa Lish’s pewter top and trousers were festooned with circular and pocket accents, respectively. It was quasi-militaristic but maintained an odd, summery air. Wool and satin fused to create a cropped jacket. The new workwear. Striped Irish linen drill trousers were worn with the look. The following look was another toned down version of the now iconic leg-of-mutton pieces. Serving gothic Victoriana was the black leather coat with a flared hemline and cuffs. A similar gothic jacket will surely be the bestseller from this collection.

Once again, Anderson effortlessly blends the past through the point of view of a different past era. Ultimately, the output is a tremendous display of the past fused with the future. The collection was just a further example that the label is steeped in originality, pushing the unusual to the fore in a tasteful way. Ingenious. 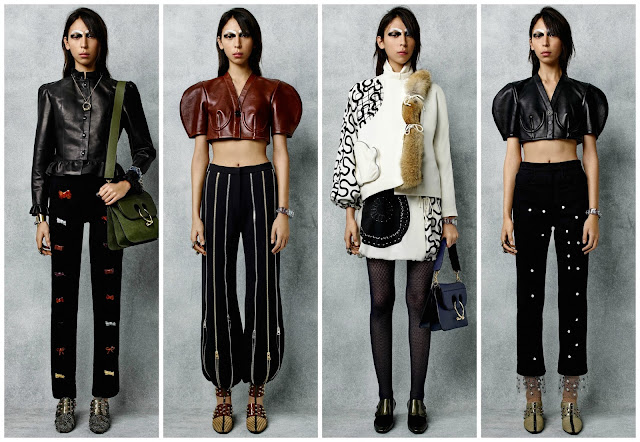