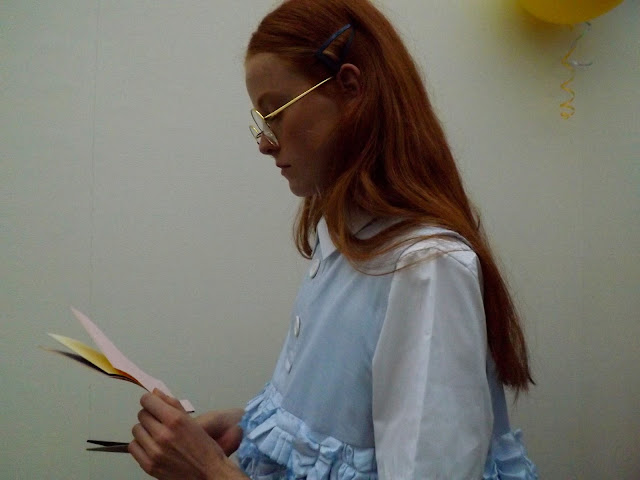 Steven Tai’s show space was one of the best I saw at London Fashion Week. The Canadian designer worked with a set designer to bring us a classroom. September. Party. Class 3B. Streamers dangling from the walls and chalkboard. Party activities, jelly (or candy) eating. Pinned to a board were pictures of girls from the 80’s, and the models name’s from the show, emblazoned on stars. There were balloons too. Enough context? Clearly, an awkward in-school birthday party was inspiring Tai for Spring. Specifically, the “geeky, nerdy, somewhat naïve” Steven Tai girl established in his first collection made a reappearance. The nostalgia in the collection was the setting, the pictures, the props. The clothes were a reflective of modern times. Girls today are attempting to recreate the styles of generations past. The result is a both nerdy and witty.

“Worst Day Ever,” the collection is pessimistically titled. It must’ve been quite the opposite for the designer who presented the collection to much acclaim on the second day of fashion week. The show notes declared the inspiration draws from summer, though the set would beg to differ. A “suburban summer without a breath of wind, the punch is watered, the cake moist.” That all sounds tragically bad, but the clothes gave an optimistic pizazz to that.

The colour palette employed uses “candy and lemon tart.” Diluted pinks, aqua blue, navy school uniforms, blue and lemon part dresses. One golden, lemony sheer blouse worn with a ruched button up top and ruffled skirt was my most photographed look from the presentation. I’ve narrowed that down in this post. The lemon and blue top and pink and blue skirt combo was inspied by the “checkered tablecloth of birthday buffets.” The most stylish cloth one will ever find. Yarn was woven into a layered organza dress, creating mini bursts of colour.

The customer is easily distinguished from the clothes. She is attracted to the kitschier things in life. The frothy ruffles, bubblegum hues, funky party dresses. The slightly awkward geeky girl that inspired this collection was, in my opinion, given the truest and most refreshing take on the trope. This is real geek chic, not the glamourised version that we’re used to seeing. How could you not like this endearing display. 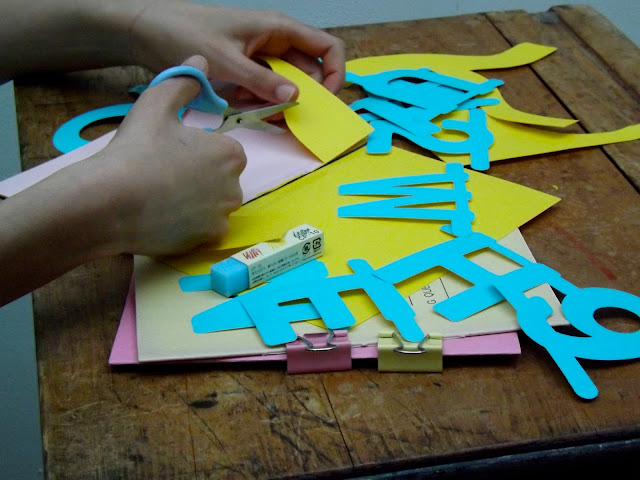 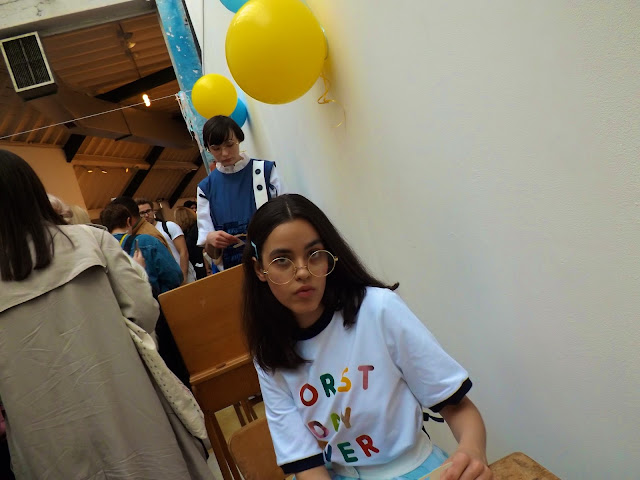 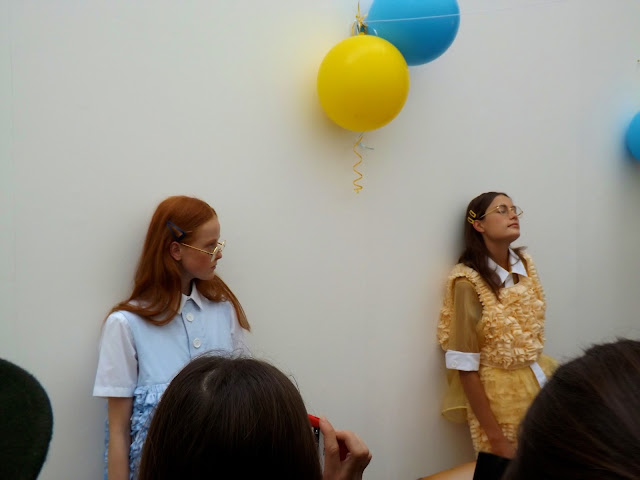 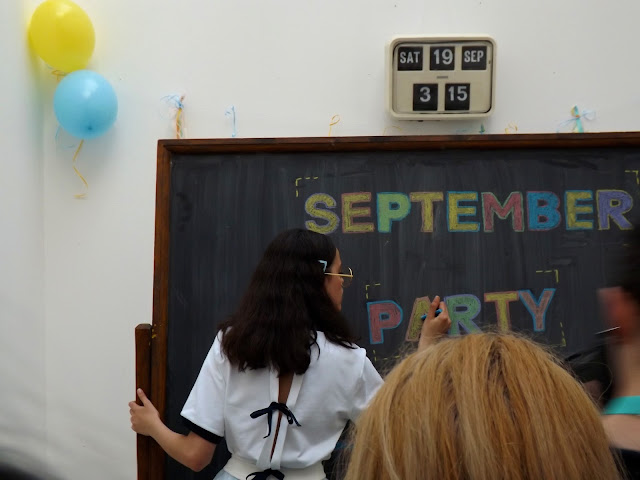 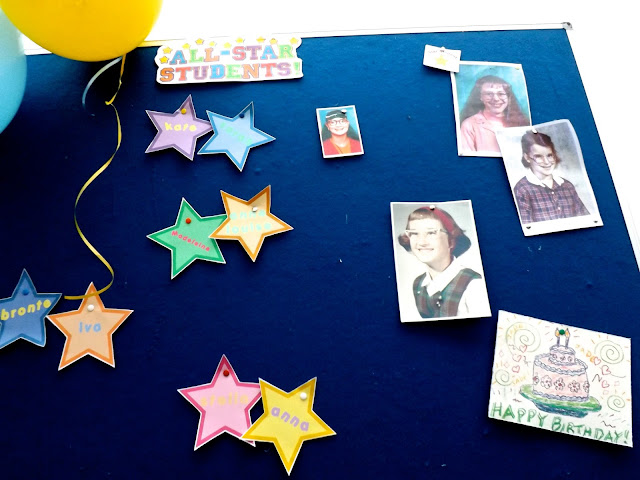 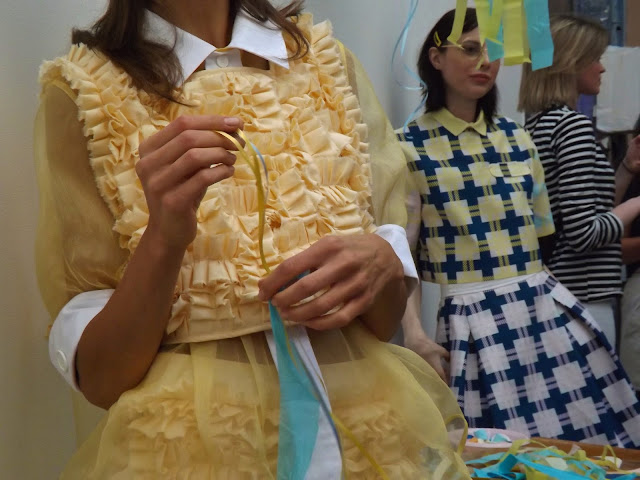 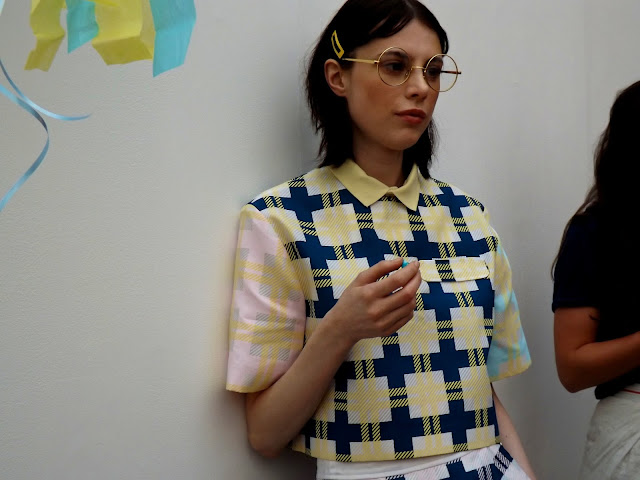 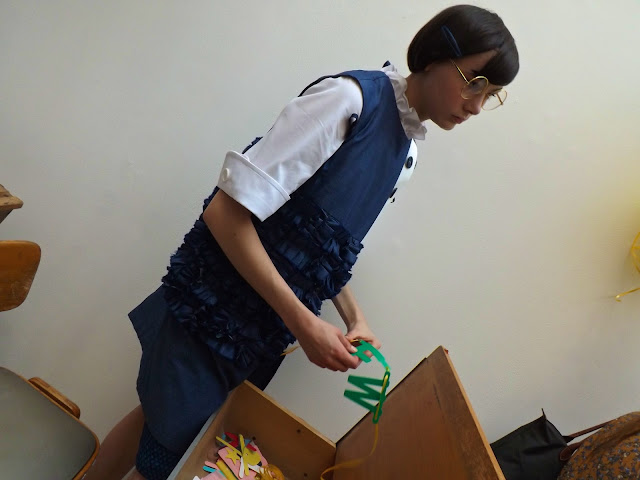 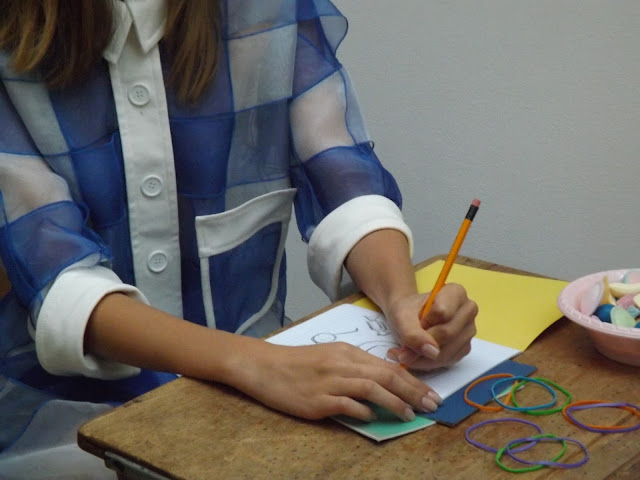 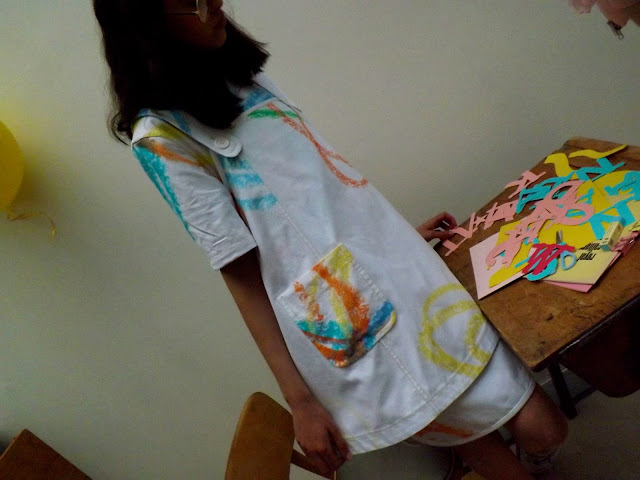 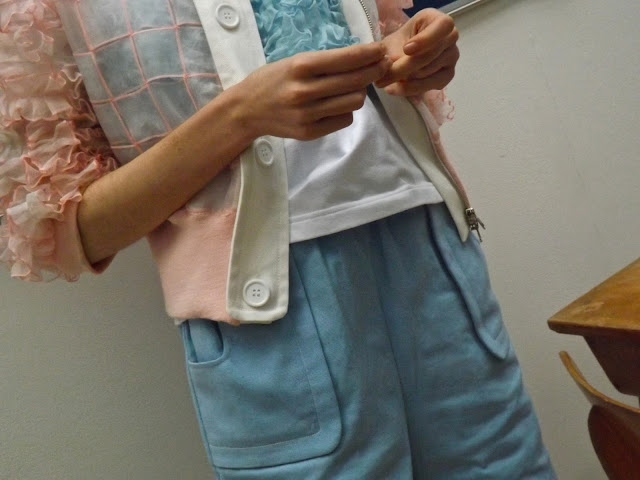 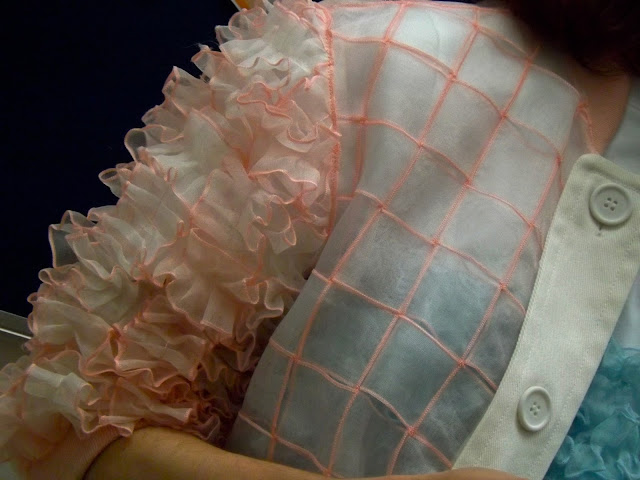 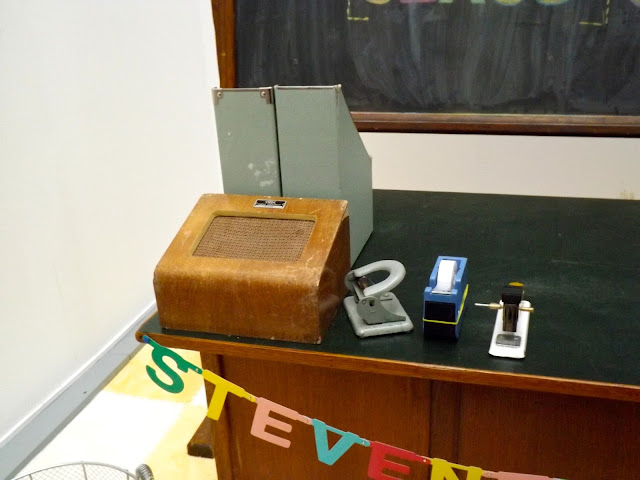 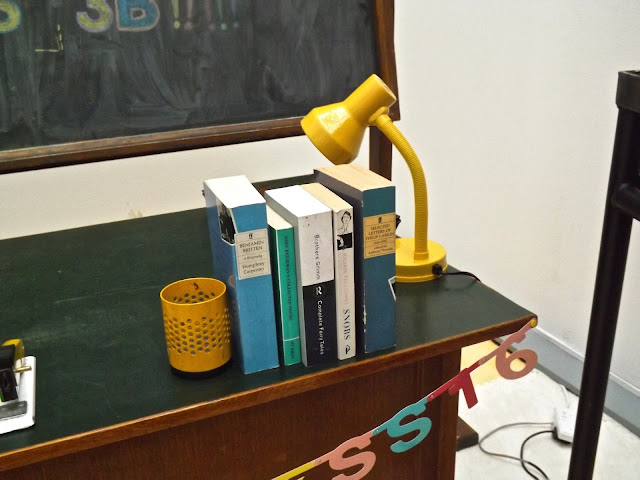 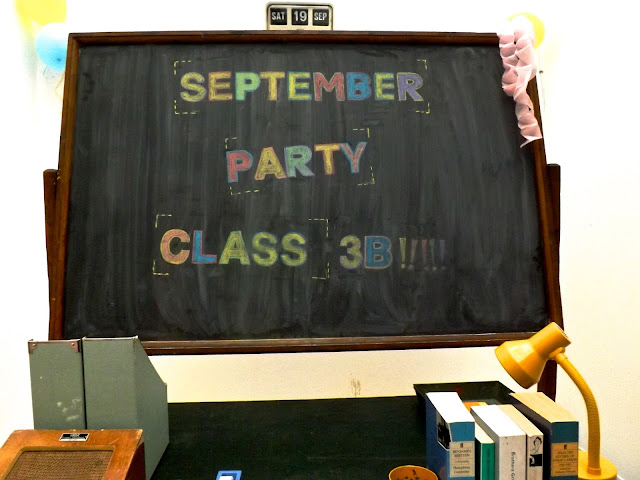 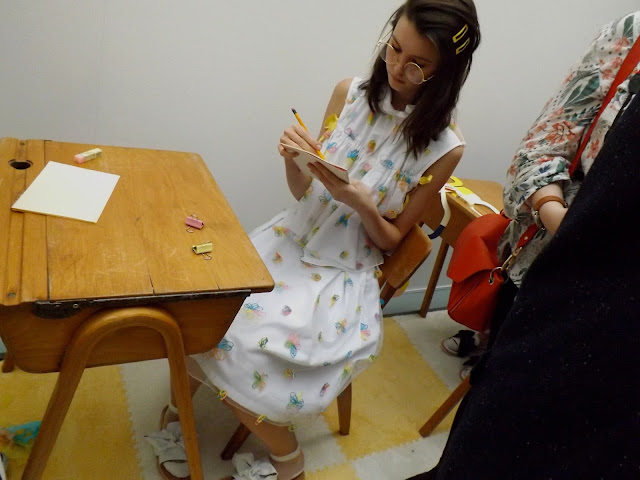 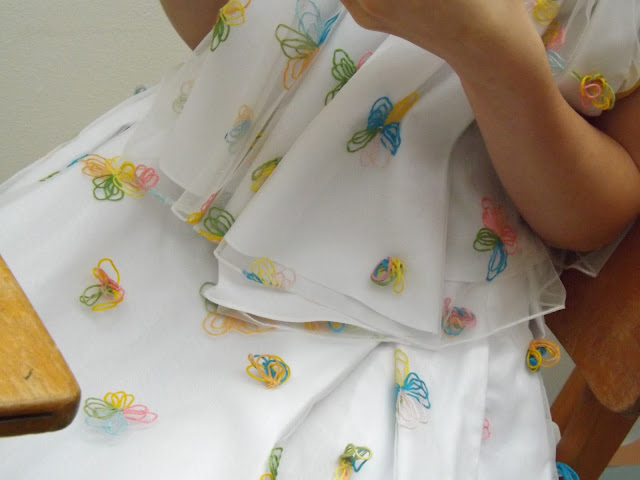 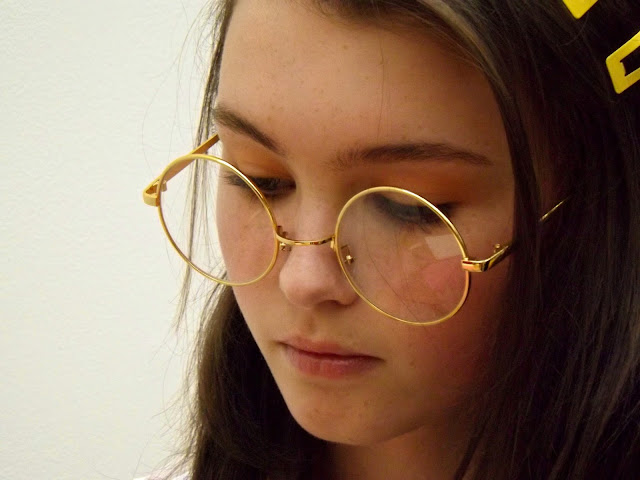 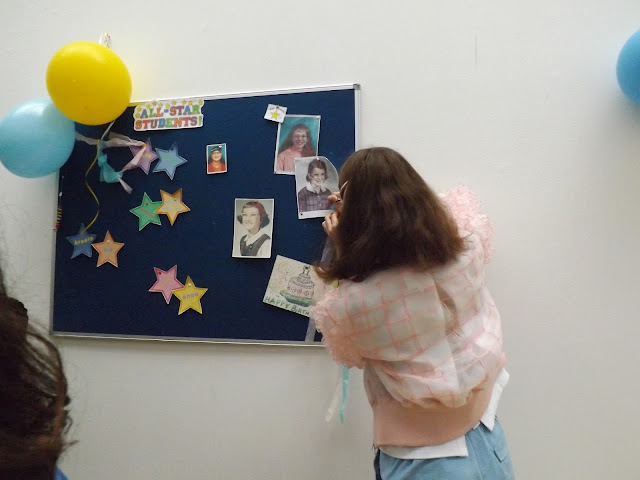 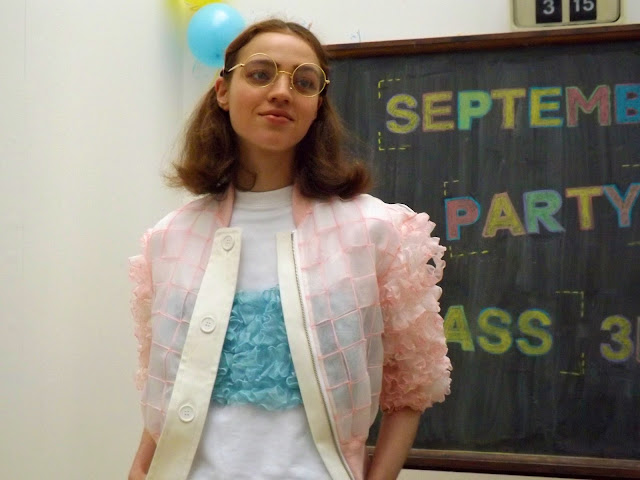 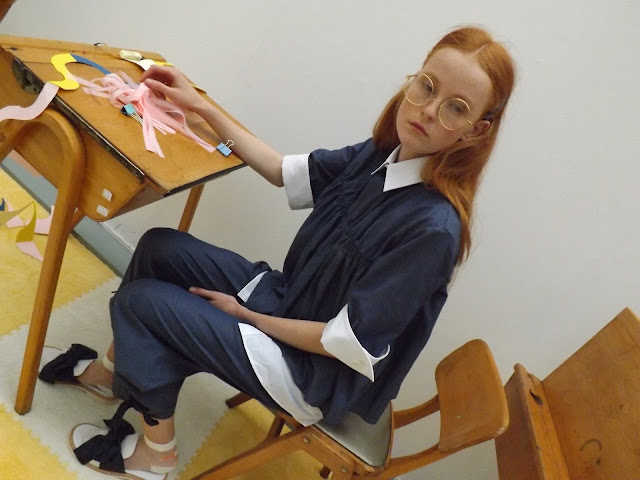 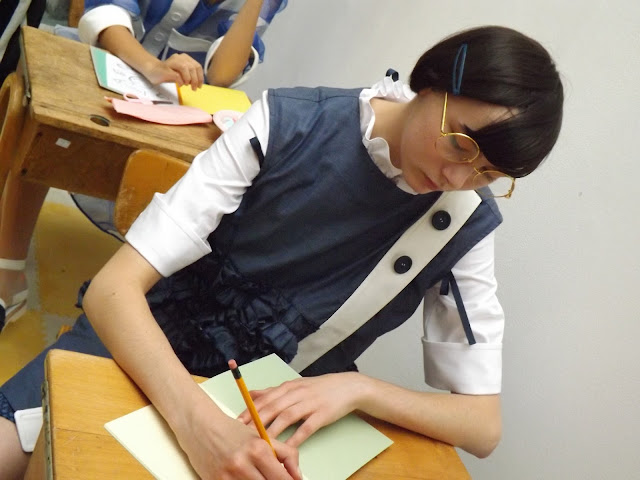 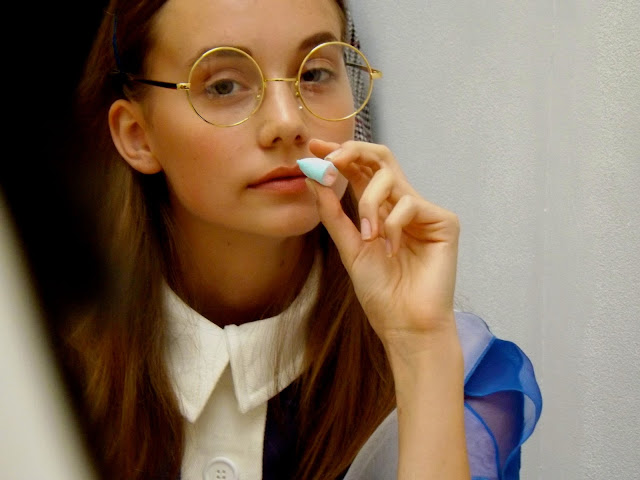 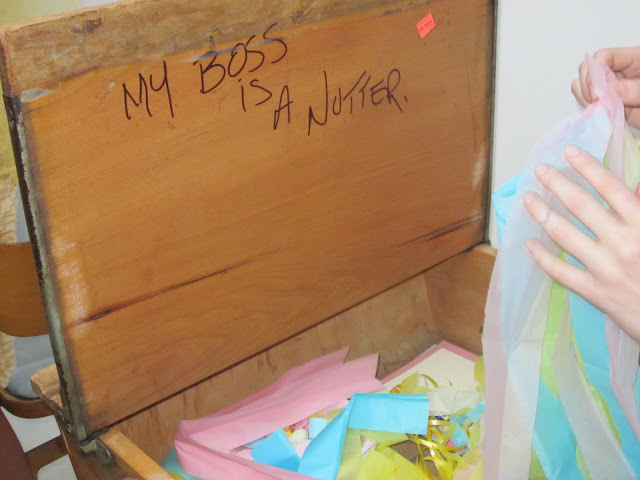 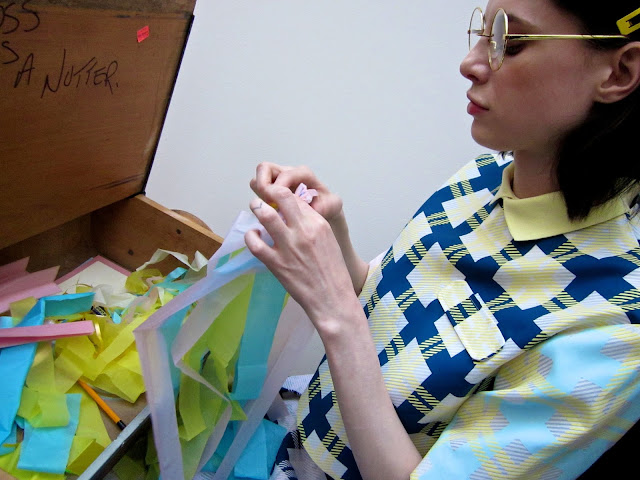 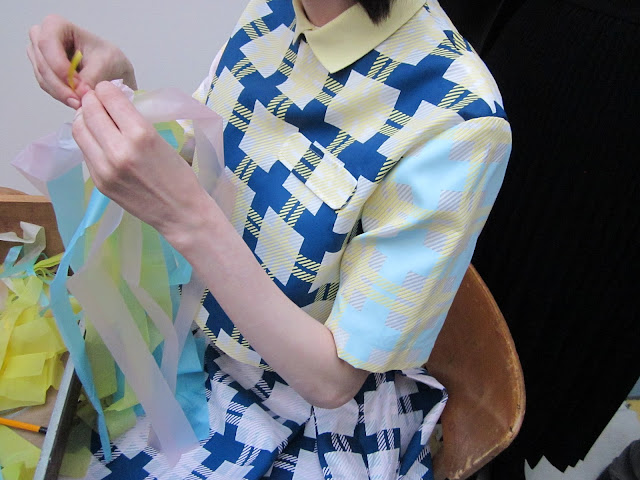 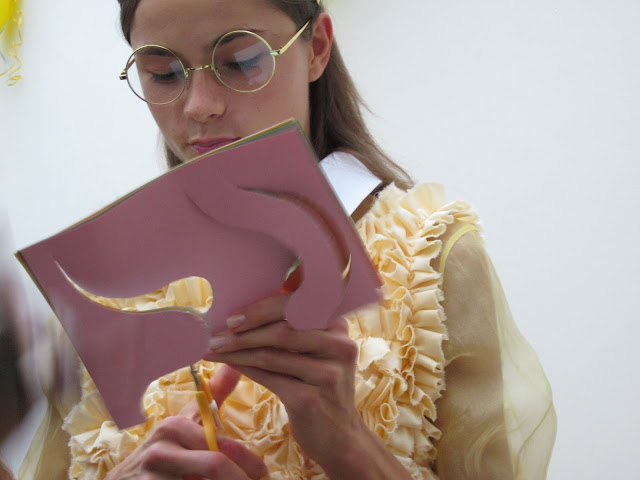 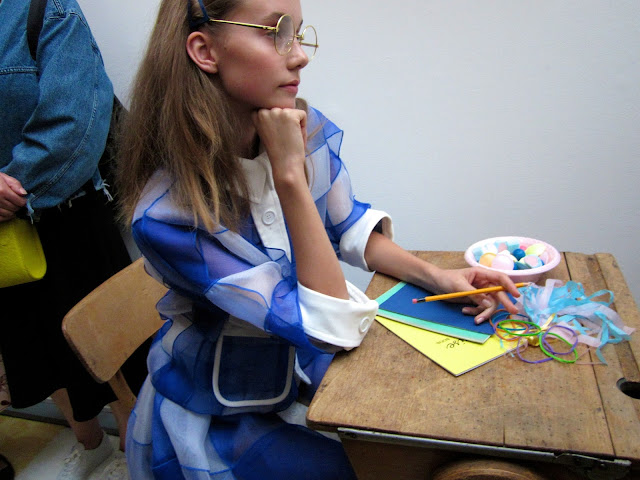 All photos are my own
Posted by Paulidoodles at 6:00 AM