On|Off is, for the most part, like Fashion Scout. They act as an incubation facility for upcoming designers. Each season, they occupy a venue and give the designers a chance to present their newest collections to press and buyers. I was invited to two exciting designer presentations this season: Manuel Facchini and PPQ. Both are on the cusp of mainstream success. 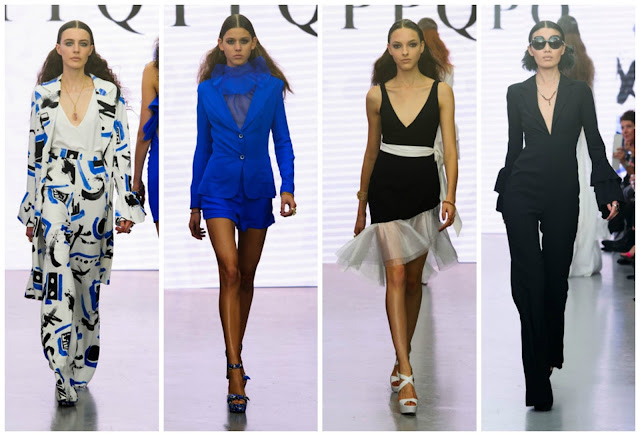 PPQ has been around for a long time. Launching twenty three years ago in 1992, Amy Molyneaux and Percy Parker are the duo behind the label. For Spring 2016, the restricted colour palette of white, electric blue and black proved an interesting one, rather than limited. Ideas, as well as ruffles, flares and sheer fabric were flowing. There was a futuristic air to this 70’s inspired collection. It struck me as the bright version of Amy Adams’ wardrobe in American Hustle; the unbuttoned blouse and white pencil skirt, in particular.

With the new instalment in the Star Wars franchise, The Force Awakens, hitting screens soon it was quite fitting that the finale proceedings, consisting of three white gowns were suitable for Princess Leia. All the models were short were Carrie Fisher’s iconic hairstyle from the films. It was the theatrical experience that contributed to this shows success. 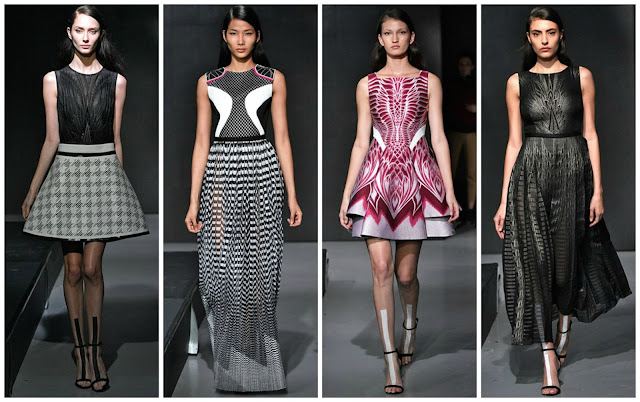