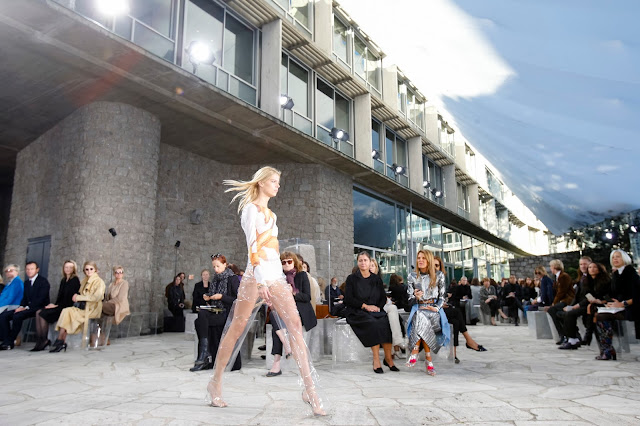 After New York, London and midway through Milan, it’s easy to distinguish your favourite collections from fashion month. New York, not as impressive this season, had one or two standouts. London also had a few. Milan was much improved this season, bearing some breakthrough shows. As we progressed to Paris—and the week went on, we were met with some of the strongest collections yet. One of my favourites was Loewe. Loewe is a 169-year-old luxury fashion house. It lost its identity many years ago, but thankfully in October 2013, Northern Irish maverick Jonathan Anderson was installed as creative director. His innovative streak at the label has helped it prosper. The accessories are über-cool. You’ve probably seen many people toting them around over the past month. Those were also given a rejig for spring. Held at the UNESCO HQ in the 7th arrondissement, attendees weren’t just given a feast for the eyes, but a challenge. Is that model wearing pants or are those saran-wrap trousers? Is that a perspex clutch in her hand? A bodysuit, or top and plastic trouser combo? That’s the beauty isn’t it? In an age where fashion show-goers are glued to their smartphones, Anderson ensured that his guests were focusing on the tantalising creations sent down the runway.

A few motifs running through the collection were lametta (a derivative of tinsel), shattered glass embroideries and accessories, plastic, branding and wild Canadian goose. Abreast was a Canadian goose, sprawled out on a crisp white jacket and a ribbed, sheer dress (wrapped in plastic). Shattered glass adorned sweaters and trousers. I’m sure safety mechanisms have been implemented. The glass was oddly like the ground that the models walked on, misshapen gravel.

Maartje Verhoef and Phillipa Hemphrey's silver crocodile trousers weren’t something you’d get away with on a day-to-day basis, but they would look amazing in a highly saturated Steven Klein shoot. The purple, silk jacket with frayed hemlines would also look amazing in one of those shoots.

Anderson is carrying out careful experiments with Loewe house codes. For the first season it was primal, patchwork hide and then it was a day-to-night 80’s disco party. Spring was a different ballgame—more futuristic, slightly more laid-back—yet key items were present. The clothes may, at times, be wacky but they’re functional. That’s the magic of Anderson. On face-value the clothes may seem too quirky, but a closer look will show you that they’re more wearable than many other designers out there. 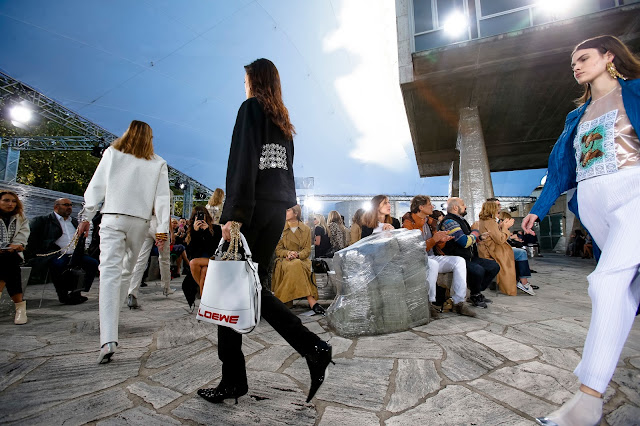 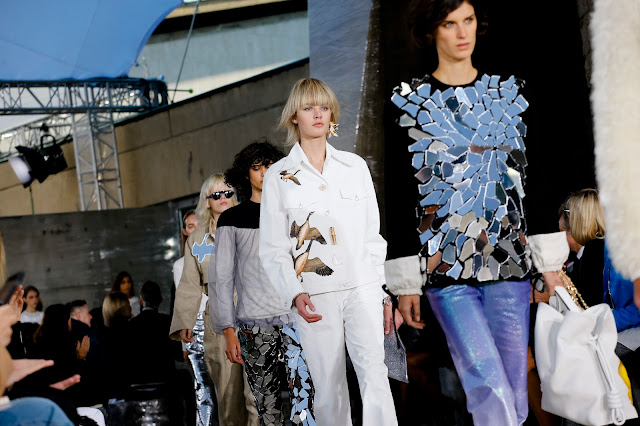 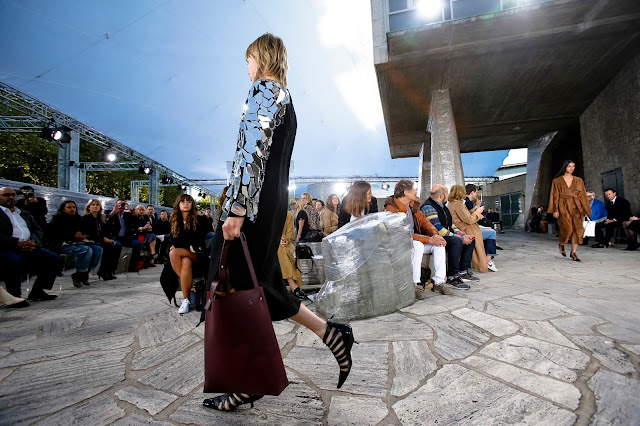 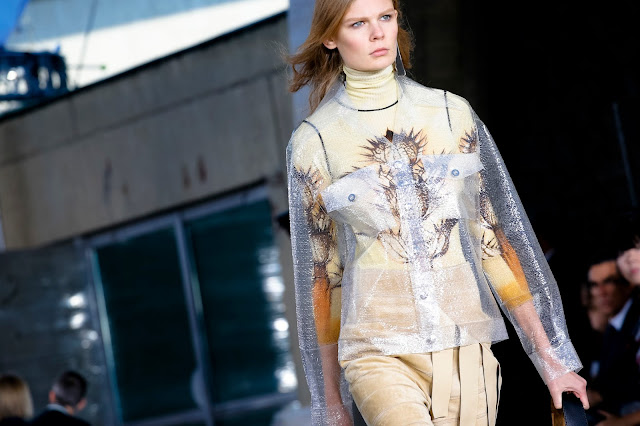 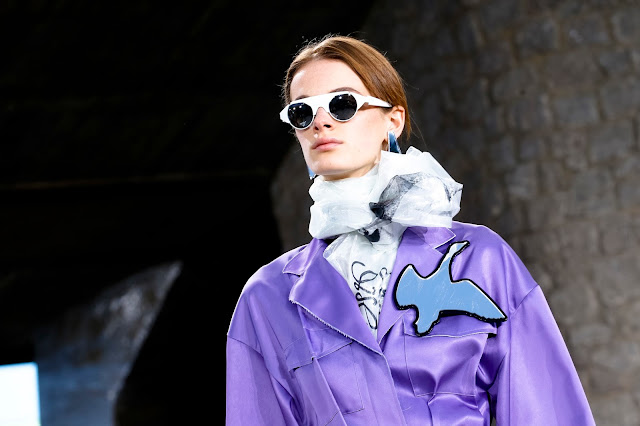 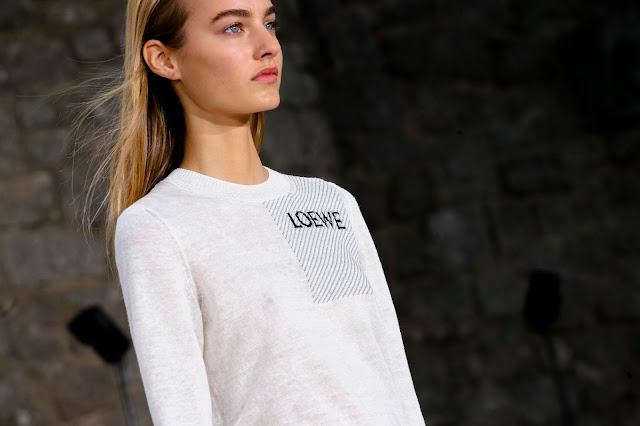