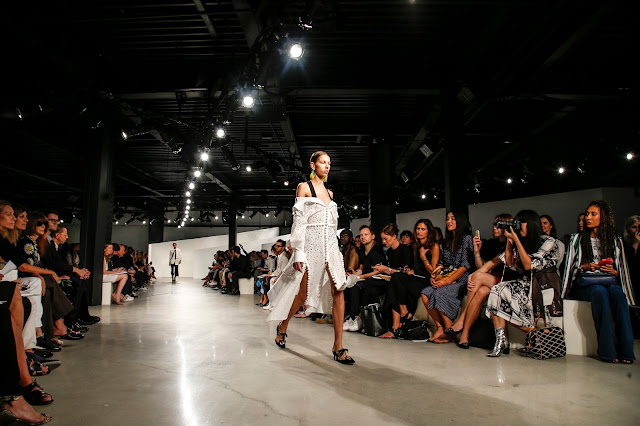 Chances are, if you picked up a September issue on newsstands last month and leafed through the editorials you'll identify a common denominator. Cuba. Ever since the U.S. and Cuba announced they would be restoring diplomatic ties, with new trade and travel regulations, fashion's latest obsession has become the Central American country. Marie Claire, Porter, W: they've all had editorials in the capital Havana. Hussein Chalayan, Stella McCartney and other designers also had a take on the country for their respective collections. Proenza Schouler designers, Jack McCollough and Lazaro Hernandez visited the picturesque country at the beginning of the year to seek inspiration for their resort collection. The references permeated into the Spring 2016 collection also. Hernandez's family originates from Cuba. Backstage he discussed how their inspiration has never been "personal". That changed with this ode to his heritage.

The Proenza Schouler boys have never done ruffles before. Flexing their experimental desire, look no further than a dress with a ruffled peplum or the ruffles lining sleeves. Look 9 (which worn on the red carpet last week by Cate Blanchett) with its side cutouts and layered ruffles was absolutely stunning. With black piping and a waist defining bow, model Issa Lish carried off the look with aplomb. Look 33 had an asymmetrical hemline, ruffles pointing every which way, and cutouts on the shoulder and hip.

"Peeling back the layers of a banana," may seem like a strange point of intrigue. Personally, I wouldn't put it past the McCollough and Hernandez. The exposition that comes from the shedding of the layers can be seen clearly in the collection. There were thick fishnets, net skirts, exposed shoulders. Shoulders: fashion's new erogenous zone, as declared by most publications in their trend reports. The teal, thick-fishnet dress had both shoulders severed. Some looks bared only one shoulder, others both.

Adding the Cuban heat were the dashes of red, dotted throughout the collection. One red coat, with diverging compartments (like the peeling of a banana), was speckled with black floral details and eyelets. A black dress with layered ruffles had red piping.

Despite being established designers nothing has become formulaic. They experiment season after season. They keep things interesting and that's why I'm interested in them. The unpredictability, occasional audacity, ostentatiousness. You name it. They never fail to excite. 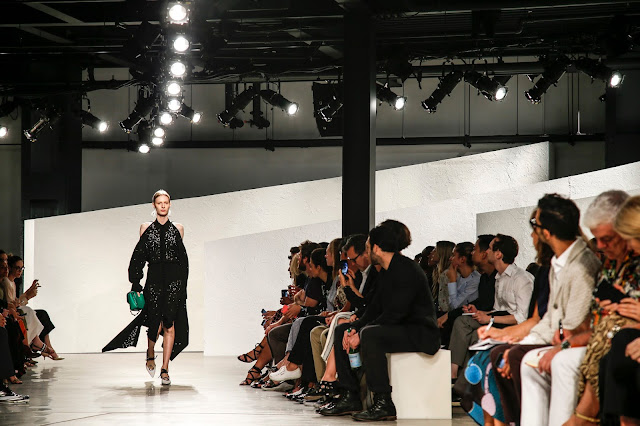 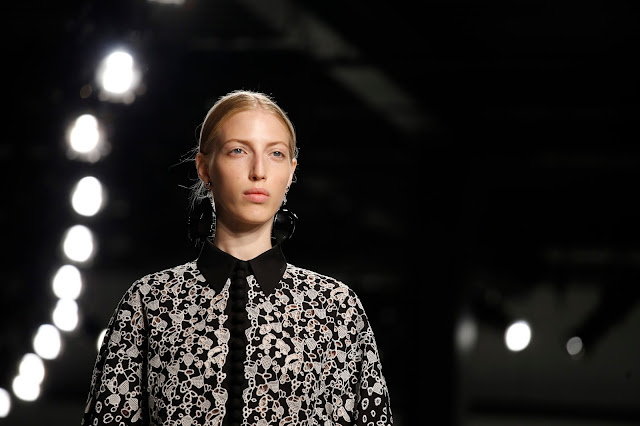 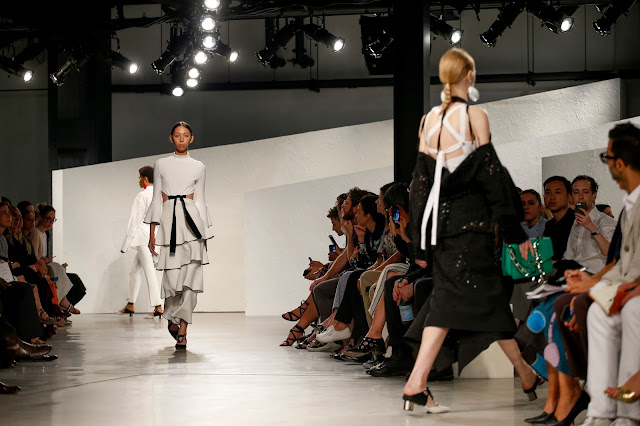 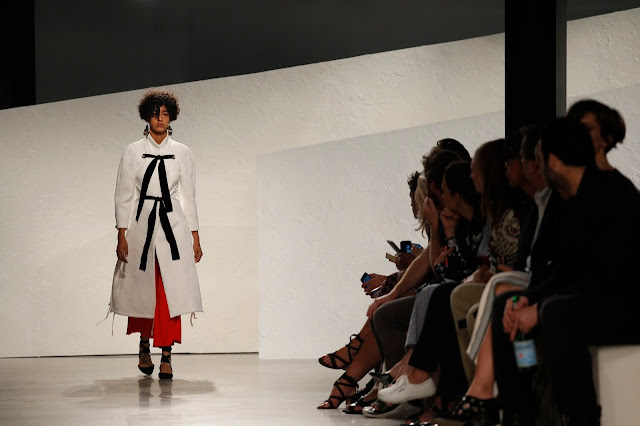 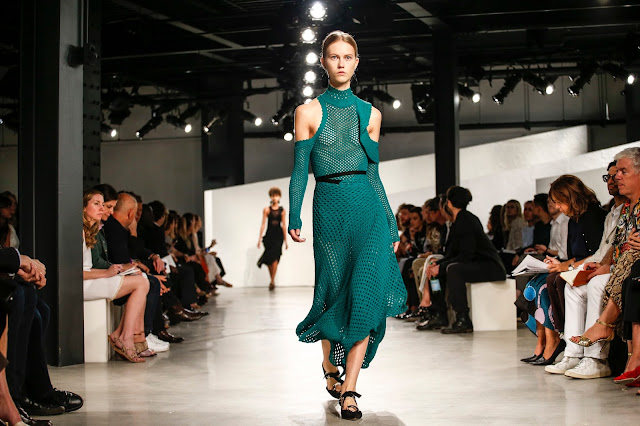 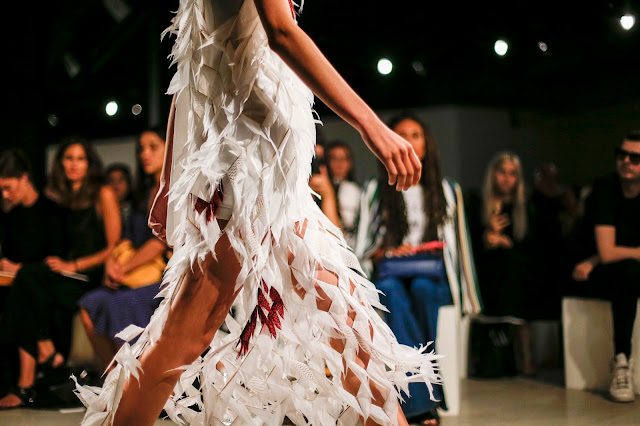 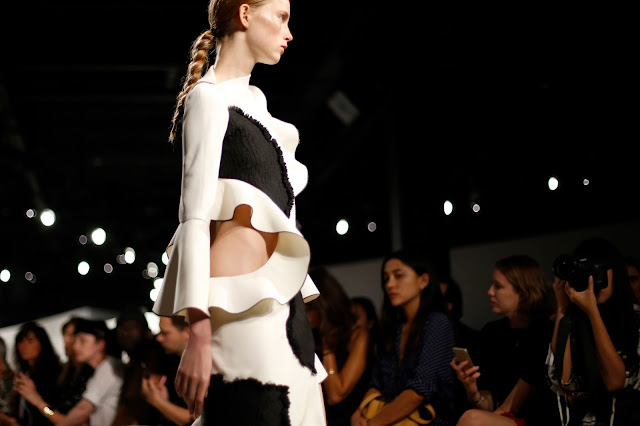 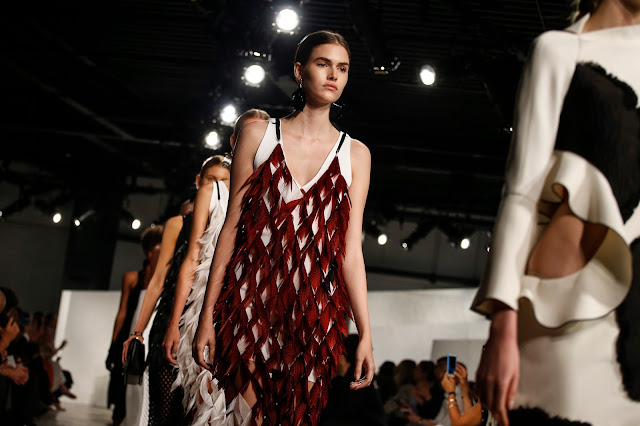