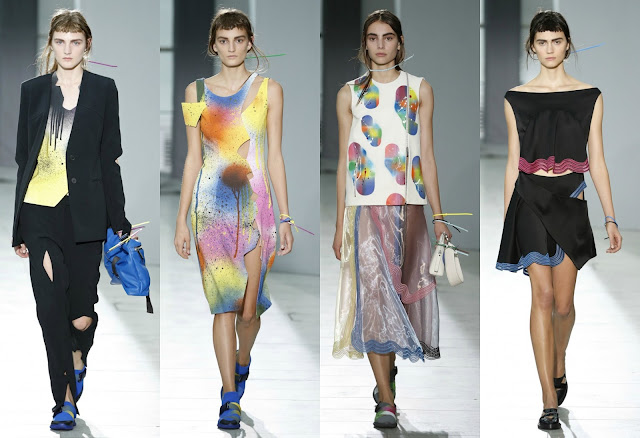 Christopher Kane is one of London’s most established names. On the eve of 10 years in the business, the designer was looking at two words in particular for his Spring 2016 collection, “crash and repair.” Those two words were what Kane and his sister/business partner, Tammy were saying to each other. That idea was translated both literally and metaphorically in this collection. “Crash became the metaphor,” Kane says in the show notes, “with everything that has happened [to them] over the last few months.” The “repair” aspect came from the idea of “creation coming from destruction.” The clothes resonated with these ideas also. There were fractures, slashes and sharp cuts. Hairstylist Guido Palau used zip ties, emblazoned with the Kane logo, on models hair, and the stylist on this seasons' bags.

The works of artists John Chamberlain and Scottie Wilson inspired Kane for spring. Chamberlain is famous for his work with cars which have been crushed and contorted into unlikely positions. Wilson on the other hand is a Scottish outsider artist. His work is highly detailed and uses many subdued hues. Elsewhere in the art world, neo-primitivism—another esoteric inspiration—was on Kane’s mind. Colour clashing is visible within most neo-primitivism pieces. Kane’s girls also wore colour clashing garments. Look 2 was an asymmetrical neckline/hemline dress with jagged slashes and incisions which was enriched by spray painted colours. One black mini dress with had a rainbow of PVC accents. It was indecipherable whether this one was for the red-carpet or street-style or the customer. The shapeless dresses that followed that also had protrusions of PVC, in the chest, shoulder, thigh. 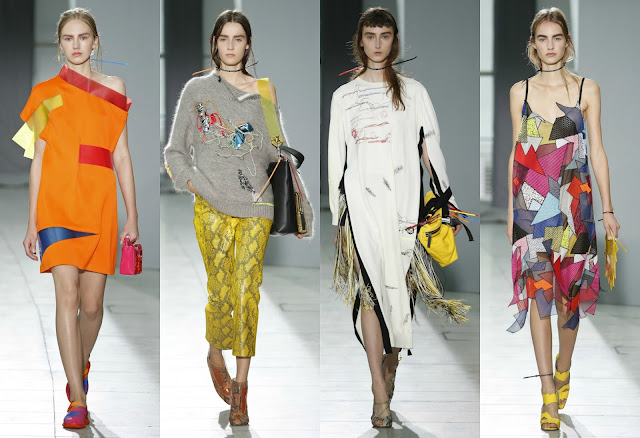 Look 22 had a cashmere sweater, falling off the shoulder. On the chest it was decorated with strings of material, metallic accents and rope. It resembled the work of artist Chamberlain. It was paired with snakeskin capris. Waleska Gorczevski’s black blazer with yellow snakeskin accents was a highlight in the collection for me. With a cashmere tank and slouchy trousers, the look was a standout. The white blouse with a squiggle print and it’s accompanying black leather skirt with feather details was gorgeous. The black satin halter neck dress with zip ties interlocked in the belt was another stunning piece.

One loose-fit kaftan dress had a stitch detailing throughout the dress and a burst of tribal fringe but it felt distinctly Claire Barrow, than it did Christopher Kane. The same went for its top double paired with slouchy trousers with fringe detail. It looked out of place in this collection.

On the Monday that this collection was presented I have to say I was appalled. After three fantastic days, it was penultimate day of London Fashion Week and the whole morning had been unimpressive and quite dull. Then it got to this collection which I found to be a jarring, unlovable sight. It’s a month later and this collection is finally growing on me. I loved the patchwork dresses at the end, bursting with colours and the fusion of different textures. It’s certainly not his best collection to date, in my opinion. However, there is something about this collection that I’ve grown to like a lot. I think it’s the shapes, the lines and colours. I can only hope he’s back to his best next season. 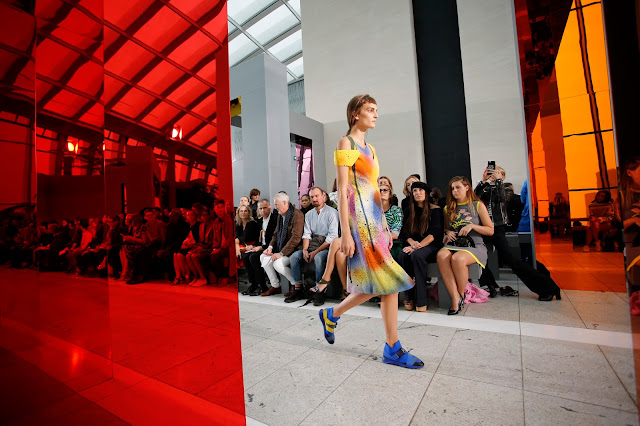 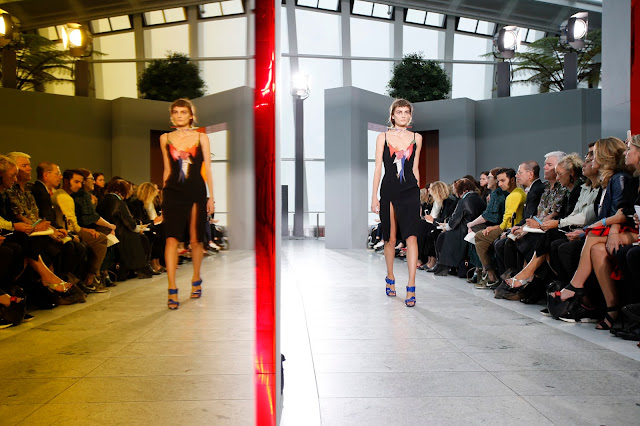 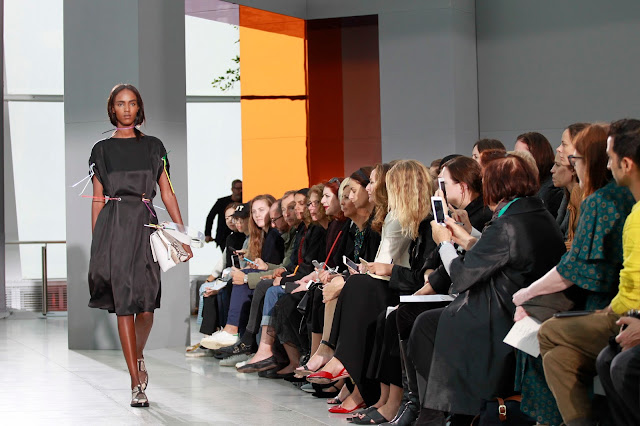 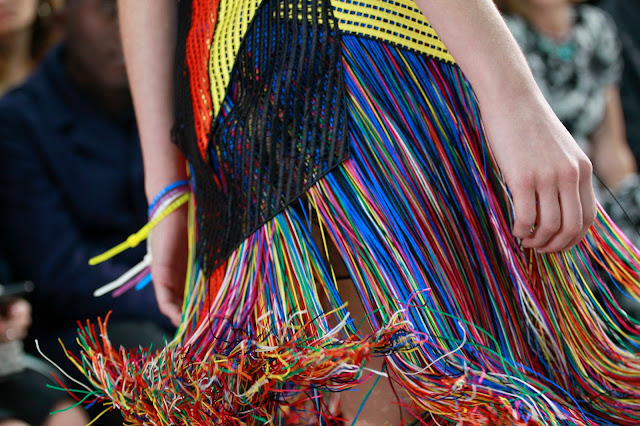 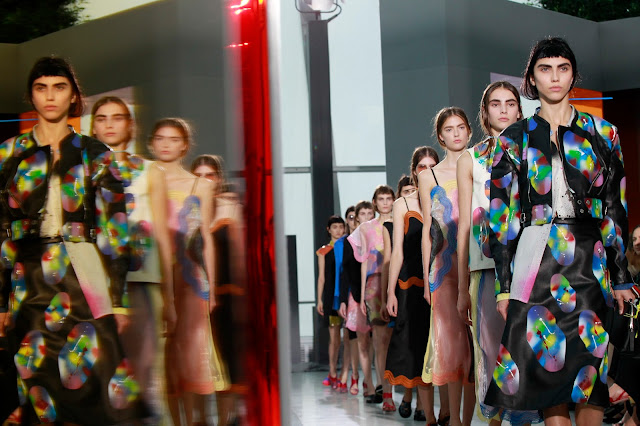