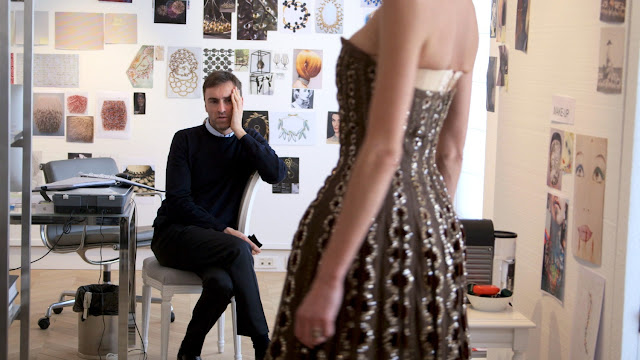 Dior and I is certainly the most highly anticipated fashion documentary of recent memory. There’s Iris, the Iris Apfel documentary, which looks fantastic. Dior and I however set a different tone. Bringing us inside the ateliers of Christian Dior ahead of Raf Simons’ debut—the Fall 2013 collection, I hoped the documentary would capture my heart. Frédéric Tcheng’s direction managed to do that, his cameras observing the collection from conception to final walk.

From the moment that Sidney Toledano, the chief executive of Christian Dior, introduces Raf Simons to the petit mains, the language barrier becomes clear. Over his time at the house, Simons strengthens his French; but that’s not important. The most exciting part of the film is knowing that Simons has no previous experience at working in couture, and seeing how he tackles this obstacle. 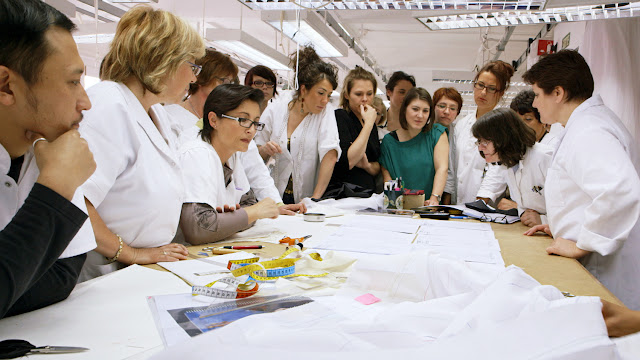 What I found to be most interesting about Dior and I was the portrayal of Raf Simon’s design process. Most designers sketch. Raf prepares files. Scouring the archives, he prepares files full of his inspiration and then presents the design team with them. From there they sketch and show these to Raf. This puts the collections we see grace the runway into perspective. After watching the movie (which is saw after the fall 2015 couture collection), I look back at older collections and imagine Simons conjuring up the collections, sorting through the archives sourcing inspiration.

The petit mains, a close-knit family of talented couturiers prepare the collection of Simons’ dreams. They express their horrors as they find out that he wants to use velvet. Other members of the team responsible for putting together the collection aren’t entirely pleased when Simons’ wants to use Sterling Ruby prints, that have to be blown up to size to suit the gowns. 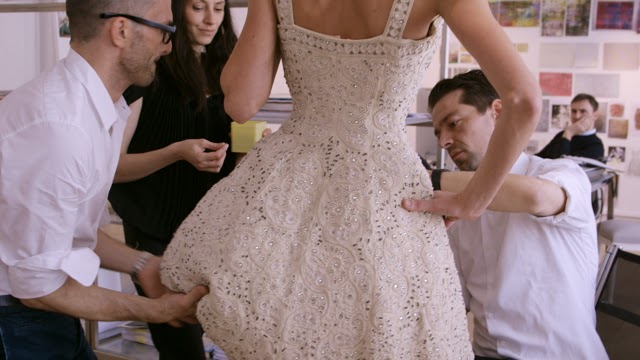 An aspect of the film I didn’t enjoy was the voiceover of quotes from Monsieur Dior, accompanied by shots of the ateliers after dark. While this part was integral to the film, displaying Dior’s vision—it didn’t affect me. However, the shots of Paris after dark, glistening in the golden street-lamp light were dreamy. 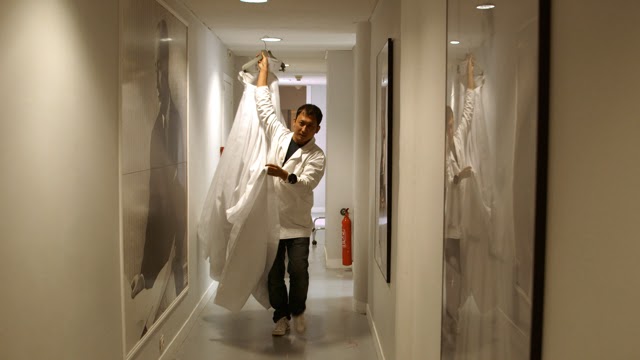 “After women, flowers are the most lovely thing God has given the world,” Monsieur Dior once said. The presentation space at an unused building in Paris was an ambitious project of Simons. He had thousands of orchids in various hues erected against the walls. Flabbergasted guests were open-mouthed, tear-eyed and in awe of the organic scent and the sheer brilliance of the idea. Following that sequence, the models take to the runway in the couture collection. Jennifer Lawrence, Marion Cotillard, Carine Roitfeld and more are all fixated by the clothes works of art. There’s a standing ovation and a few tears and with that: the credits roll.

A reader will want to whether or not should they see this film. To that I have to say: no fashion lover should miss this. Like The September Issue and Valentino: The Last Emperor, amongst others, this movie has to be seen if you're a fashion lover, or simply a documentary lover. 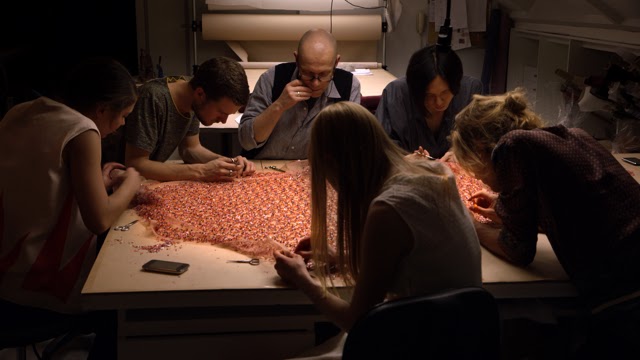 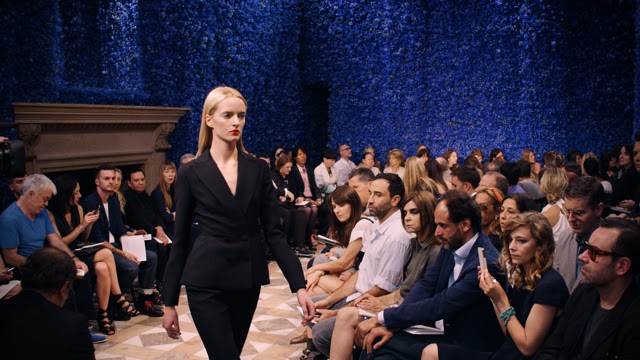