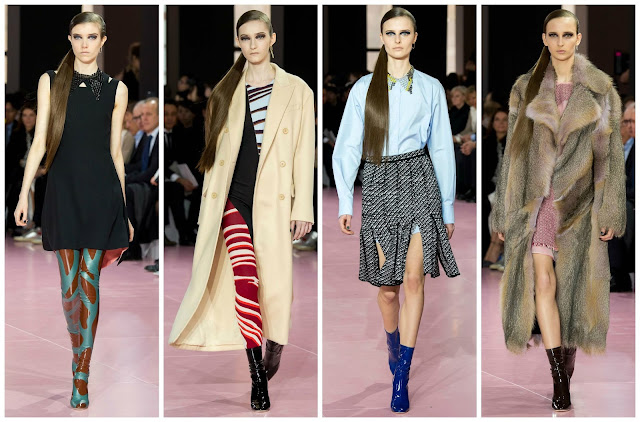 When I read Susie Lau’s blog I am forever enamoured by her titles. In a recent post she discussed Gosha Rubchinskiy. The post was titled, Oh My Gosha. It’s the little things that please me. Back in February and March, during fashion month, I started to think of how I’d title posts regarding certain collections. Calvin Klein’s would’ve been a Lana Del Rey lyric: “He plays guitar while I sing Lou Reed”. The Christian Dior show provided a title easily. Primal Scream. The title, both ode to the Scottish rock band and the searingly animalistic collection that Raf Simons presented for fall.

The idea of animals being both "instinctive and elegant, savage and sinister” inspired Raf Simons. He wanted to juxtapose the delicate, vulnerable side to them as well as an easily disguised ferocity rooted at their core. He applied this statement to the Dior women. She’s eternally elegant but is also an enigma with vicious capabilities. “I wanted the collection to deal with nature and femininity in a different way,” the press release read. “Away from the garden and the flour, to something more liberated, darker, and more sexual”. The collection certainly did that and evening thought it was an extremely commercial offering, it contained an inherent sex appeal.

I think a lot of the standout pieces in this collection were Simons’ interpretation of animal skin. He has formed a hybrid animal print. Christian Dior first introduced leopard print in 1947. 68 years later, Raf Simons has invented “a new species”. Graphic printed jacquard outfits were dotted all over the collection. A bodysuit, not the most practical piece but it’s certainly a showstopper. The slashed multi-coloured skirt was more wardrobe ready. Once paired with a white shirt and a green cashmere coat, you’re set: immaculately dressed. The primal and patterned looks were used to “create notions of the liberated and sensual.” They did that with aplomb. Just take a look at the partly dyed, Canadian fox fur coats. With a few sinister slashes resembling claw marks, Waleska Gorczevski and Julia Bergshoef—in their lilac, and aqua furs, respectively—pounded the catwalk like vixens (literally) ready to pounce on their prey.

The boots worn throughout the collection weren’t leather or patent. They were vinyl, with perspex heels in different hues. They symbolised a “second skin”; which is something Simons has been aiming for with this collection. The idea of a “second skin” reached further than the boots. Patent leather with hundreds—if not thousands—of slashes. The movement of these pieces was captivating.

In the collection, the masculine and feminine being to blend, as “patterns become abstracted and overgrown.” There was oversized masculine tailoring in blazers and double-breasted coats. “Rough masculine tweeds and wool” had femininity breathed into them: opera coats, and asymmetric and slashed outerwear embodied the blend.

I haven’t always found myself to be fond of all Raf Simons’ collections at Dior. They haven’t been as exciting as I wanted them to be. This collection changed that. Fall 2015, Resort 2016 and the Fall 2015 Couture collections have all exceeded expectations. The experimental nature of the three collection hooked me; especially this one. Raf Simons stepped out of his comfort zone and into the wild. 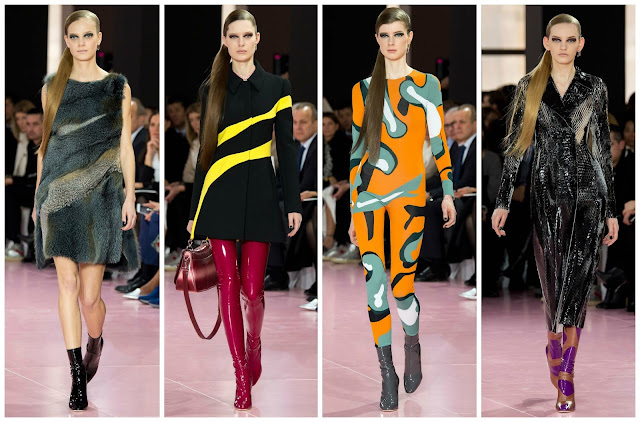