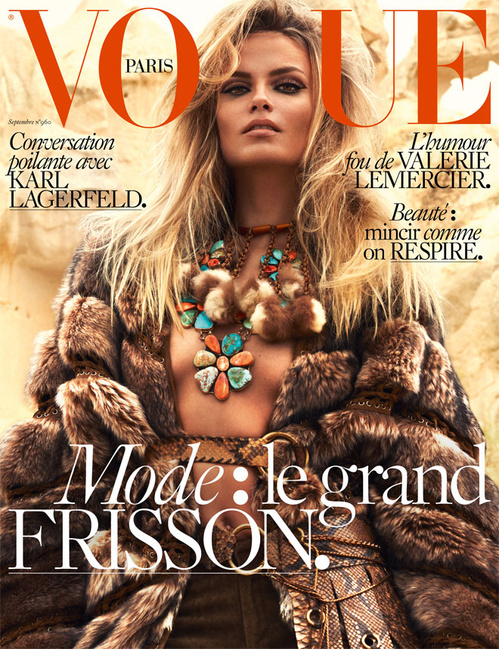 Styled by editor-in-chief Emmanuelle Alt, the cover shoot was photographed in Turkey, in blistering heat underneath the searing sun. The shoot focuses on Fall's tribal trend.

Also in the issue is a feature on Karl Lagerfeld who celebrates his 50th anniversary at Fendi this year. Raquel Zimmermann also appears in a couture editorial.

The issue is out in France on August 20.