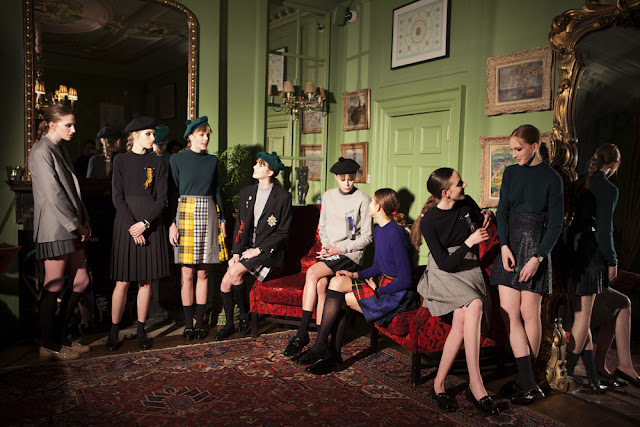 Samantha McCoach was a new designer for me to experience for the first time during London Fashion Week in February. She created the brand Le Kilt. Held in Soho’s L’Escargot—the oldest French restaurant in London—the lavish backdrop provided the perfect set for the clothes.
For those of you who didn’t already guess or presume, Le Kilt specialises in making fashion-forward kilts and miscellaneous outerwear. There was yellow check juxtaposing with black and yellow check on one skirt. Another was all black but knife pleated to add intrigue. One classic tartan skirt had Le Kilt scrawled on it, along with a love heart. Sweaters and t-shirts branded with ‘She Said Boom’ (also the title of the collection) are definitely going to be worn throughout fashion month in September. I’m calling it here.
Some may call kilts archaic or too traditional. Samantha McCoach has made them a must-have with her unique and modern designs. 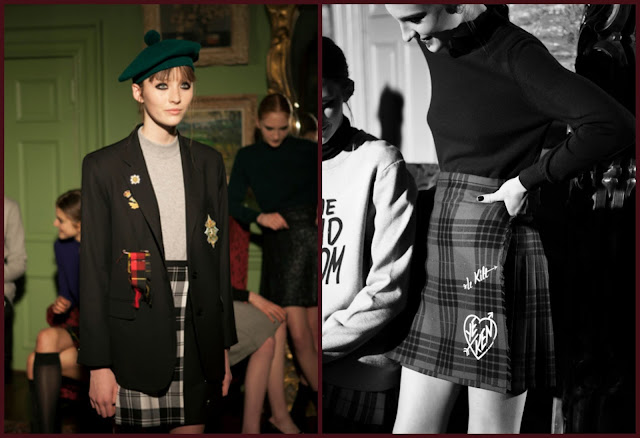 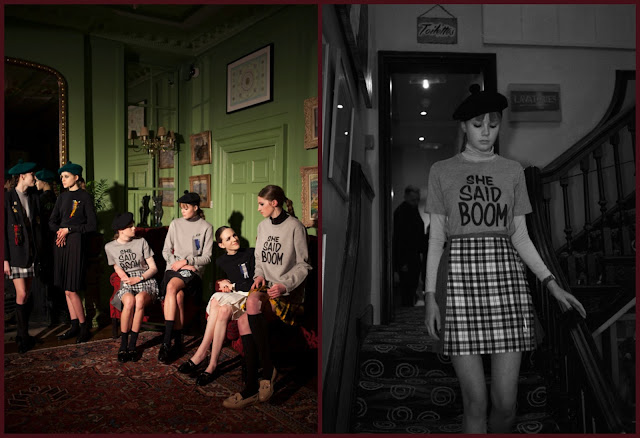 Manuel Facchini was another designer, like McCoach, that was new on my radar. After working at Byblos, Facchini decided to lend his artistically-inclined hand to his own brand launched during London Fashion Week.
The collection contained high-powered glam (which we’ve seen a lot of this season) and featured a variety of different options. Sexy yet conservative dresses, party dresses, sweaters, playful day dresses. The Gothic-architecture-inspired collection featured Op-Art, a trend seen throughout fashion week (at Bottega Veneta and Emilio Pucci).
This collection may draw similarities between David Koma/Mugler but I think it was uniquely his own. 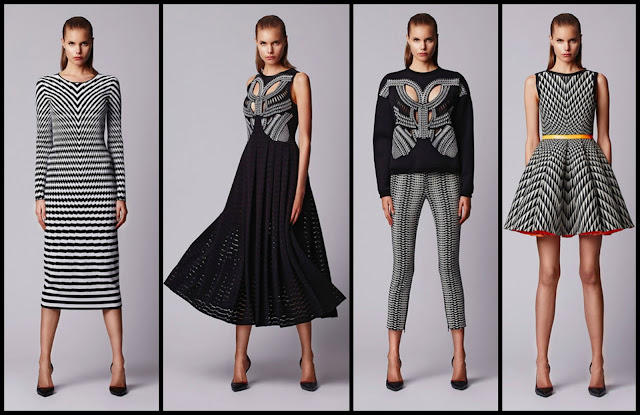 
Molly Goddard showed her first collection last September. It could’ve been described as an awkward prom. For Fall 2015, her first on-schedule display—with support from NEWGEN—the Central Saint Martins alum conjured “a modern-day bohemian teenager the morning after her debutante ball”.
The set was an art class. Street-cast models perched at their easels drew a nude male subject. Paints, easels, other artistic apparatus were strewn around the BFC Presentation Space.
You may be familiar with Goddard's tulle dresses. This season she reimagined her signature. Smocking and gathering techniques were used to add something new. Soft shades of grey, cream, black and dusty pink were also a refreshing addition to her colour palette.
Boiled wool cardigans and jumpers were made of vintage lurex ribbon to “offer a contrast to the ethereal tulle dresses”. The play on hardness versus softness, ultimately with fragility at its core was very interesting.
There are only good things to associate with Molly Goddard’s name. 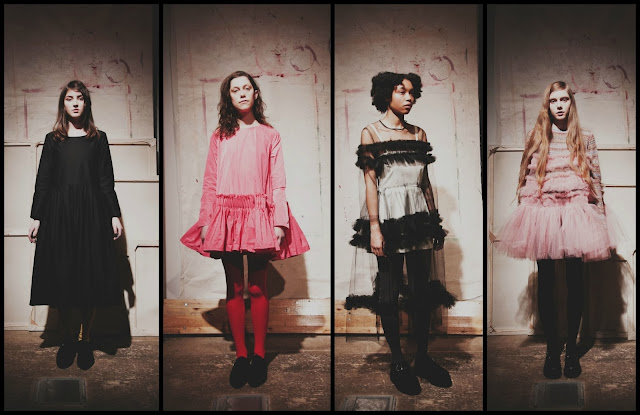