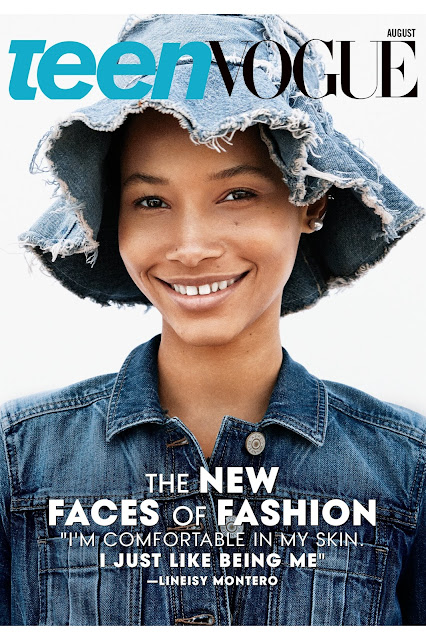 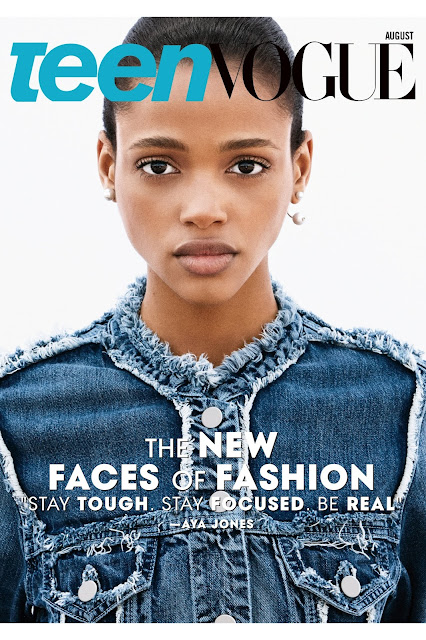 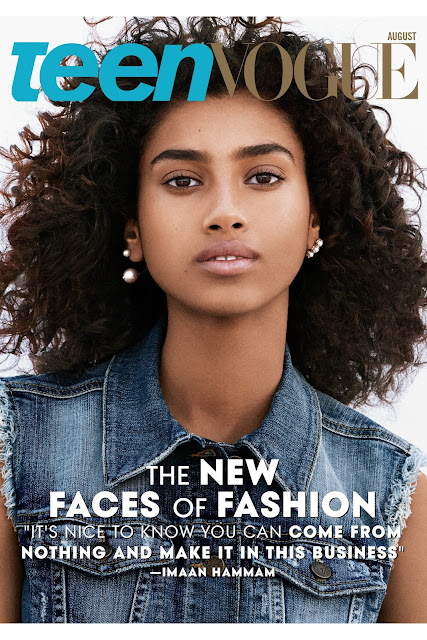 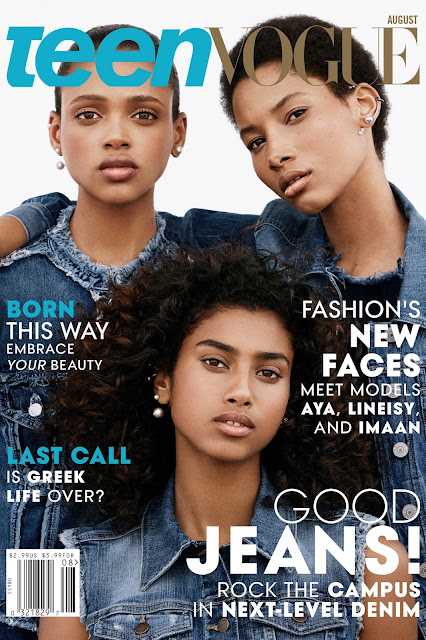 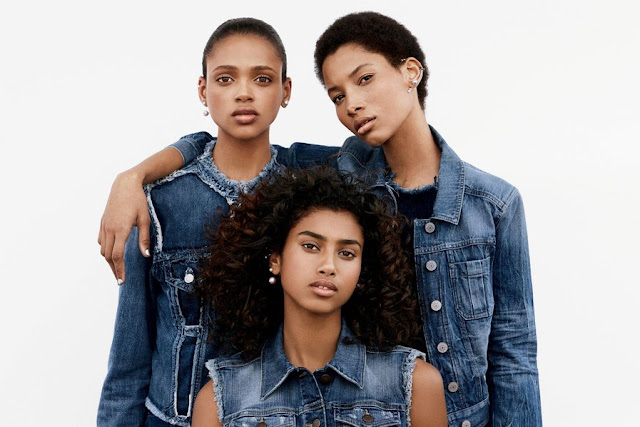 It's rare for the making of a cover story to involve tears in the first five minutes of an interview, an impromptu Pharrell sing-along, or a full-on tug-of-war over the dinner bill (for the record, I won). But, then again, when your focus is three models who are building their careers on defying standards, anything goes.
If you don't already know them, allow me to set the proverbial stage. It was an impressive season for each of our cover girls: Egyptian-Moroccan Imaan Hammam is a breakout star who landed a career-defining Givenchy campaign and her first Vogue cover. French-Ivorian beauty Aya Jones walked in an astounding 47 runway shows. And Dominican stunner Lineisy Montero kicked off her modeling career on the lauded Prada runway (she, along with Aya and Imaan, are among a small cadre of black models to grace the influential catwalk since Naomi Campbell in the '90s). Each accomplishment plays a major role in a progressive sea change that positions diverse faces at the forefront of fashion.
But when you get them all together for their first Teen Vogue cover shoot, don't expect any philosophical discussions about breaking barriers. Nor is there any trace of the competitive tension one might expect from young women climbing the ranks within an industry that has a bad rap for breeding catty, mean girls. They are just here to work and—like any other 18-, 19-, and 20-year-olds—to have some fun while they're at it.
_________________________________________________________________________________
We need to celebrate Teen Vogue's August 2015 issue. The four covers, featuring Imaan Hammam, Aya Jones and Lineisy Montero, adds the diversification that most publications lack. Teen Vogue has always spotlighted talented, young black models and given them covers - see Jourdan Dunn and Chanel Iman's iconic cover - and this Daniel Jackson-lensed shoot was nothing short of brilliant. I look forward to picking up my copy and reading more about these in-demand models.