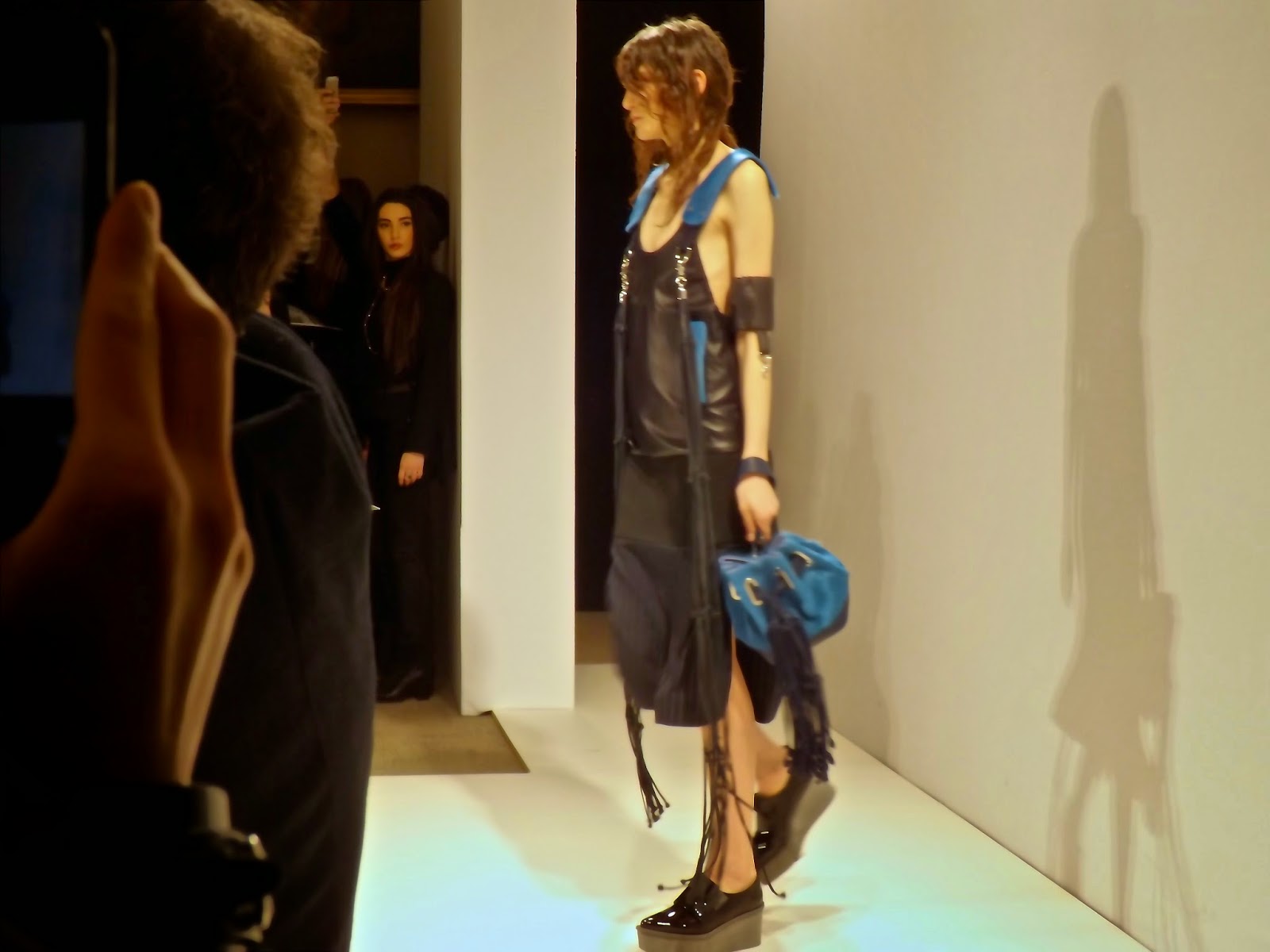 ‘Nymphomaniac’ it was titled. That is Jamie Wei Huang’s Fall 2015 collection I am referring to. The contemporary womenswear designer hails from London’s prestigious Central Saint Martins. This collection is inspired by Lars von Triers raunchy 2014 film of the same name, about a young woman and her libidinous life. Jamie emphasised the hidden desires and fantasies of the leading female character, with a signature elegance and subtlety.

One of the most impactful aspects of the collection, presented at the home of Fashion Scout - Freemason’s Hall, was the soundtrack. Deafeningly pounding my eardrums was the ‘Nymphomaniac’ soundtrack. Never have I ever been more enamoured by a soundtrack at a fashion show. The heavy rock genre of music isn’t to my liking but this was compelling. 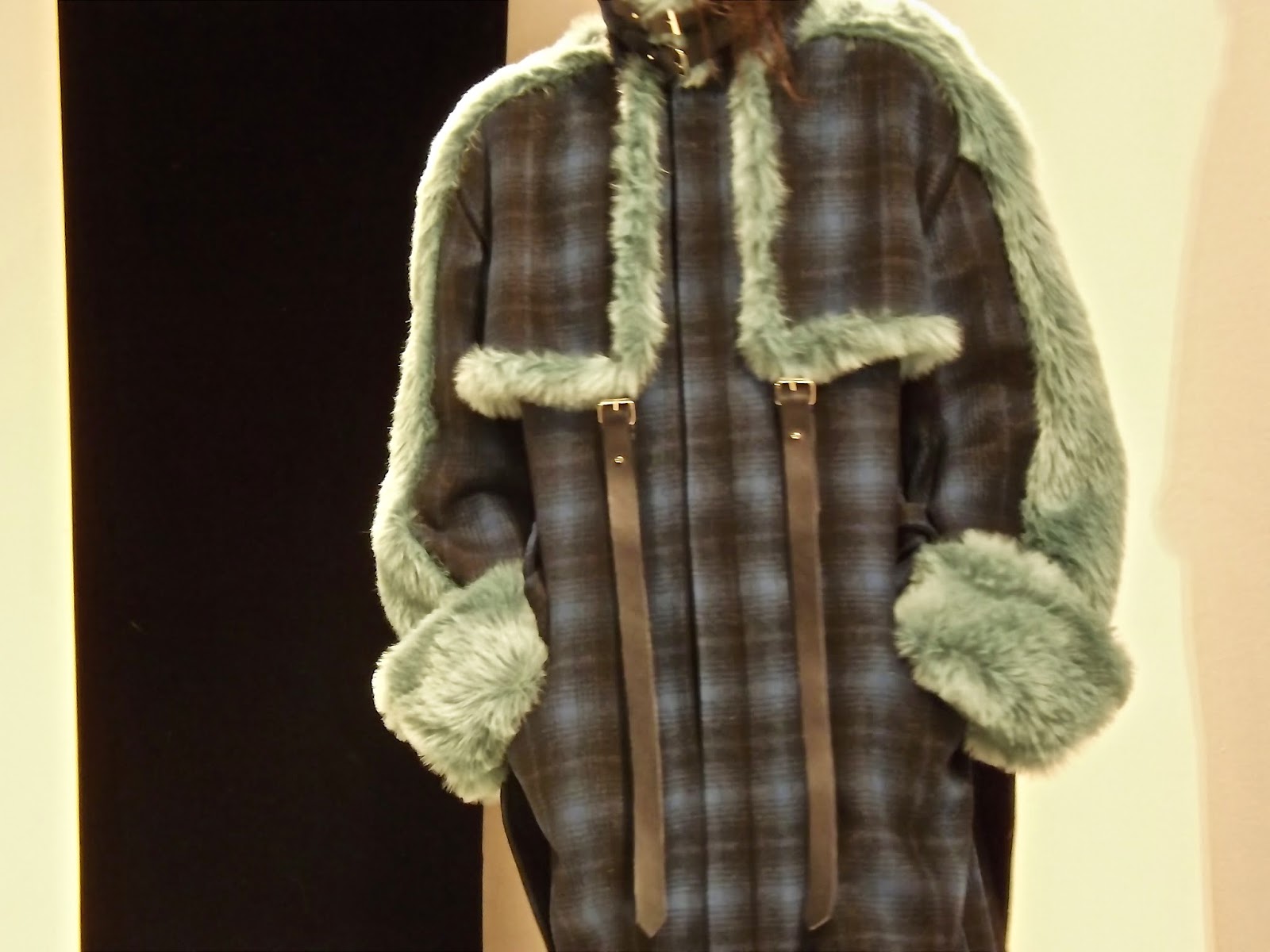 Jamie is lauded for her conceptual collections and this offering was true to the inspiration while being fashionable. With the ‘Nymphomaniac’ inspiration - Jamie managed to avoid making a overtly bondage inspired collection constraints and ample nudity. Instead we were to embrace a sensual and fragile presentation. A blue and grey plaid coat with celadon fur, featured two leather strips with sterling buckles. The juxtaposition of the muse in a delicate and her hidden desires into a fabulous manteau was a feat. 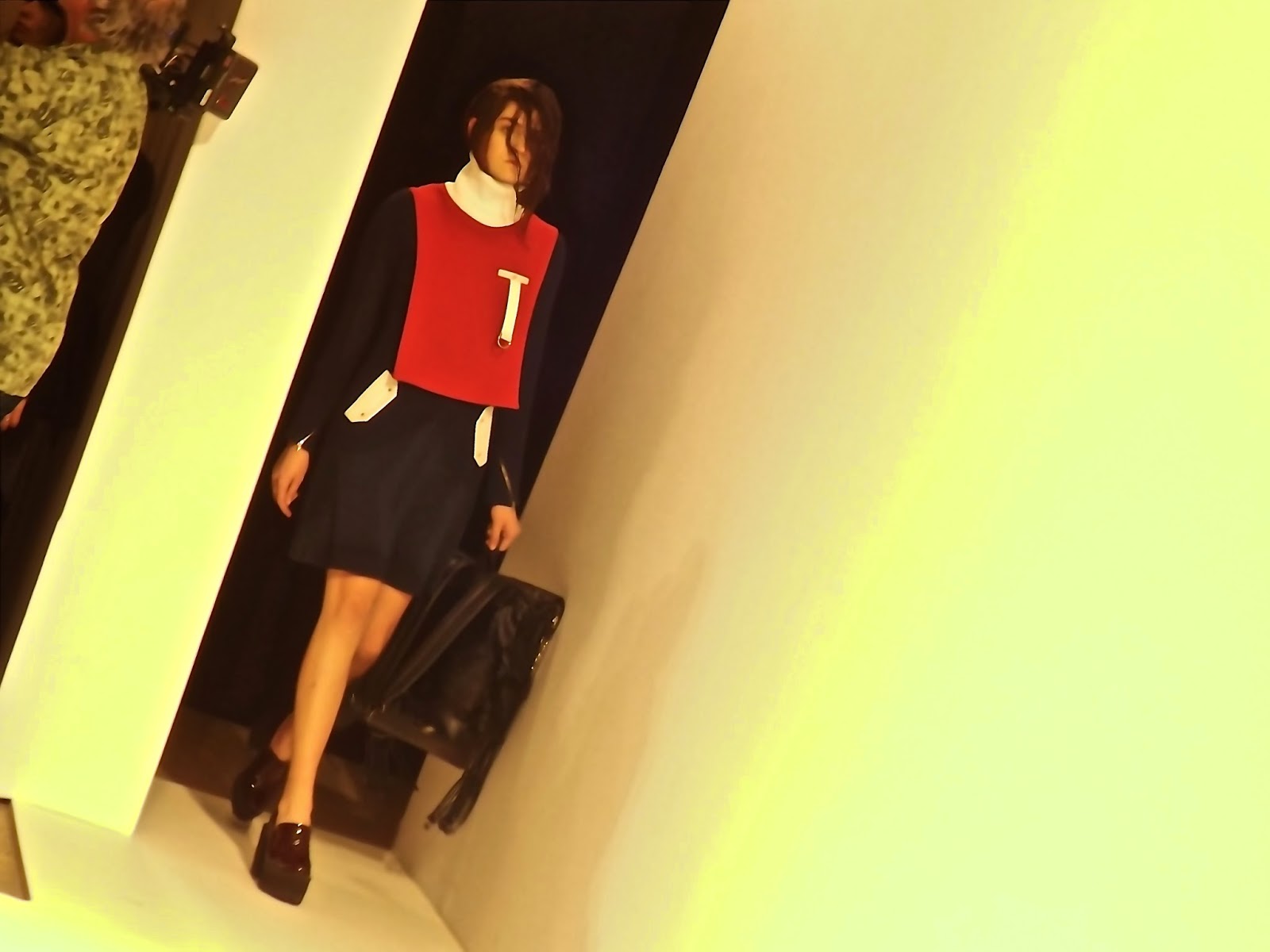 A look that emerged, the penultimate number, that captivated me was a two piece. A cerulean leather skirt was paired with a grey skin tight high neck top with cinnabar printed fur sleeves and bandeau. There was a je ne sais quoi about this look. The amalgamation of the autumnal hues here was hypnotic. I am still mesmerised by this outfit. The aforementioned fur bandy and sleeves was a recurrent in the collection. Look 13 was a marble printed look with fur lined pockets. The inclusion of fur in the outfits amplified the appeal. Pink sheepskin lapels enlivened black coats.

Jamie Wei Huang merits the attention she receives. A finalist for Vogue Italia’s International Talent Award and ELLE Taiwan’s New Talent Award winner are recognitions which the accomplished designer acquired in 2014. 2015 will no doubt bring brighter things for Jamie. She is undeniably adroit as a fashion designer and her show is always one of my favourites at London Fashion Week. With this tenacious and rigorous collection - Spring 2016 can only bring great things. 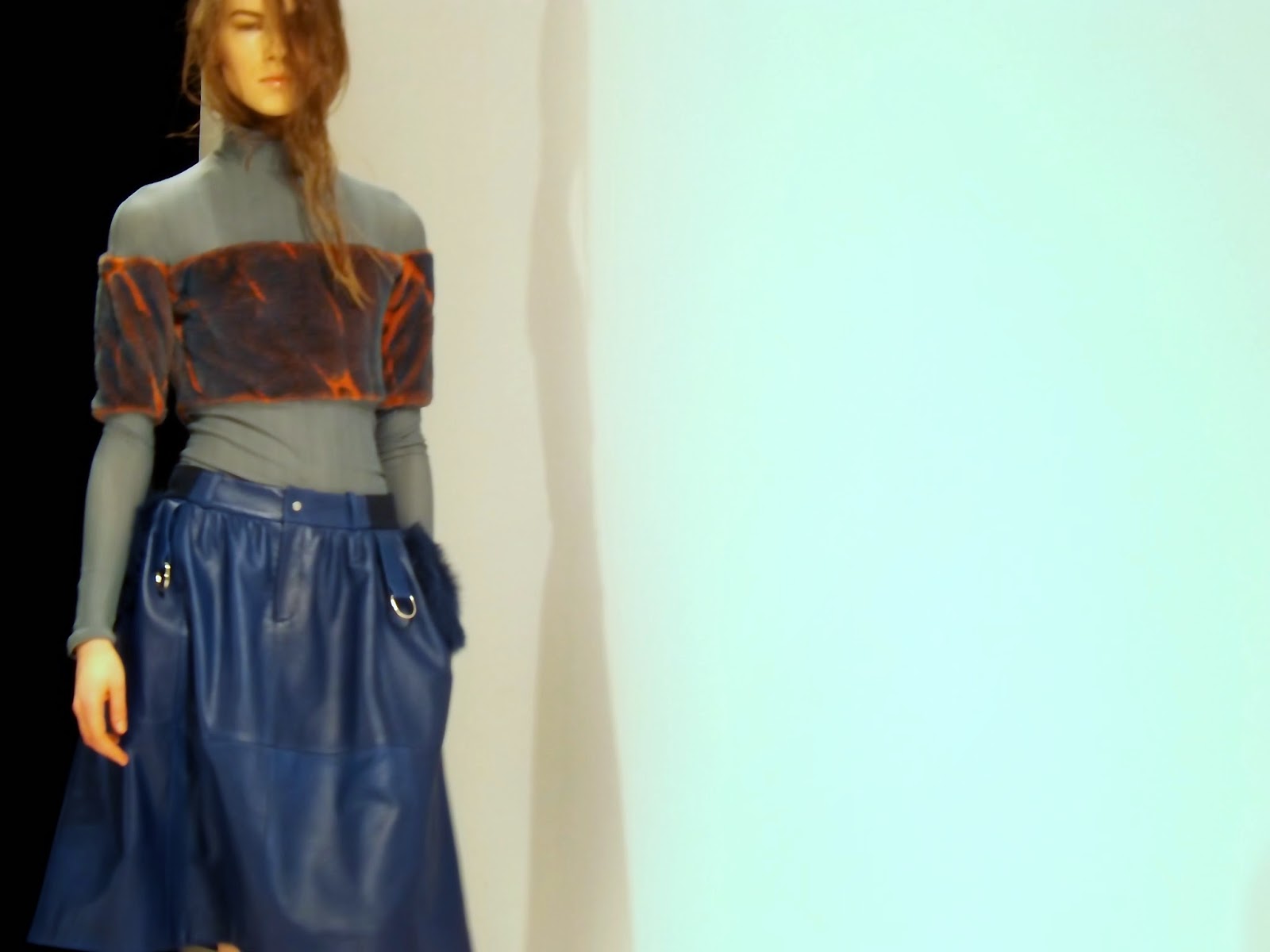