Heavy metal served as Wang’s inspiration for Fall. I was interested to see how this would be worked into the collection. Would he take a literal approach or would he look to the genre of music. I had a feeling it would be the latter since Wang embraces music so well. I would like to continue this review with the following information on the table. The platform boots - I did not like. But I appreciated them as they added to the aesthetic. 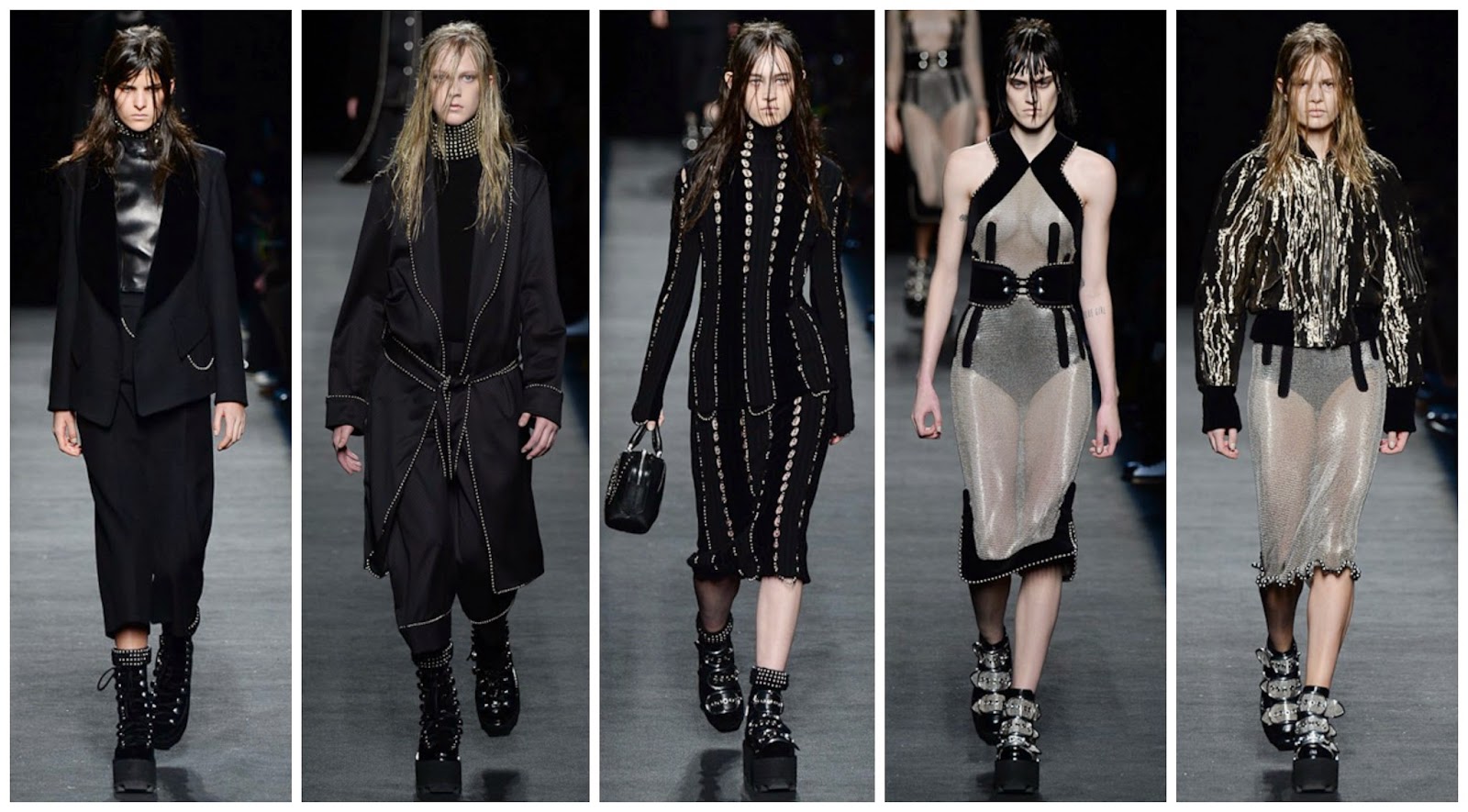 The opening look consisted of black high waisted, sharply tailored, capri trousers with a pocket watch chain, a sleek black leather high neck crop top with studded details and a blazer with velvet lapels. The huge studded boots rounded out the look. Despite the shoes I found myself enamoured with the sporty and grungy clothing. Mica’s look was a sleeveless mini dress adorned with velvet and a studded high neck.

The velvet, leather and studded looks which dominated the collection exuded the grungy sexiness I was excited to see. Sexy silk pajamas were worn underneath a gorgeous robe like day coat. The embellished studs added an extra blingy flair to Wang’s looks. The dressing gown of Look 14 gave me a boxing vibes. Look 39 an almost completely sheer halter dress left little to the imagination. Look 40 followed in suit.

The finale look, once again Anna Ewers (closed Jason Wu), was a gold bomber jacket paired with a sheer fine mesh chain mail skirt. This collection is a highlight of the season and we’re three days in. The 70’s heavy metal overtones throughout the collection proved an amazing effort from the New York based whiz. Alexander Wang is a skilful designer. Each season he manages to impress me and his expanding fan base.