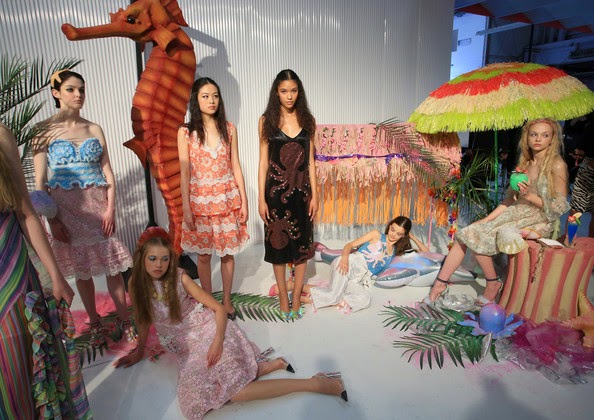 Ryan Lo is a self taught designer according to the London Fashion Week’s website. Lo learned through watching informative Youtube videos. He also “honed his skills with Charles Anastase” - an LFW reknowned designer. His funky and kitsch clothes that wouldn’t look out of place on a Tokyo street style blog. 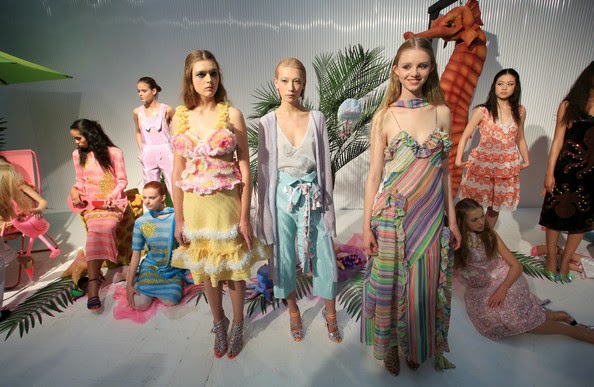 For Spring 2015 we descended to the sea for the show. The Little Mermaid vibes were ever-present and suited Lo’s personality perfectly. His favourite colour - pink, was of course accented in this beautiful 15-piece short but sweet collection. The NEWGEN supported designer’s references to the hit Disney film and other features of the vast ocean were perfected in a fun and animated way. 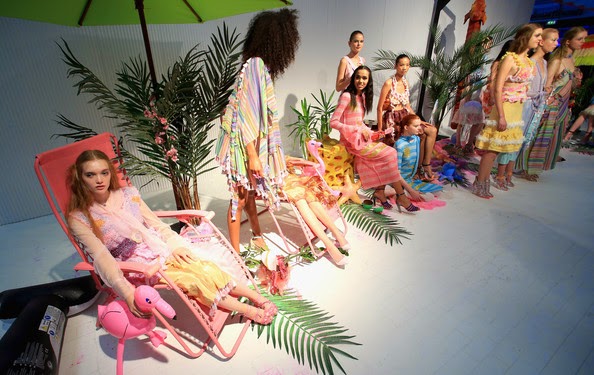 
itely be a big hit with with the street style stars during Fall 2015 fashion month. Susie Bubble is someone I would envision in these awesome clothes. Delicate materials were ruffled to give the effect of coral at the bed of the sea. This was done in a wide variety of colours.

The clothes were extremely wearable. They would suit a cocktail party, a photo call, the dainty kaftans wouldn’t look out of place on the luscious beaches of St. Barths in the Caribbean. The heels that were paired with the looks were an ideal companion and were the icing on the colourful cake. 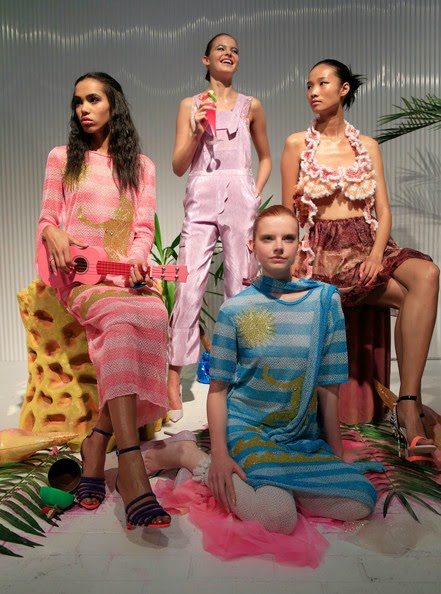 Lo is going to be showing on schedule at the BFC Courtyard Show Space in Somerset House during London Fashion Week in February. This is Ryan’s first season presenting an independent catwalk show outside of his presentations and display during Fashion East. I am certainly looking forward to it.