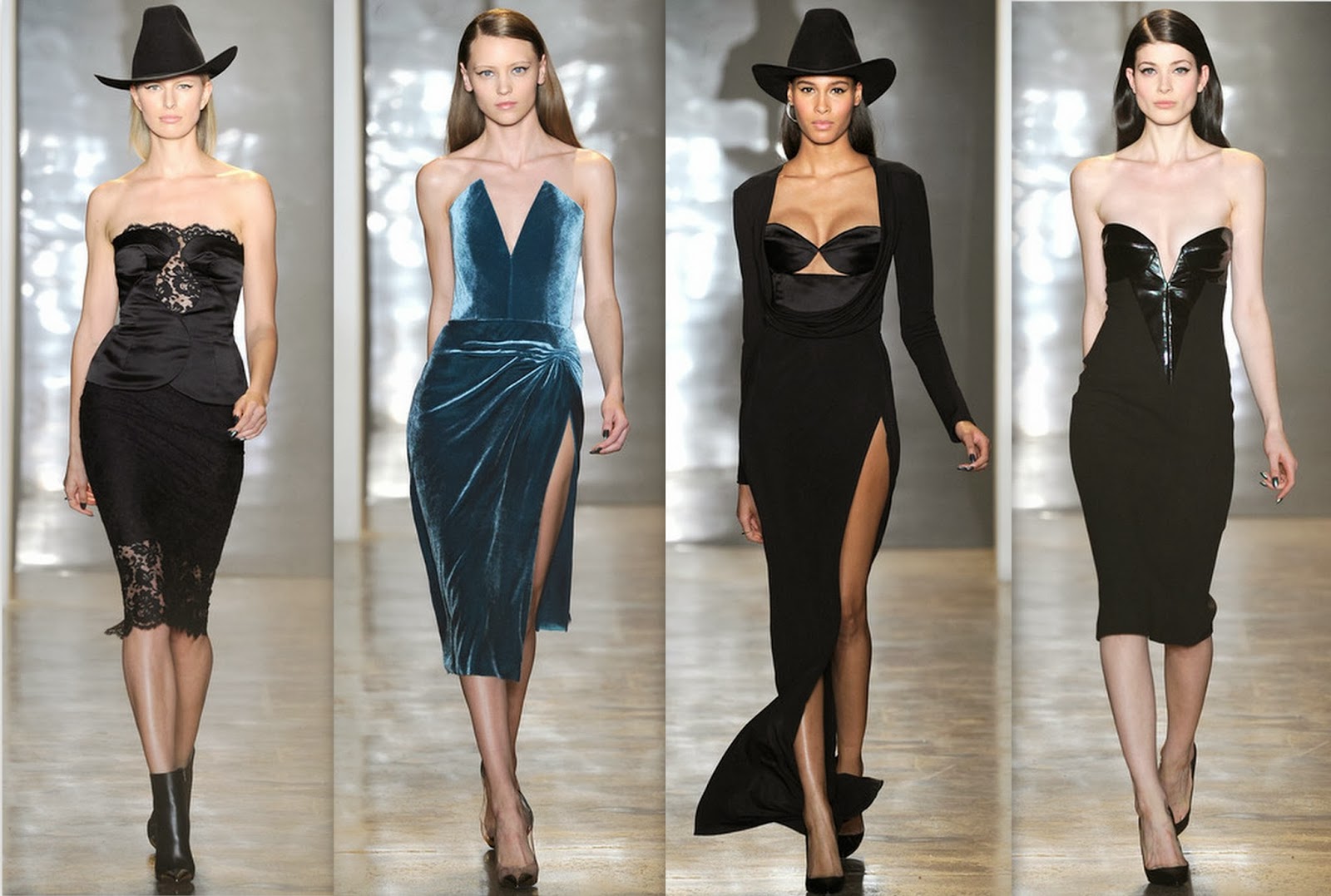 Carly Cushnie and Michelle Ochs are on my list of favourite designers. They captivate me every season. This season they were inspired by 'Western Romanticism combined with a city-slicking edge'.

I don't know what got me more excited the theme, or statuesque Karolina Kurkova opening the show in a strapless black dress with lace detailing. I think it was the latter. The models wore cowboy hats, black cowboy hats of course. The Cushnie et Ochs women is fierce, dominant and sexy. This always shines through in their collections. From the sheer and lace paneling, the list goes on.

Crisp whites (a favourite of mine in Cushnie et Ochs show was featured. Look 9 was a white off the shoulder dress with a flattering cut out in the neckline. Chartreuse's and teals were also shown in the glorious show. A recurring trend; holographics, were also presented on the runway at Milk Studios. Fur and velvet were also used.

My favourite look of the collection was the strapless teal deep V-neckline and thigh high split velvet dress. It was so stunning.

The Cushnie et Ochs girl went south (to Texas) and the splits went north. Most of the hemlines were respectable and some were playful and oh so sexy. Stylists will be clamouring for pieces for their clients. Emma Roberts would look exceptionally well in the looks.

Yet again the duo have not let me down. Designer duos have that tendency. I look forward to next seasons showcase.

Posted by Paulidoodles at 1:31 PM