Anthony Vaccarello to me is a fascinating designer. There is something about his designs which are über sexy but yet there is a great deal of elegance about them. The Vaccarello women isn't promiscuous but very strong willed and a warrior women of sorts. She empowers herself and others.

Polish model and editor of 25 opens or closes or just walks in Anthony's presentations at Paris Fashion Week for the past few seasons. Her protruding hipbone was the talk of last years Costume Institute Met Gala. That white gown with more than one slash was almost offensive for some. I on the other hand was fascinated.

For Spring Anthony showed gold buttons embroidered to skirts, dresses and coats, see through sporty tops and chic blazers. These clothes are all lust-worthy. They leave a lasting impression, like the designer. At. Vaccarello's show you can guarantee you've seen a dress which will be worn off the runway in less than a week, probably at a party in Paris by an It girl... Anna Dello Russo springs to mind.

Anthony's future is unpredictable. I can see him one day at bigger houses like John Galliano, Azzaro or even Pucci. I am excited to see the paths Vaccarello chooses in the fashion world. Whether they be expand his eponymous label or take over a bigger one... Who knows what the future holds? 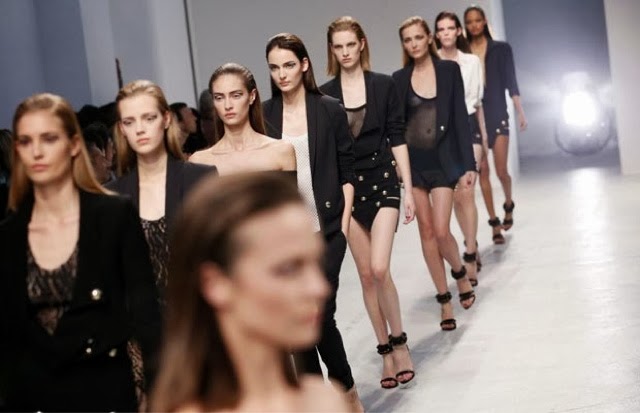